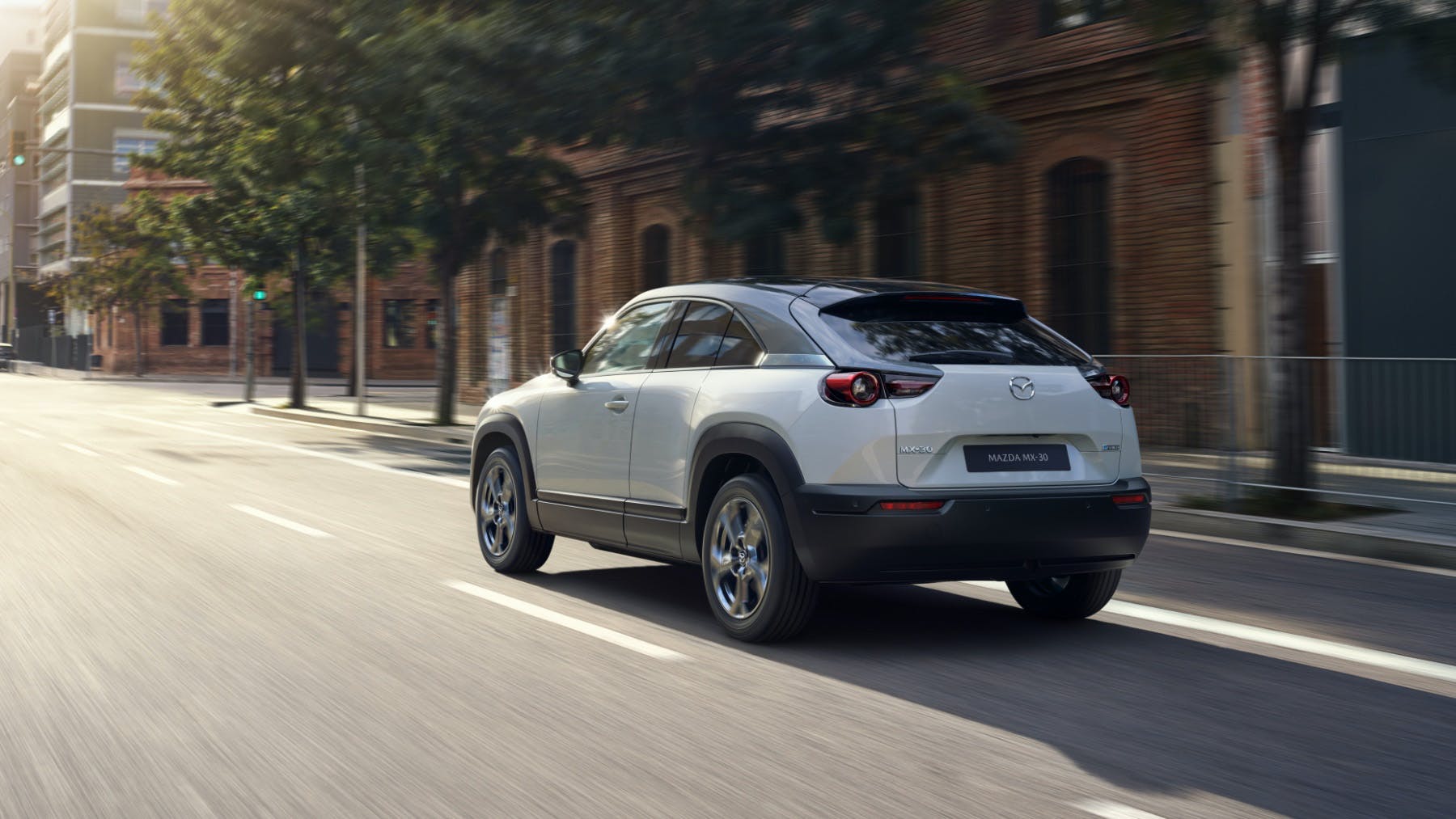 The Mazda MX-30 PHEV with a rotary engine as its range extender appears to have been delayed. According to a new report from Automotive News, the company has put its signature engine on the hold and doesn’t know when it will release it. Originally part of a multi-pronged electrification approach, the rotary engine was going to serve as a range extender in the plug-in hybrid variant of the Mazda MX-30 and be sold alongside an all-electric variant.

“We are still considering using a rotary engine as a range extender, but the timing of its introduction is undecided,” Mazda spokesman Masahiro Sakata told Automotive News. The company’s commitment, however, appears to be shaky because several Japanese media outlets have reported it has scrapped the plans for the rotary engine range extender. Automotive News cites Nikkei and Nikkan Jidosha Shimbun for reporting that Mazda canceled its plans to use a rotary range extender. Mazda declined to provide a comment to the outlet.

Before news of it canceling its rotary engine range extender surfaced, Mazda intended to use one in the MX-30. It was supposed to be a series hybrid setup meaning the electric motor was the only one turning the wheels while the engine acted strictly as a generator. Citing Nikkei, Automotive News also noted that the battery for the MX-30 PHEV was to shrink down to 10-kWh from the all-electric version’s 35.5-kWh. The latter was only rated for 124 miles per charge on the WLTP cycle, meaning it will likely break the 100-mile mark on the more conservative EPA tests.

Plug-in hybrids and range extenders were scheduled to enter the Mazda lineup between 2022 and 2025. It now appears you have to wait a little longer for an electrified Mazda in the U.S. if you don’t live in California. Mazda pitched the rotary engine as an ideal fit to series hybrid applications earlier this year.

Should Mazda decide to add a PHEV to its lineup without the rotary engine, it’s likely going to use a more conventional setup with a 2.0-liter I4 instead. The MX-30’s platform is able to accommodate pure electric, hybrid, and internal combustion configurations, giving plenty of flexibility. In other markets, a mild hybrid with a 24-volt battery is also offered alongside the battery-electric variant.

The MX-30 is the first opening salvo of Mazda’s electrification offensive. It will be followed by vehicles on the brand’s new rear-drive-based platform, which will underpin the successors to the Mazda6 and Mazda CX-9, and the next CX-5. Those will also use a new eight-speed automatic transmission and an available inline-six engine with varying levels of electrification. Mazda also has a new four-cylinder-based plug-in hybrid system, which will likely be used on smaller vehicles for longitudinal and transverse applications. Its first hybrid will be built at the Alabama plant cooperated with Toyota and will use the Toyota Hybrid System II.

In addition to its in-house platforms, Mazda will also be using a dedicated architecture for its battery-electric vehicles. We suspect that this is another version of Toyota’s upcoming e-TNGA platform, which several automakers will use, including Subaru, Toyota, Lexus, Daihatsu, and Suzuki. Mazda was also one of the initial members of the EV C. A Spirit Corporation, which was established together with Denso and Toyota as a partnership to co-develop electric vehicles.

Written by Stefan Ogbac
Follow Author
RELATED ARTICLES
Next generation Mazda MX-5 Miata is getting electrified: Report
Mazda will launch 13 electrified vehicles globally by 2025
Ford and Mazda’s future electrified offerings take aim at the Subaru Outback and its dominance
How-to use camp mode in your Tesla
RELATED ARTICLES
JOIN THE EV PULSE NEWSLETTER
Receive weekly updates on each of our electrifying articles.