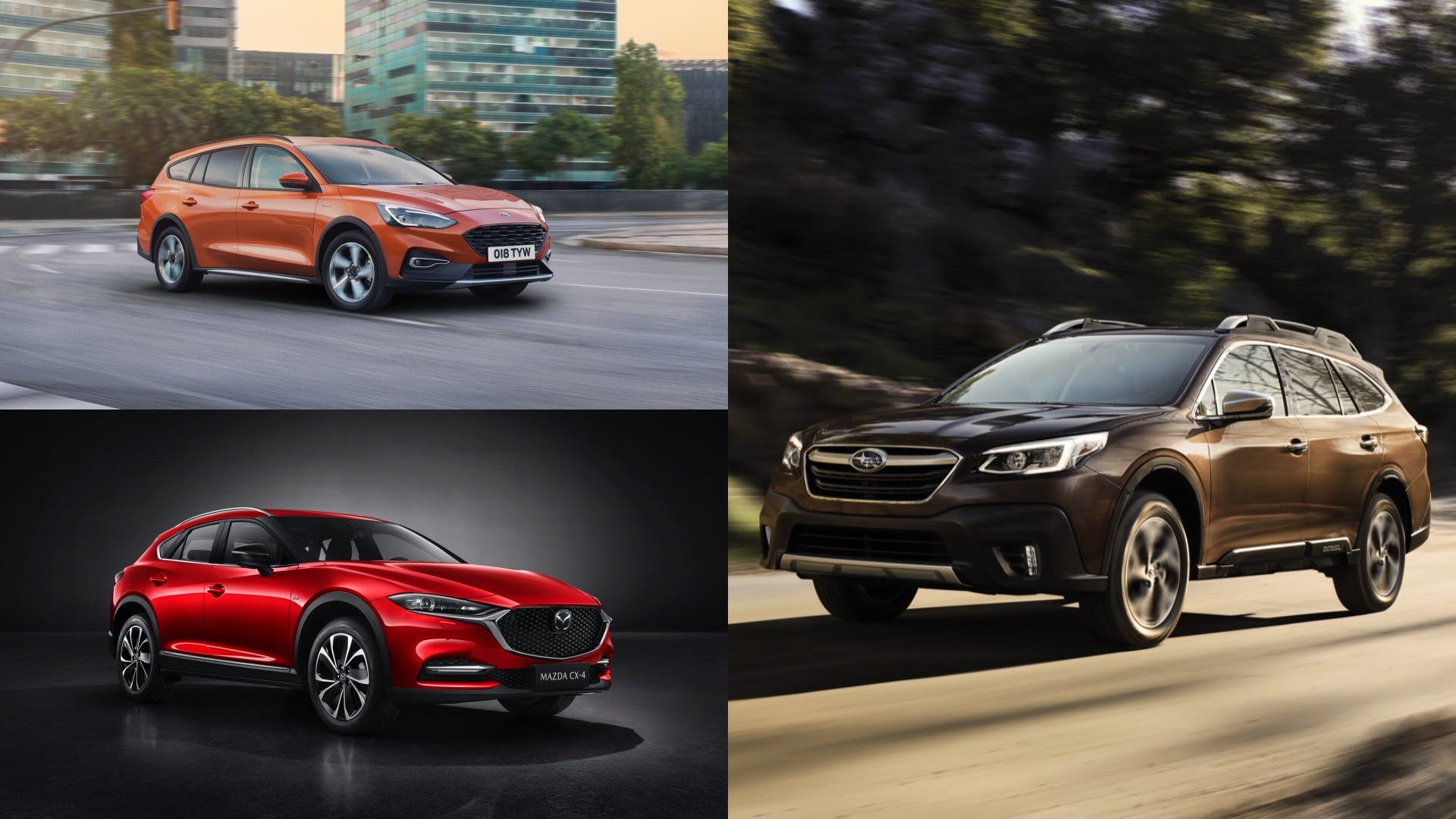 It’s no secret that many automakers want to replicate Subaru’s success with the Outback. No other wagon sells in higher numbers and because it’s tall, rugged, and practical, it appeals to so many consumers. That includes enthusiasts, many of which turn their Outback’s into rugged outdoor utility vehicles to go just about anywhere they please. Other brands have tried to step up to the plate to challenge the Outback but Subaru’s formula always seems to have a way to come out on top. Now, Ford and Mazda aim to bring the fight to Subaru with electrified models.

Remember the Fusion? That mid-size sedan Ford used to sell? Yeah, that one. Well, it’s turning into a rugged wagon-like crossover. Likely called the Fusion Active, this new rig will slot above the Focus Active that other world markets get. In the U.S., this rig will slot neatly between the Escape and Edge in terms of size. The Fusion Active will be the closest thing to a traditional car in Ford’s lineup since it’s essentially a slightly raised wagon.

Powering the Fusion Active will be the same hybrid system used in the Escape Hybrid. That means a 2.5-liter four-cylinder coupled to an electric motor, a lithium-ion battery, and an electronically controlled CVT. Unlike the Escape, the Fusion Active will get AWD standard. This will likely be similar to what you find in the Lincoln Corsair Grand Touring, meaning a second electric motor will be mounted on the rear axle. The Fusion Active could also get more power at around 220 hp combined. A plug-in hybrid variant with a larger battery could also be in the cards and may have the same 266 hp combined as the Corsair Grand Touring.

Ford isn’t the only one aiming at the Subaru Outback because Mazda is also preparing a competitor. Wait a minute, are they finally bringing the CX-4 from the Chinese market? Nope. This crossover is all-new but it will likely resurrect the CX-7 name after a nearly 10-year absence. That means it’ll slot between the bestselling CX-5 and the three-row CX-9, putting the CX-7 squarely in the same segment as its main bogey, the Subaru Outback.

Mazda will build its Outback competitor in the U.S. alongside a yet-to-be-named Toyota model at the Huntsville, Alabama plant. Why does this matter? Because this wagon-like crossover will be Mazda’s first hybrid vehicle in North America. The CX-7 will use a Toyota-sourced hybrid system; however, we don’t know whether Mazda will use its own engine or not as the foundation. If it does, the most obvious choice will be the naturally-aspirated 2.5-liter four-cylinder used in the CX-30, Mazda3, Mazda6, and CX-5. Like most Toyota hybrids, Mazda will likely do an e-AWD system by adding an electric motor in the rear axle. Expect the power output to be similar to hybrid variants of the Venza, RAV4, and Highlander. It’s not known if Mazda is also planning to incorporate a plug-in version.

Both the Ford Fusion Active and Mazda CX-7 are looking to electrification to give themselves a distinguishing factor. The Mazda will likely be the driver’s choice since that’s been their distinguishing factor. Expect the Fusion Active to feature the latest driver assistance technologies with CoPilot360 likely standard across the lineup. Whether these are enough to give the Subaru Outback a run for its money remains to be seen.