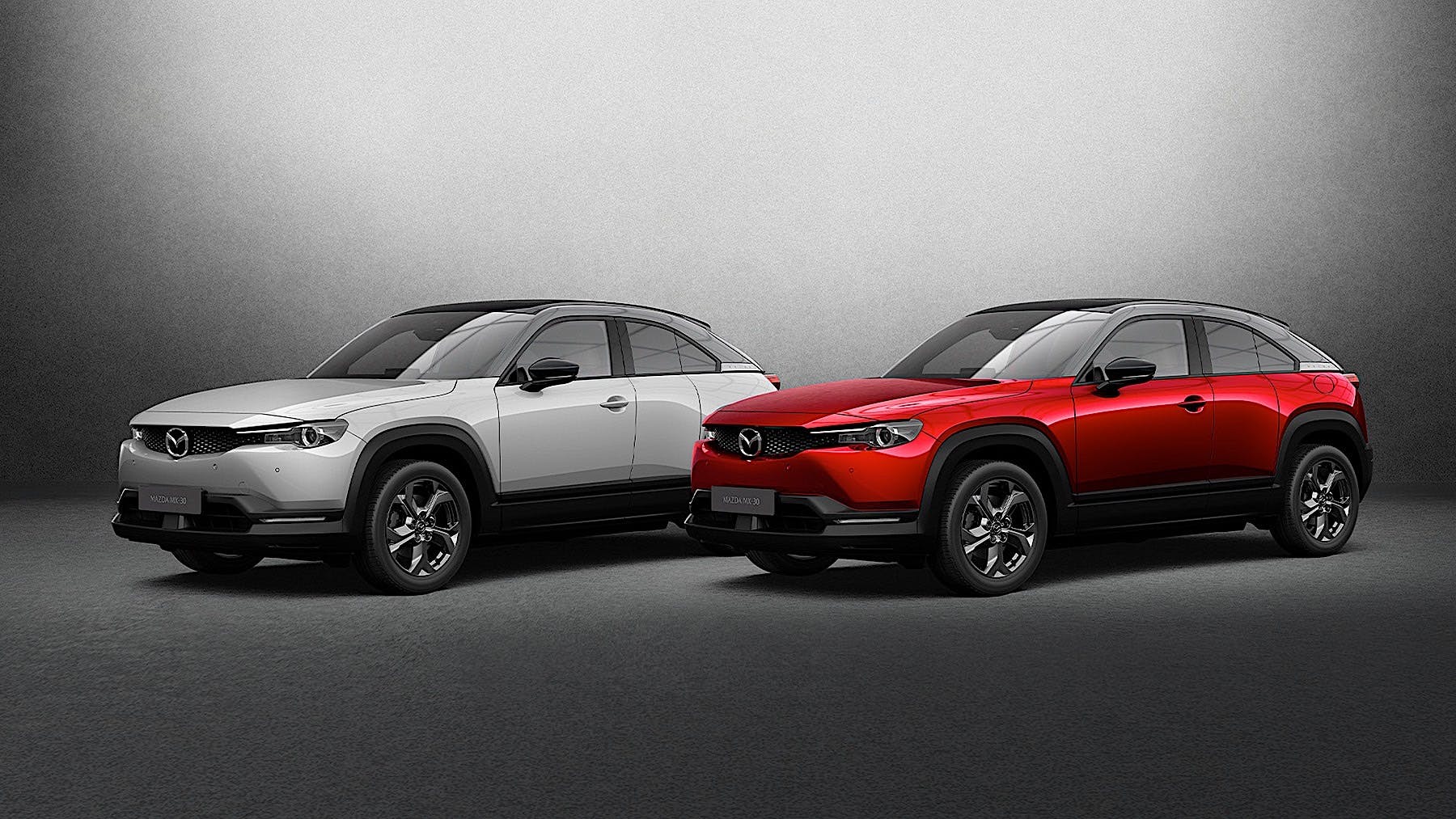 Mazda’s first electrified vehicle, the MX-30, will finally come to the United States. First introduced at the 2019 Tokyo auto show, the MX-30 has been on sale in Europe and Japan for some time now in all-electric or hybrid flavors.

Powering the Mazda MX-30 is an electric motor with 144 hp and 200 lb-ft of torque that’s backed by a 35.5-kWh battery. It will also get a rotary engine acting as a generator to extend the vehicle’s range. “The rotary generator will mark the return of our unique rotary powertrain,” said Jeff Guyton, President of Mazda North American Operations. “This technology is being engineered for nearly silent operation and will replenish the battery rather than drive the wheels. As a result, the MX-30 will always drive like the engaging EV that it is, but with the freedom to charge from the wall or on the go.”

In addition to level 2/240-volt charging at home, the Mazda MX-30 will be capable of level 3 DC fast charging. The latter allows the battery to get replenished to 80 percent in 36 minutes. Mazda will partner with ChargePoint to offer MX-30 owners charging solutions. More details will be announced at a later date.

The MX-30 is the first of a full range of electrified vehicles that Mazda plans to introduce and will be offered in all-electric or plug-in hybrid variants. A conventional hybrid crossover will also be added and built in the new Huntsville, Alabama facility that will also build a Toyota vehicle. Mazda will also add another plug-in hybrid model that will be underpinned by the upcoming large, rear-drive-based platform.

When the Mazda MX-30 goes on sale this fall, it will initially be available only in California.