Mazda MX-30 to come to the U.S. with a rotary range extender: Report 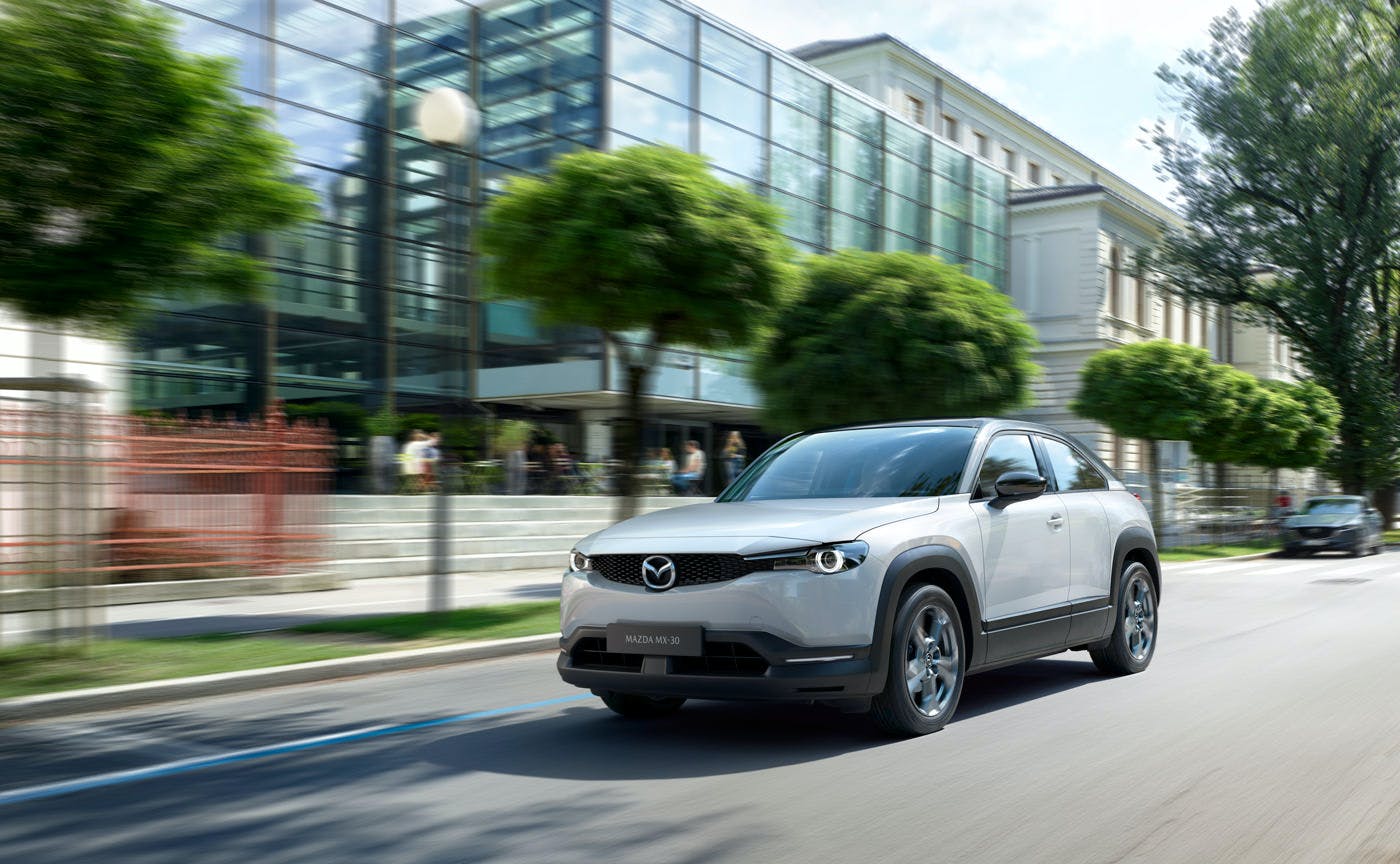 It’s been some time since Mazda showed off the MX-30 in production form. Now on sale in other global markets as an electric vehicle, the MX-30 is finally coming to the U.S. according to a recent interview with Jeff Guyton, Mazda North America’s president. Guyton revealed to The Detroit Bureau that the MX-30 won’t come to the U.S. as a pure EV. Instead, it’ll feature a range extender in the form of a rotary engine, turning it into a plug-in hybrid.

In its current guise, the MX-30’s electric motor makes 141 hp and 195 lb-ft of torque. The lithium-ion battery isn’t very big, either, at 35.5-kWh. The total range is only 124 miles, which is on the low end. Many dedicated EVs in the U.S. is good for at least 200 miles on a charge. For the U.S., the rotary range extender should give the MX-30 a little more range; we’re hoping that the plug-in variant can travel farther, especially now where there are PHEVs with over 300 hp that can go 600 miles.

By 2025, Guyton notes that nearly Mazda’s entire U.S. lineup will be electrified. The crossover that Mazda plans to build at the Alabama plant will use a Toyota hybrid system. A new large car platform, which is expected to underpin the successor to the CX-9, is being developed with plug-in hybrid powertrains in mind. Mazda’s new engine lineup also includes electrified versions of its four-cylinder mills and the upcoming straight-six. There’s no set date yet on when Mazda is bringing the MX-30 to the U.S. but the word around is that it’s arriving in 2022.