Lamborghini going only hybrid from 2024, first BEV second half of decade 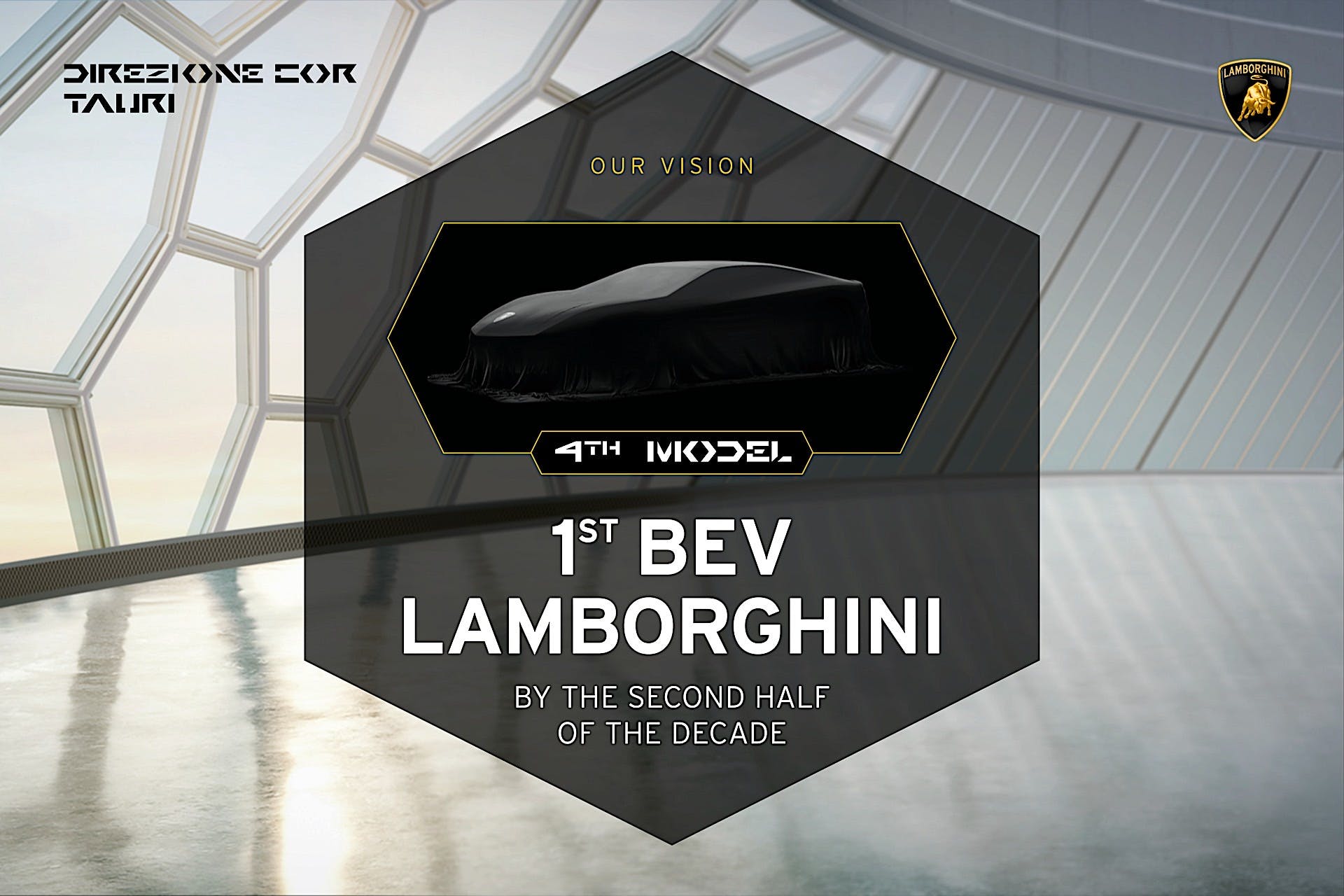 Lamborghini has announced its electrification plans dubbed Direzione Cor Tauri, which aims to cut the carbon footprint of its vehicles and the Sant ’Agata Bolognese facility. The brand aims to preserve its focus on performance as it electrifies its lineup by following a holistic approach to sustainability without sacrificing its identity.

“Lamborghini’s electrification plan is a newly-plotted course, necessary in the context of a radically changing world, where we want to make our contribution by continuing to reduce environmental impact through concrete projects,” said Lamborghini President and CEO Stephan Winkelmann. “Our response is a plan with a 360-degree approach, encompassing our products and our Sant ‘Agata Bolognese location, taking ustowards a more sustainable future while always remaining faithful to our DNA.”

The years 2021 and 2022 will culminate with the addition of two new V12-powered cars as a celebration of the internal combustion engine. In 2023, Lamborghini will transition to hybrid powertrains with the first electrified model launching that year. By 2024, the entire Lamborghini lineup will be electrified. Over the next four years, Lamborghini will spend $1.8 billion, the largest in its history, to electrify its lineup. During the second half of the decade, Lamborghini will introduce its first battery-electric vehicle, the fourth member to its lineup.

By 2025, Lamborghini plans to cut its product’s carbon emissions by 50 percent. The Sant ‘Agata Bolognese facility became a carbon-neutral site in 2015 and has recently doubled in size. It is also committed to social responsibility as part of its pivot toward sustainability.