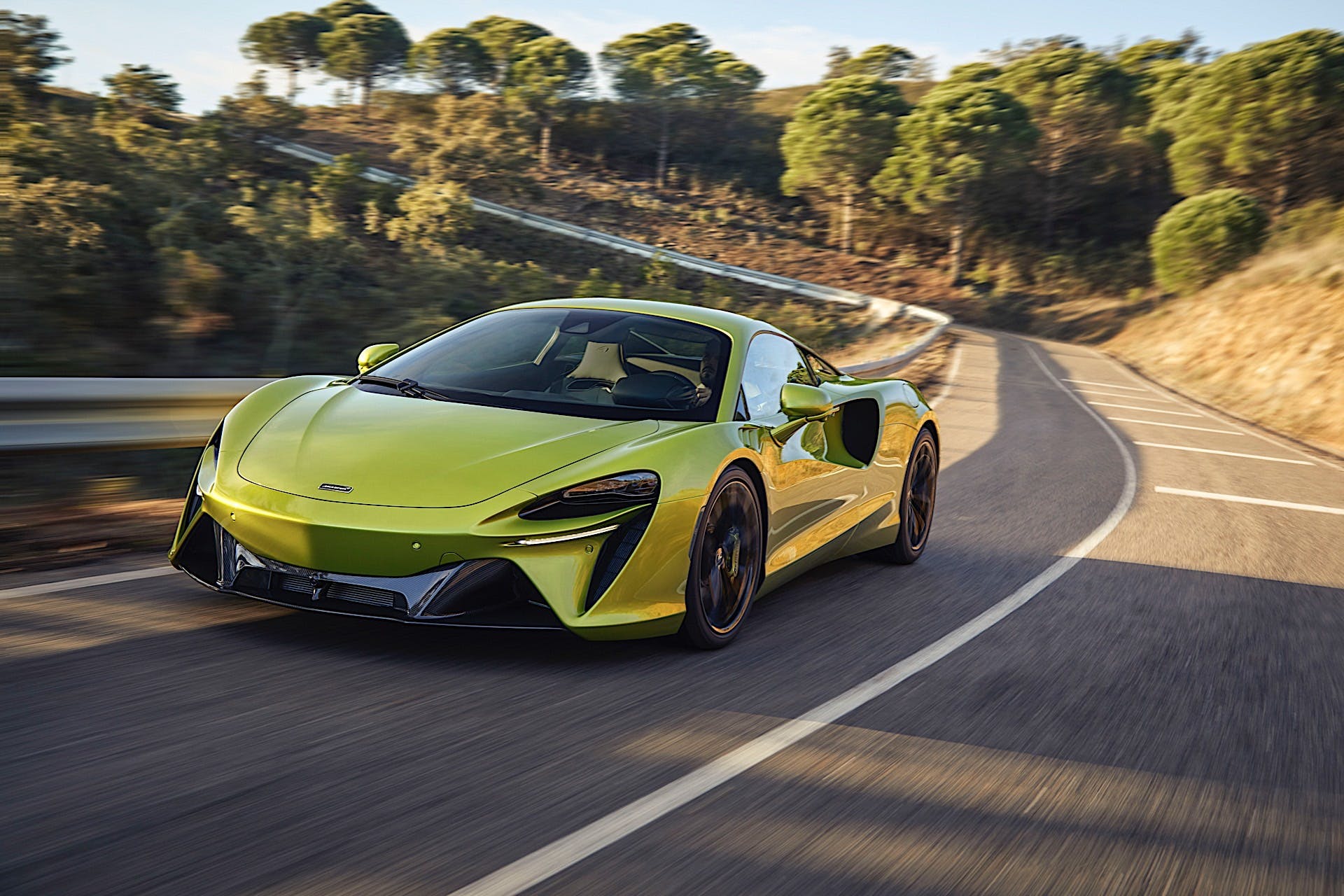 There’s a new supercar from McLaren about to hit the streets, and it’s powered by a turbocharged V6 hybrid. It’s the Artura, and it gives us a look at the future of McLaren.

The electric motor generates 94 bhp and 166 lb-ft of torque. It has a lithium ion battery pack with 7.4 kWh usable, meaning this supercar can drive 19 miles on electricity only.

McLaren is anticipating to have 50+ mpg on the European testing cycle.

The Artura is the first McLaren to have an electronically controlled differential. It’s integrated into the transmission to save packaging and weight, and McLaren says it gives the company more control than a mechanical unit.

For those who daily drive their McLaren autos, the Artura is the first McLaren to offer advanced driver assist functions. You can now get a McLaren with full stop adaptive cruise control, lane departure warning, plus the ability to read traffic signs.

We have a full gallery below, but the exterior is quite stunning, with a front end that mixes some of the best elements of the 720S and 765LT and combines it with a bumper design of the 600LT or 570S.

The angled body pieces at the rear of the car are particularly stunning in the green exterior paint.

The car is available to order now, with four trims available in the United States. It starts at $225,000, and that includes a nose lift, power folding mirrors, soft close doors, power adjustable seats and a Homelink garage door opener.

And yes, we want one.