Honda will only sell hybrids and EVs in China after 2030 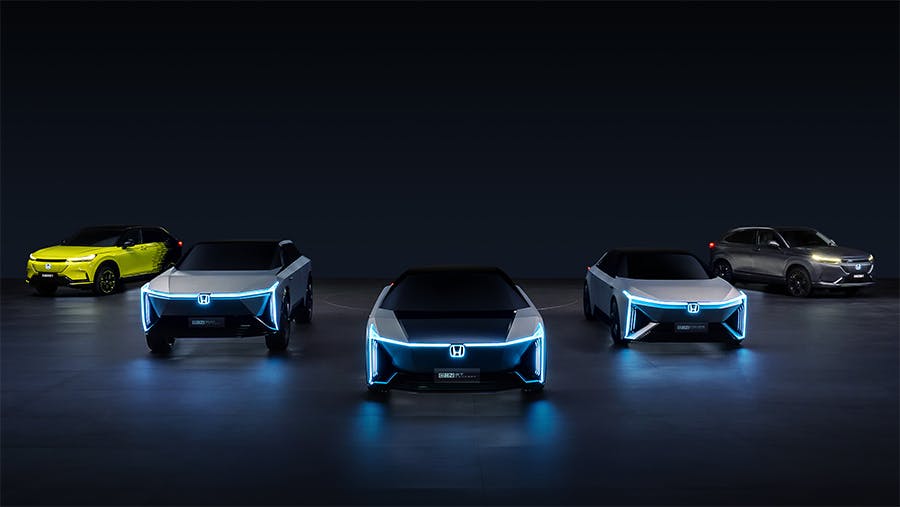 Honda has outlined its electrification strategy for the Chinese market, which will only get hybrids and battery-electric vehicles after 2030. Over the next five years, it will introduce 10 EVs in its new e: N series with the e: NS1 and e: NP1 going on sale first. Three more concept cars are being developed to turn them into production models over the next five years. Honda is also building a network to support the sale of these EVs in major cities.

This latest announcement is part of Honda’s larger plan to go all-in on battery-electric and hydrogen fuel cell vehicles by 2040. Honda will gradually build up to this by targeting 40 percent of vehicle sales in 2030 to make up of EVs and FCVs before doubling to 80 percent in 2035. The e: NS1 and e: NP2 are scheduled to arrive in the spring of 2022, which will be underpinned by a new platform developed specifically for EVs. Honda also plans to export these vehicles from China where they will be built. Both vehicles appear to be electric versions of the global market HR-V and Vezel, and Honda promises that they’ll have a sporty driving experience.

Honda previewed the next three vehicles in its upcoming e: N series. The e: N Coupe, e: N GT, and e: N SUV concepts preview three new battery-electric models bound for the Chinese market. These will feature a new user interface that includes a digital cockpit. To support its electrification plans, Honda will deepen its collaboration with CATL for batteries, and build the vehicles in sustainably powered facilities with the production of the next three e: N series models expected to start in 2024.

Part of Honda’s EV initiative also includes adding its newest driver assistance suite as standard equipment to all of its vehicles in 2022 starting with the Chinese market. By 2030, Honda vehicles on all major markets should have the new suite. Called Honda Sensing 360, this new system removes the vehicle’s blind spots by adding five millimeter-wave radar sensors at each corner of the vehicle. This adds new capabilities like front cross-traffic alert, collision mitigation capability during lane changes, automatic lane changing, and cornering speed assistance. The new cameras also enable the front automatic emergency system to work in intersections.

The vehicles developed as part of the new e: N series lineup are likely the first on Honda’s in-house built platform for battery-electric vehicles. Likely, the U.S. won’t get them right away because they’re likely targeting these vehicles for global markets like Europe, Japan, and China where there are strict emissions regulations. Honda hasn’t revealed much about its new EV architecture but we expect it to offer fast DC charging capabilities. However, the batteries will likely be on the smaller side for the e: NS1 and e: NP1 considering their subcompact dimensions.

In the U.S., Honda and its luxury arm, Acura will debut their first battery-electric vehicles in 2024. Both models will be crossovers with the Honda wearing the Prologue nameplate. Acura hasn’t revealed what its electric utility vehicle will be called. Both models will be codeveloped with General Motors and use Ultium batteries and powertrain components. That should allow these EVs to travel over 300 miles on a charge. Additionally, this partnership will effectively give the first Honda and Acura EVs 800-volt charging architectures, enabling them to charge quickly on a DC charger.

Written by Stefan Ogbac
Follow Author
RELATED ARTICLES
Honda Prologue teased as brand’s first volume battery-electric vehicle
Honda Clarity discontinued after 2021 model year
Honda aims to have 100% EV sales in North America by 2040
Can you charge a Tesla with the Pro Power Onboard generator on the Ford F-150 hybrid?
RELATED ARTICLES
JOIN THE EV PULSE NEWSLETTER
Receive weekly updates on each of our electrifying articles.