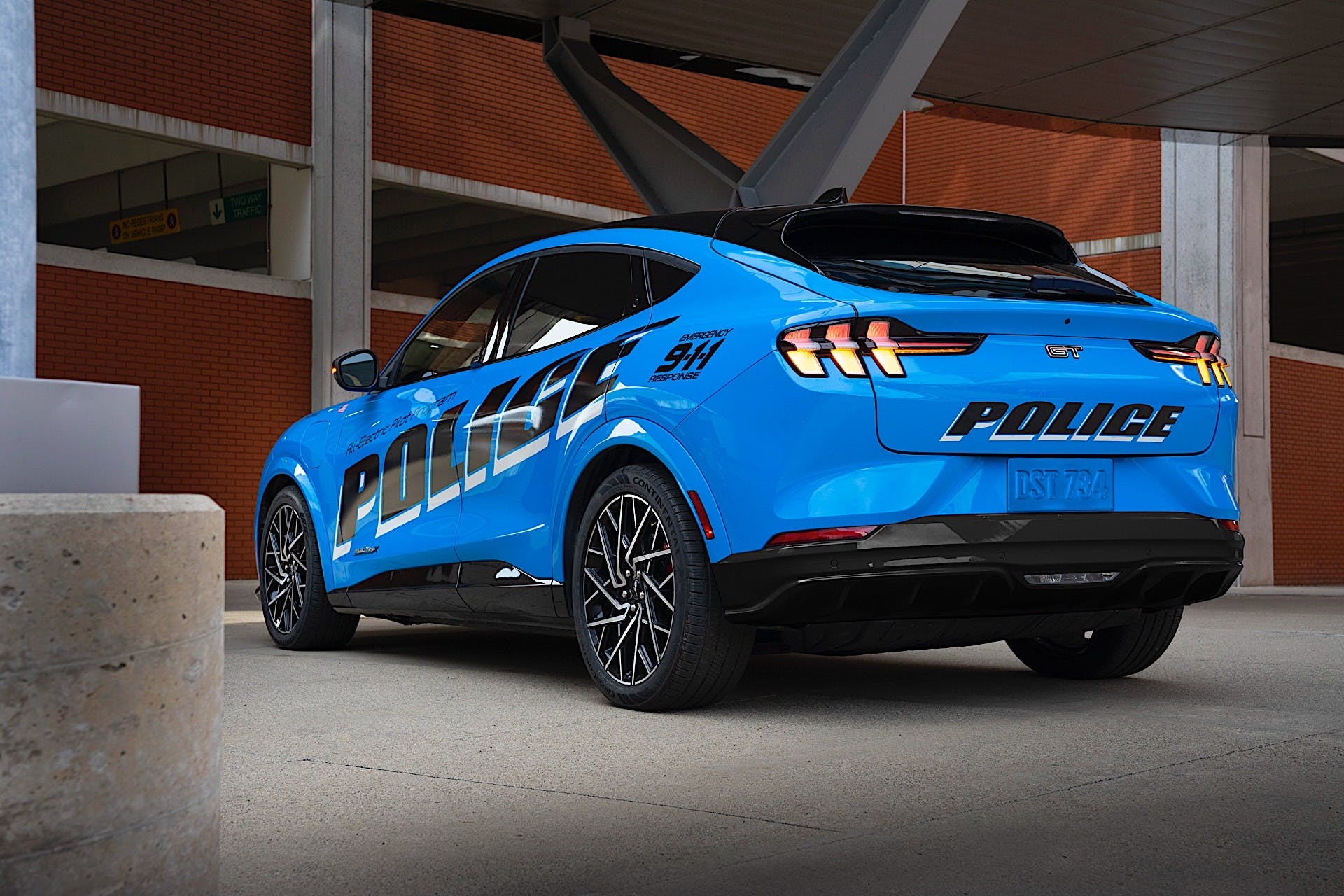 The Ford Mustang Mach-E has aced the testing regimen of the Michigan State Police. Ford entered its all-electric crossover for consideration to explore the possibility of building purpose-built battery-electric vehicles for use by law enforcement as part of a larger $30 billion investment in electrification by 2025. A Mach-E donning police decals were submitted to the Michigan State Police for evaluation, which took place on Sept. 18 and 20.

“The fact that the Mustang Mach-E successfully stood up to the grueling Michigan State Police evaluation demonstrates that Ford can build electric vehicles that are capable, tough, and reliable enough for even the most challenging jobs,” stated Ted Cannis, CEO of Ford Pro. “We understand the needs of our commercial customers and are committed to unlocking new electrification opportunities for them.” The final results of the tests that the Mach-E was put through will be published later this fall.

This isn’t the first time that the Mach-E was submitted for evaluation to law enforcement agencies. In the United Kingdom, Ford built one for the police force there to put through their tests. The example they submitted was a standard range AWD example but Ford is also planning to offer long-range and RWD models to law enforcement in the U.K.

Ford, however, seems to have submitted the hottest version of the Mustang Mach-E for evaluation by the Michigan State Police. Based on the photos released, the vehicle that was submitted was a Mach-E GT. That means it has a 92-kWh battery and two electric motors making a combined output of 480 hp and 600 lb-ft of torque. On a single charge, the Mach-E GT can travel the same 270 miles as the AWD Mach-E Premium. Using a DC charger, the Mach-E can recuperate 61 miles in 10 minutes or charge from 10 to 80 percent in 45 minutes thanks to its ability to hit peak rates of 150 kW.

In addition, the Mach-E GT is also available in the Performance Edition variant. This version gets a torque increase to 634 lb-ft, MagneRide magnetic suspension, summer performance tires, and Brembo front brakes. Its range, however, decreases to 260 miles per charge but the 0 to 60 mph run decreases by 0.3 seconds to 3.5 seconds.

With the CoPilot360 Active package, your Mach-E will gain BlueCruise, Ford’s hands-free semi-autonomous driver assistance feature. This will let you drive hands-free on roads dubbed hands-free blue zones, totaling over 100,000 miles. A forward-facing camera keeps an eye on the driver to make sure he/she is paying attention to the road ahead.

If it gets approved for fleet use, the Mach-E will be the latest Ford vehicle to serve in law enforcement. The Ford Crown Victoria is one of the longest-serving police interceptors in the United States. Other Ford vehicles that have served as law enforcement vehicles include the last generation Taurus and the previous-generation Explorer. The latest Explorer is also on duty and features the hybrid powertrain and AWD as standard equipment