Watch: We ride in the Ford Mustang Mach-E GT Performance Edition so you don’t have to 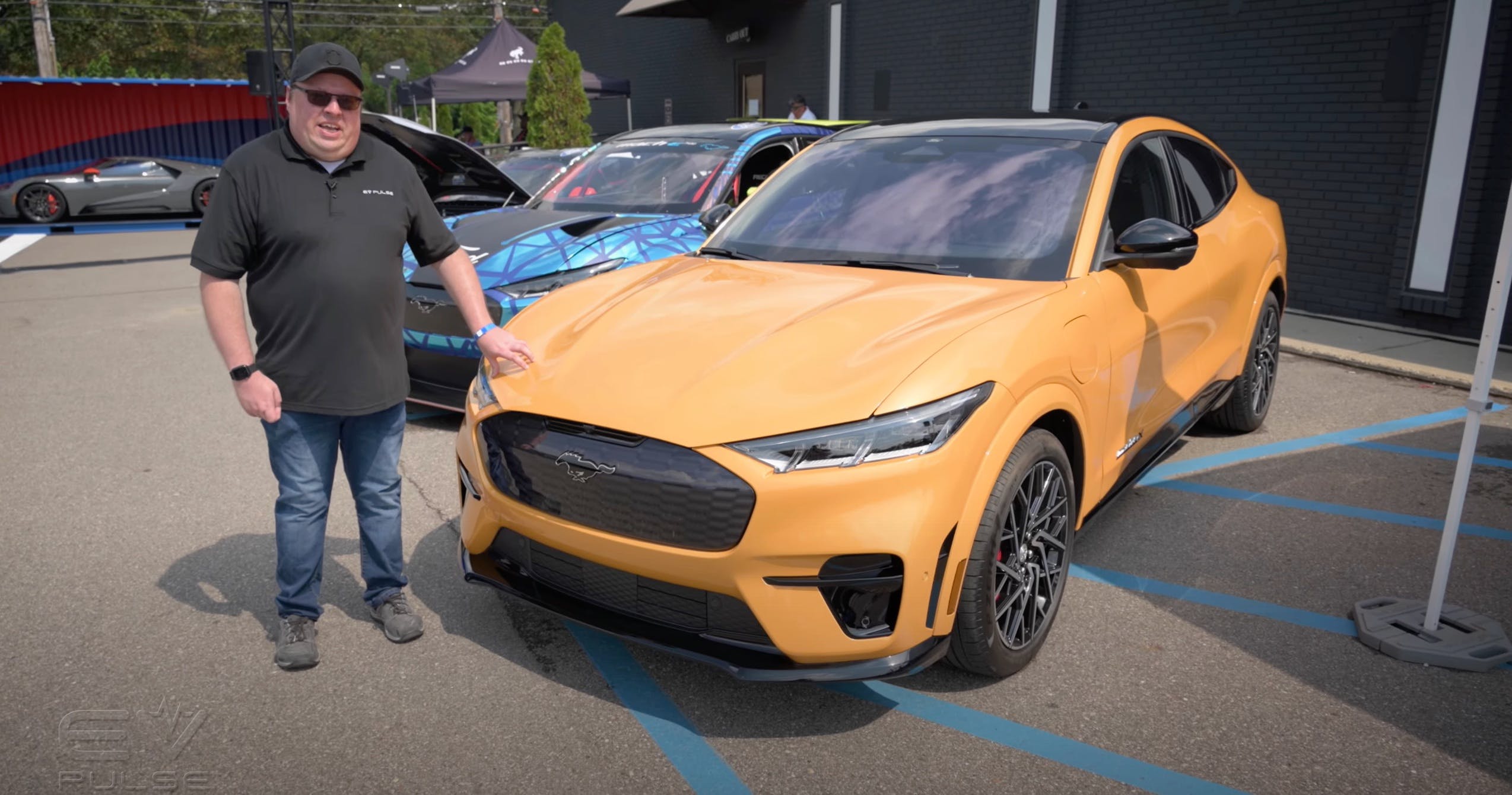 Last week was the 2021 Woodward Dream Cruise in Detroit. For the past several years, Ford was the title sponsor of the event, and the company brought out some goodies for the media to experience.

While M-1, Woodward Avenue, is often a parking lot on the Friday and Saturday during the week, there are other opportunities to actually cruise the boulevard and even reach the posted 45 mph speed limit.

We had a chance to hop into a 2021 Ford Mustang Mach-E GT Performance Edition with an engineer from Ford behind the wheel to feel the performance of the car’s 480 horsepower and 634 lb-ft of torque.

We’ll be the first to admit that riding shotgun in a car isn’t the same as driving, but we’ll be doing that later this year. This, however, is a good opportunity to feel the acceleration and draw some conclusions about how the Mach-E GT stacks up against some of the competition.

The car feels quite playful from the passenger seat, allowing a little bit of shenanigans before the computer intervenes. As we said in our Mach-E first drive, we define a Mustang by being fun, and the Mach-E is fun (even if it’s a different type of fun from the gas-powered car).

For the rest of our impressions riding along in the Mach-E GT, you can check out the video.

We look forward to bringing you a full review of both the standard GT and Performance Edition models later this year, include real-world range testing and measured performance metrics.