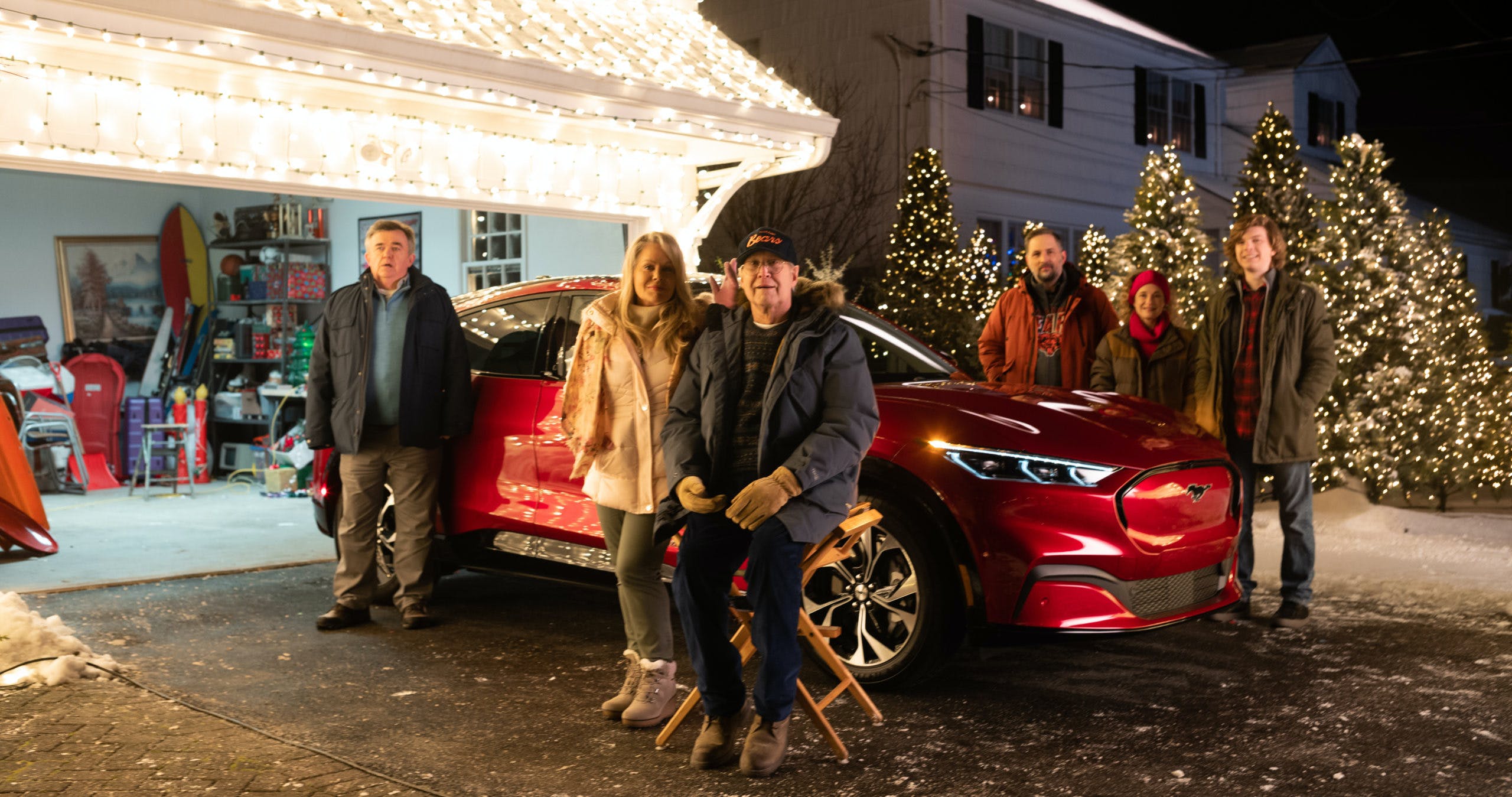 Aside from “Die Hard,” one of the best Christmas movies made was “National Lampoon’s Christmas Vacation.” In that movie, an iconic scene involves Clark Griswold trying to light up the house’s holiday lights.

Griswold, played by Chevy Chase, is back with a remake of that famous scene. Alongside his wife Ellen, played by Beverly D’Angelo, stand in front of the house trying to turn on the lights. Ellen goes into the garage and plugs in the Mach-E, after turning on the switch for the power to the lights, and everyone ends up paying more attention to the car in the driveway than Clark’s lights.

“It’s great to be back for another Christmas with my on-screen family and its rotating assortment of kids – and I have Ford and Mustang Mach-E to thank for paying me to do it,” said Chase. “I suppose you’re expecting some sort of riff on electric cars, but I can say with 85% certainty that this thing probably won’t cause any blackouts in your neighborhood when you plug it in.”

Amusingly, D’Angelo points out that the kids in this short are different from the other movies. Actually, the kids aren’t usually the same actors across different “Vacation” movies.

“My favorite side kick role is playing Ellen Griswold to Chevy’s Clark, my one and only Sparky,” D’Angelo said. “But this year, the brightest spark is the Mustang Mach-E in the driveway! Please don’t tell him I said that. I’m already in trouble for bringing a different set of kids every time we go on a vacation.”

Broadway Video, the creators of Saturday Night Live, put this little production together, and it’ll air during the SNL Christmas special on December 22.