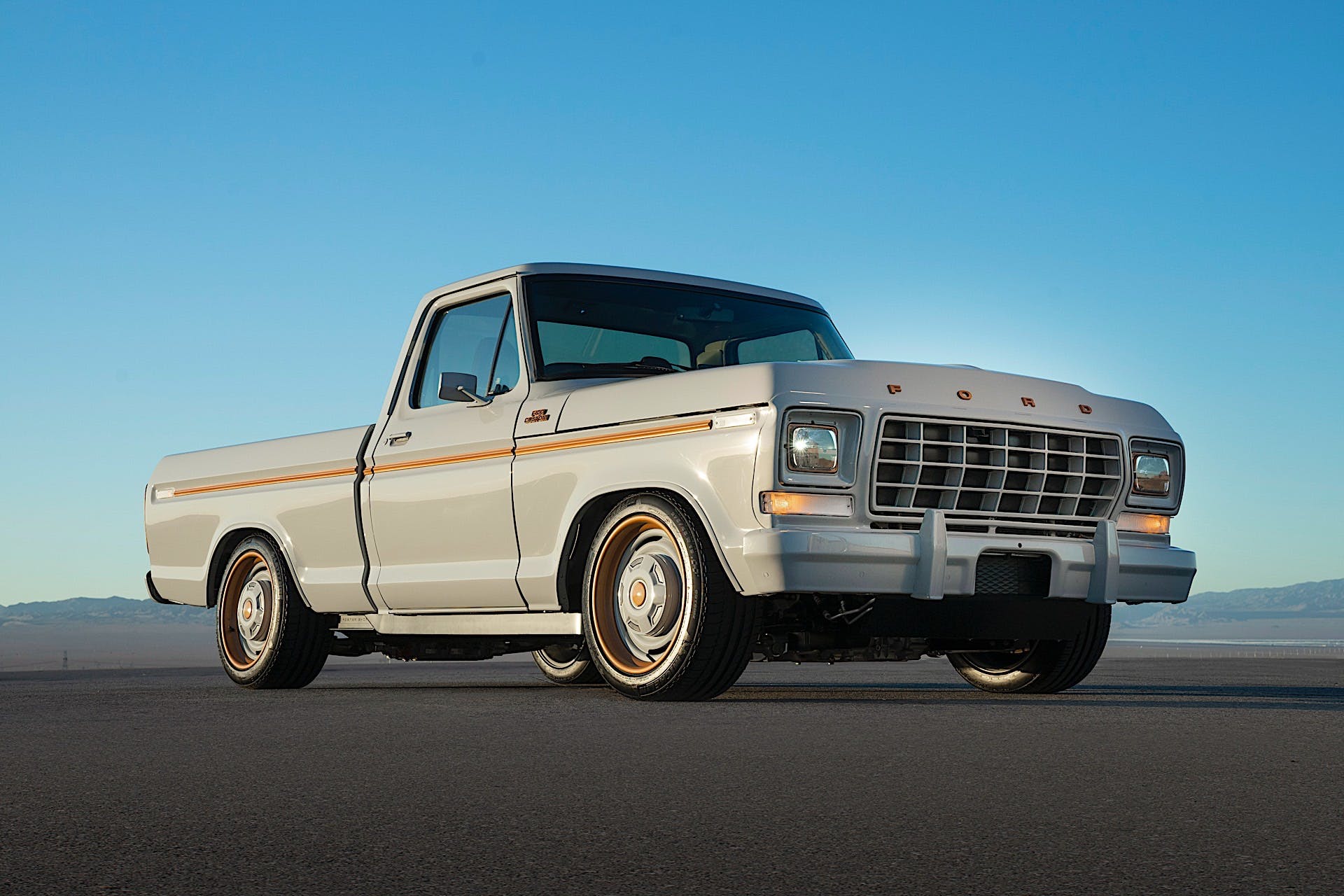 Ford has gone all-in on EV customization through its Ford Performance Parts division and it’s showing an electric crate motor at the 2021 SEMA show. Based on a vintage 1978 F-100 pickup, the Ford F-100 Eluminator Concept demonstrates the wide range of possibilities with electrified powertrains. This show car uses the same two electric motors from the Mustang Mach-E GT Performance Edition, which means it makes 480 hp and 634 lb-ft of torque. Ford Performance parts based its Eluminator crate motor on the electric performance crossover to showcase its continued support for aftermarket customization.

“Ford owners have personalized, customized, and enhanced their vehicles since the beginning — from changing looks to bringing the power,” said Eric Cin, Global Director of Vehicle Personalization, Accessories, and Licensing. “Our F-100 Eluminator concept is a preview of how we’re supporting customers as they go all-electric and embrace zero-tailpipe emissions performance, even for our heritage vehicles.”

Ford says that the performance parts and accessories industry creates around $50 billion in annual revenue. That covers hardware for everything from hot rod to off-road vehicles, mobile electronics, and vehicle accessories. The Eluminator crate motor is part of Ford’s commitment to supporting its customers as the shift to electric vehicles moves forward. It’s the first of a large portfolio of performance parts and accessories developed specifically for Ford’s battery-electric vehicles.

The e-crate motor, which has the part number M-9000-MACH-E, is now available at authorized Ford parts warehouse dealers or online at Ford Performance parts for a cool $3,900. It is targeted at builders looking to electrify a vehicle with a transverse layout and can be used on vintage cars, trucks, and SUVs. Every Eluminator crate motor makes 281 hp and 317 lb-ft and is street legal across all 50 states. Ford also intends to develop a wide range of components supporting the Eluminator powertrain with leading performance manufacturers. This includes battery systems and traction inverters, closing the loop on full turnkey aftermarket solutions for electrifying vehicles.

Several electrified vehicles will be on display at Ford’s booth at the 2021 SEMA Show. This includes the Mustang Mach-E1400 demonstration car with 1,400 hp. Vaughn Gittin Jr. drove that vehicle for exhibition rides at the Ford Out Front event at the Las Vegas Convention Center where it performed all kinds of tire-shredding shenanigans. In addition, the 2022 F-150 Lightning is also being displayed at this year’s SEMA Show alongside the Mach-E GT Performance Edition and the F-100 Eluminator Concept. Three custom versions of the former are also on hand with one customized by the Austin Hatch Foundation. That specific Mach-E GT Performance Edition was built to run at next year’s Bonneville Speed Week to try to hit 200 mph. This past weekend Ford Performance showcased the all-electric Mustang Cobra Jet 1400’s capabilities on the drag strip at the NHRA Nationals in Las Vegas.