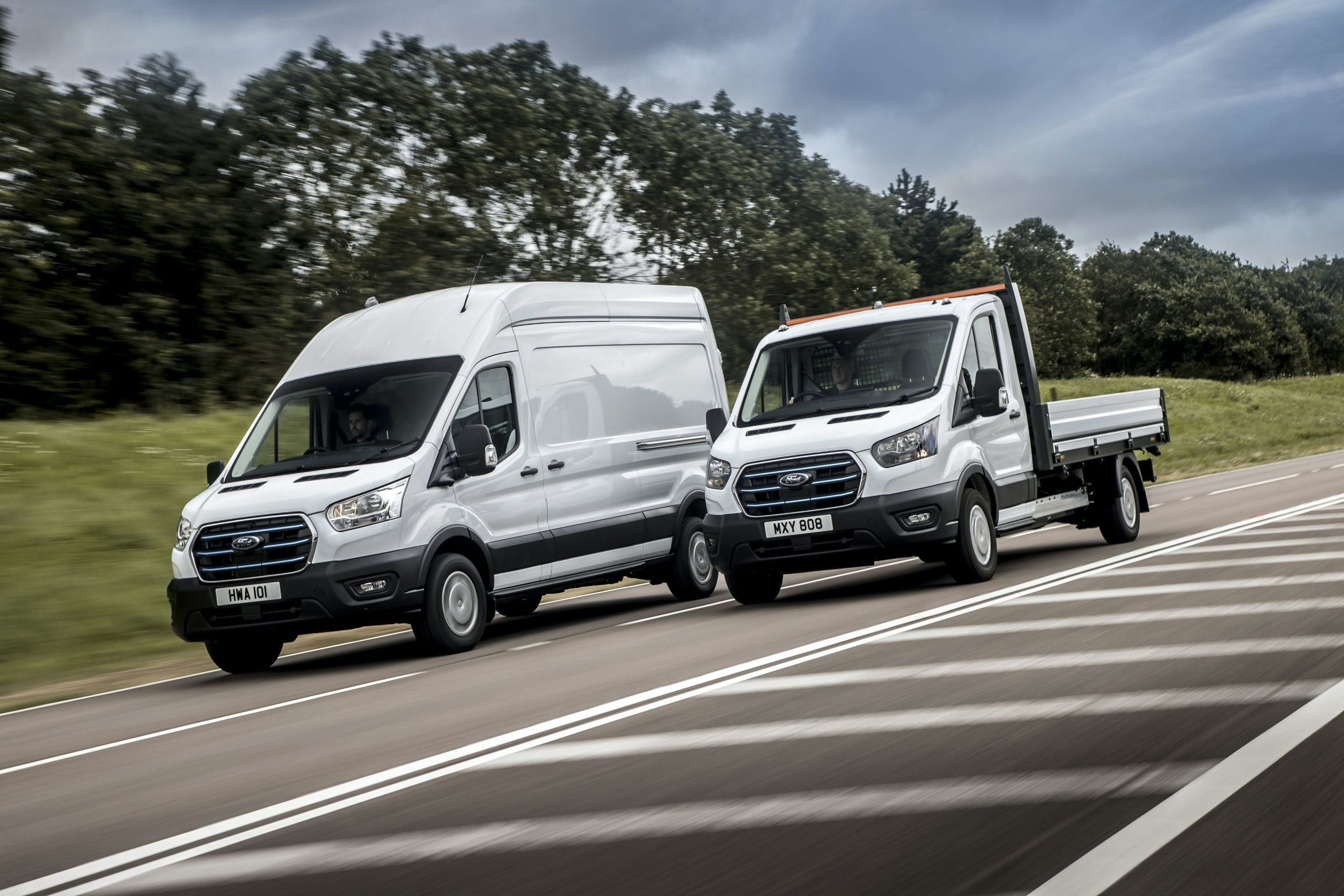 Prospective European customers of the Ford E-Transit, an all-electric version of the popular commercial van, have started trials to see how it integrates into their fleets. A total of 10 vans are being put into a series of real-world operations to evaluate their viability. These scenarios include postal, municipal, utility operations, and last-mile grocery deliveries in Germany, Norway, and the United Kingdom. Ford’s trial partners include AWD waste disposal, Balfour Beatty, the City of Cologne municipal fleet, DHL Express in the U.K., DPD, Norwegian Post, Ocado, and Recovery Nordic.

Ford has included the full range of E-Transit models including can, double cab, and chassis cab versions. Each one has a gross weight ranging from 3.5 to 4.25 tons. They have been configured to meet the wide variety of missions that current Transit vehicles in operations are performing. Trial partners will be operating the E-Transit for a period of six to twelve months. This follows Ford’s tough testing program, which is performed at its proving grounds and engineering facilities.

“We want to demonstrate that helping customers reduce their environmental impact can go hand-in-hand with improving their productivity,” said Dave Petts, market lead, urban electrified vans, at Ford Europe. “Real-world mileage in customer’s hands helps us to show the business benefits that E-Transit can deliver, as well as providing valuable feedback on usage patterns and charging behavior so that we can refine the operating experience. We firmly believe in treating our customers like family, and this program highlights the value we place on those close partnerships.”

The E-Transit was built to make sure that conversion is easily done using the same fixtures and fittings in existing Transit models. Ford-approved Qualified Vehicle Modifiers were tapped to show off the E-Transit’s versatility. Ford notes that you can easily convert the E-Transit into a grocery delivery van with a 2.3 kW onboard inverter and refrigerated box body. You can also add a box body with a walk-through bulkhead and rear air suspension, or a delivery van with bonded internal racking and a front jump seat. There’s also a drop side body for construction use complete with light beacons and weight sensors, and a caged box bed for garbage removal.

Ford’s E-Transit trials follow the plug-in hybrid variant, which covered over 150,000 miles when customers put it to the test. They also found that the Transit Custom PHEV was able to operate in all-electric mode 75 percent of the time in central London. The geo-fencing feature used in the tests conducted in Cologne, Germany also showed that it can automatically go into EV mode in areas with high pollution to minimize emissions.

The Ford E-Transit will also be available in the U.S. with a starting price of $43,295 for the cutaway or $52,690 for the high roof extended wheelbase version. Around 450 commercial customers including 200 fleet and fleet management companies have expressed interest in the van. With its 67-kWh battery, Ford says the E-Transit will be good for 126 miles per charge. The rear-mounted electric motor makes 266 hp and 317 lb-ft of torque. Payload ratings range from 3,800 to 4,290 pounds depending on the version you get.

Charging via a level 3 DC charger adds 45 miles in 15 minutes while a level 2 AC charger or 240-volt outlet adds 10 miles in an hour. Ford will also offer a 240-volt/48A charging station for those that need faster charging. The Sync 4 interface will be offered with a 12.0-inch touch screen and special menus specifically for commercial vehicles.