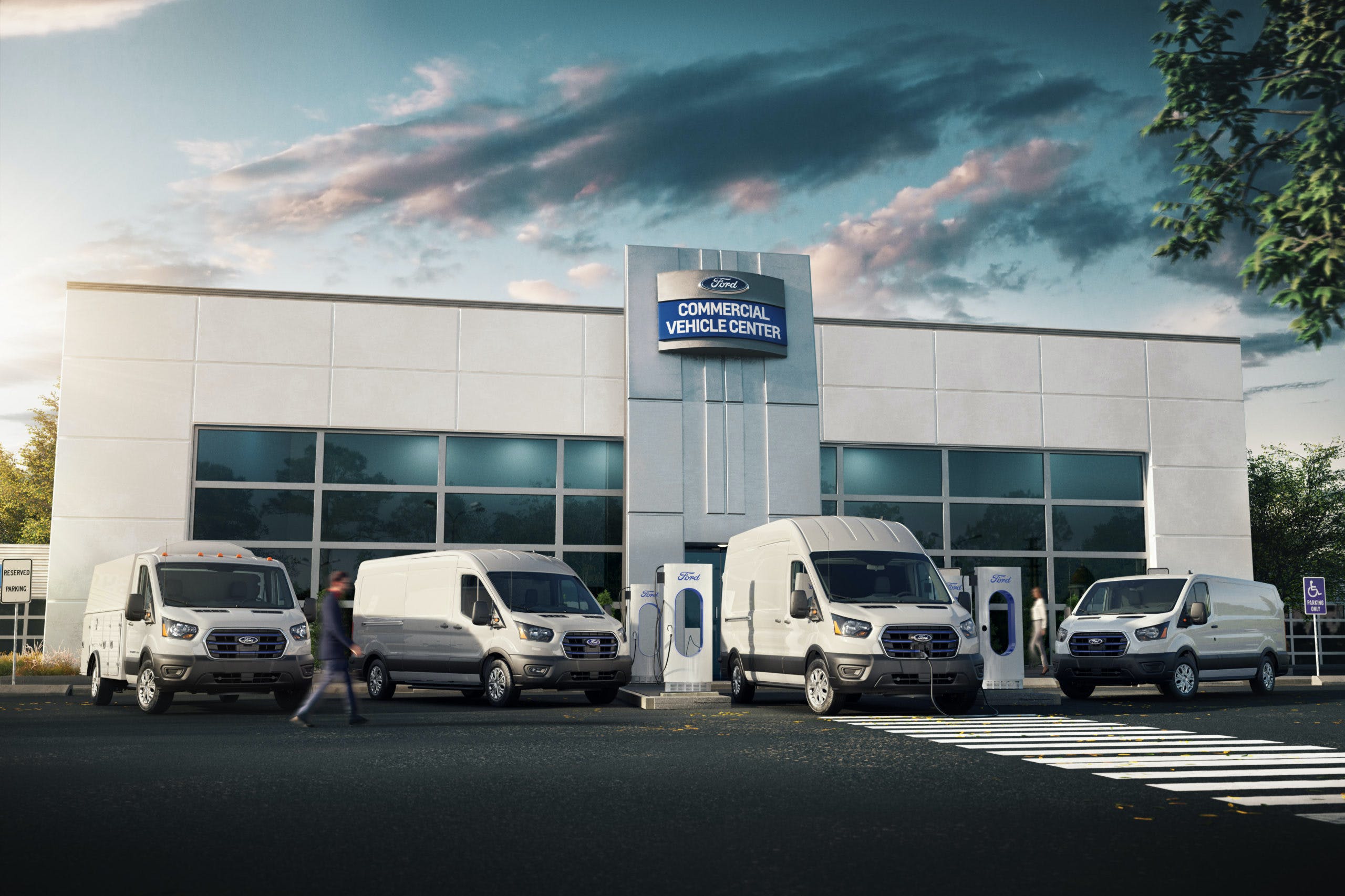 Ford has officially opened the registration website for its E-Transit battery-electric commercial van ahead of order banks opening in July. The van will cost $43,295 for a cutaway model and will go up to $52,690 for the high-roof extended wheelbase cargo van. Ford says that in North America, 450 commercial customers include 200 fleet and fleet management companies have expressed interest in purchasing the E-Transit. The E-Transit will be built alongside the internal combustion variant at Ford’s Kansas City facility in Claycomo, Missouri.

According to the Blue Oval, demand for an all-electric commercial van is growing and expects the full-size van and bus market to expand by 70 percent in 2030, resulting in 300,000 vehicles annually. The current split is 40 percent being high-roof Transits while 60 percent opt for medium-roof, low-roof, cutaway, and chassis cabs

“We’ve had so much interest early on, we wanted to open this registration site to serve customers with a build mix for their needs across all van body styles,” says Ted Cannis, general manager of Ford’s North American commercial business. “Some customers want high-roof vans to maximize internal cargo space, while others need to install bodies on cutaways and chassis cabs. Customers will have an all-electric solution — from box truck delivery to parking structure-friendly utility service vans and everything in between.”

The Ford E-Transit will feature a lithium-ion battery with 67 kWh of usable capacity. Low-roof variants are expected to be able to travel up to 126 miles per charge. A rear-mounted electric motor is estimated to produce 266 hp and 317 lb-ft of torque. Its targeted payload ratings range from 3,800 pounds for a regular wheelbase low-roof cargo van to 4,290 pounds for a cutaway. Ford’s Pro Power Onboard feature, which adds a 2.4 kW outlet will be offered on the E-Transit, allowing it to double as a power source at the workplace. Ford’s Sync 4 interface will be available with a 12.0-inch touch screen, over-the-air (OTA) update capability, and special gauges and data for battery-electric and commercial vehicles.

Charging via level 3 DC charger can add 45 miles in 15 minutes, according to Ford. Using a level 2 or 240-volt charger, the E-Transit can add 10 miles of range in an hour on low-roof models. Ford will also offer a 240-volt/48A charging station for those requiring quicker home charging.