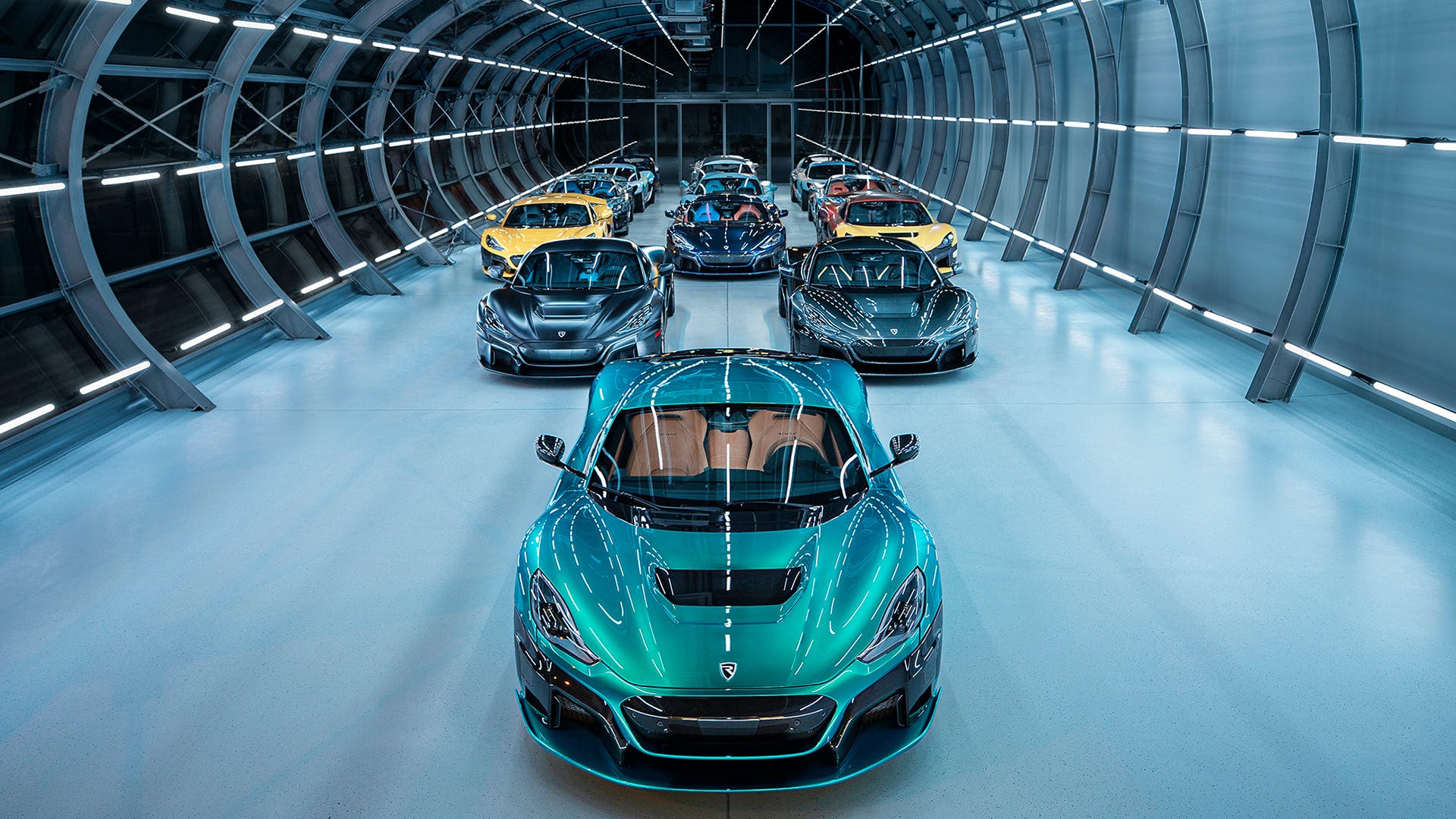 Say hello to the world’s first all-electric hypercar, the Rimac Nevera. The first production unit has rolled off the assembly line following five years of development and testing. According to Rimac, it has gone through three generations of powertrain technology, 18 different prototypes, 45 physical crash tests, and over 1.6-million collective hours of research and development before the final production model was set. As for the first unit, it will forever be known as car “#000” and it will remain in Bugatti Rimac’s possession as a marketing car.

Featuring a flashy Callisto Green exterior with a Sand Alcantara interior, the car was actually showcased at least month’s Goodwood Festival of Speed as it took on the famous Hillclimb. Those fortunate enough to have one on order might have to wait quite a bit, as production will be happening at a rate of up to 50 units per year. The company said each Nevera takes five weeks at the final assembly line, although many of its parts and systems are being readied months ahead of time. Not surprisingly, the first year of production is already sold out.

If you haven’t been following the development of the Rimac Nevera, this all-electric hypercar began its life from nothing, with the team starting from a blank slate. Most of the key systems were developed and made in-house by Rimac with all major components custom developed to meet the high-performance targets the automaker wanted to achieve. That meant introducing a new-generation battery system, inverter, gearbox, motor, control systems, and infotainment, just to name a few. The result is a hypercar that has already secured the title of “world’s fastest accelerating production car” and has received plenty of accolades from esteemed publications including Robb Report, GQ, and Top Gear.

For now, Rimac plans on capping production of the Nevera at 150 units and its goal is to ensure each car is unique. Buyers can choose from 36 different paint colors, but have the option to go bespoke. The automaker is also offering a selection of in-house-designed liveries, three levels of exposed carbon fiber, and a wide assortment of interior finishes including options for Alcantara and metal.

With a car that is literally the first of its kind, Rimac has also placed focus on aftersales and custom care programs. As you can expect, special diagnostic tools have been built specifically for the Revera, which will receive updates throughout its life. A dedicated team has also been created to travel worldwide to diagnose potential problems with the all-electric hypercar.

Curious about its specs? The Rimac Nevera pushes 1,914 horsepower thanks to its four electric motors, taking the car from zero-to-60 mph in just 1.85 seconds. It can hit 100 mph in 4.3 seconds.

“The Nevera was developed with the intention to become the cutting-edge electric hypercar it is today, ready to thrill drivers and passengers in a way they have never experienced before. I’m very much looking forward to customers taking delivery of their brand new, highly customized cars and hearing their stories of fun behind the wheel,” said Mate Rimac, CEO of the Rimac Group.

Written by Jason Siu
RELATED ARTICLES
Rimac Nevera wraps up winter testing ahead of first deliveries
Ferrari SF90 Stradale drag races Rimac Nevera
Rimac Nevera is the new name for the C_Two and hits 60 mph in 1.85 seconds
Do I need a Level 2 home charger for my Chevy Bolt or Bolt EUV?
RELATED ARTICLES
JOIN THE EV PULSE NEWSLETTER
Receive weekly updates on each of our electrifying articles.