Rimac Nevera wraps up winter testing ahead of first deliveries 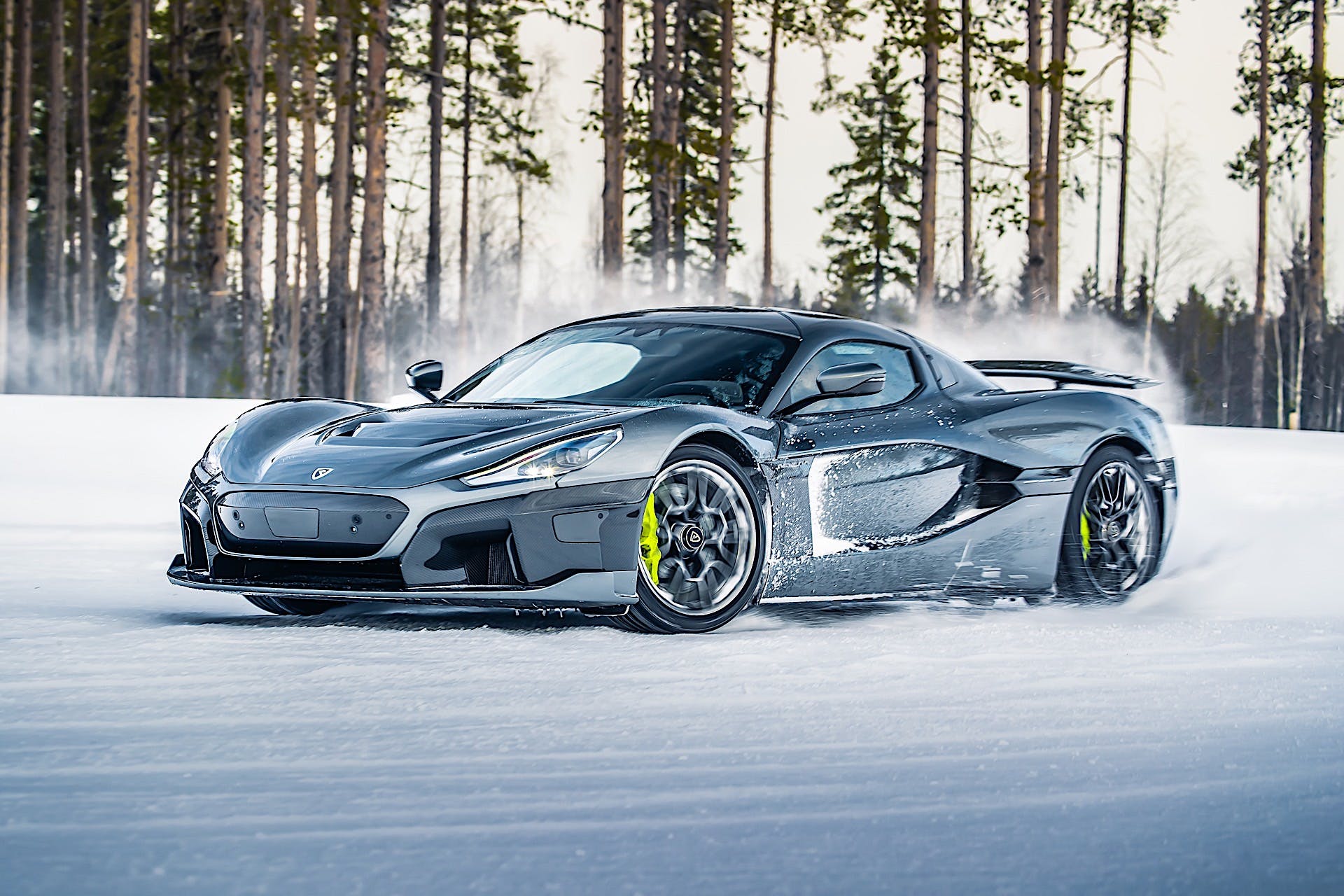 The Rimac Nevera has completed two weeks of intense winter testing near the Arctic Circle in Sweden. Rimac made use of Pirelli’s Sottozero Centre to put the all-electric hypercar through a grueling evaluation regimen ahead of customer deliveries. This includes fine-tuning components like the ABS, stability control, and the car’s torque vectoring system to ensure that they work as intended even when subjected to the worst weather conditions. Due to unusually warm daytime temperatures, the Rimac engineering team had to conduct its tests at night when temperatures are at their most extreme.

After undergoing simulated testing that put several years into the vehicle, the Rimac Nevera has already passed EU and U.S. homologation testing. It is due to start delivery within the next few months. To ensure that every result during the road testing and evaluations in the development center is confirmed, the engineering team went to Sweden to verify their findings. Additionally, this trip also allowed them to test the recommended winter tires for the Nevera, which are the Pirelli P Zero Winter. This specific rubber was developed as a collaboration between Pirelli and Rimac and can be distinguished by specific markings on the sidewall. The standard tire on the Nevera is the Michelin Pilot Sport 4S, a summer performance example used extensively on performance cars ranging from hot hatches to all-out track cars and hypercars.

“Testing on a low grip surface like this allows us to make consistent and accurate observations on how our systems are performing in low temperatures,” said Miroslav Zrnčević, Chief Test and Development Driver at Bugatti Rimac. “Things happen much more slowly than they would do on asphalt, and we have nice, even, smooth handling tracks so we know the data we get isn’t affected by surface imperfections or temperature swings. After these two weeks of testing, we’re happy to see exactly the results we wanted to achieve.”

Mate Rimac, CEO of the Rimac Group, noted that cold weather testing was an opportunity to put the last 0.1 percent of polish to the Nevera. This will ensure that the car is perfect once owners receive them. Rimac also revealed that even after two weeks at temperatures well below freezing and a highly demanding testing regime, the car continued performing at 100 percent, confirming its reliability.

“What we also wanted to develop was a car that could be driven and enjoyed equally by someone who isn’t the most experienced driver right up to a seasoned racer,” added Rimac. “Finding that balance of creating a rewarding, but safe, drive in a 1,914hp car with four independent electric motors while also building a chassis that delivers delicate on-the-edge adjustability has been our goal from day one, and as our final stages of testing come to a close, I can confidently say that’s exactly what we’ve achieved with Nevera.”

The Rimac Nevera is the brand’s first in-house production vehicle and is essentially the production version of the C_Two. It uses four electric motors making 1,914 hp and 1,714 lb-ft of torque backed by a 120-kWh battery that also adds 37 percent additional structural stiffness to the carbon fiber monocoque. This allows the Nevera to hit 60 mph in a staggering 1.85 seconds from a standstill. It can hit 100 mph in 4.3 seconds and 186 mph in 9.3 seconds.

Written by Stefan Ogbac
Follow Author
RELATED ARTICLES
Bugatti Rimac has officially started operations
Rimac Nevera is the new name for the C_Two and hits 60 mph in 1.85 seconds
Porsche increases its ownership stake in Rimac
How-to use camp mode in your Tesla
RELATED ARTICLES
JOIN THE EV PULSE NEWSLETTER
Receive weekly updates on each of our electrifying articles.