Bugatti Rimac is the new joint venture co-owned by Porsche 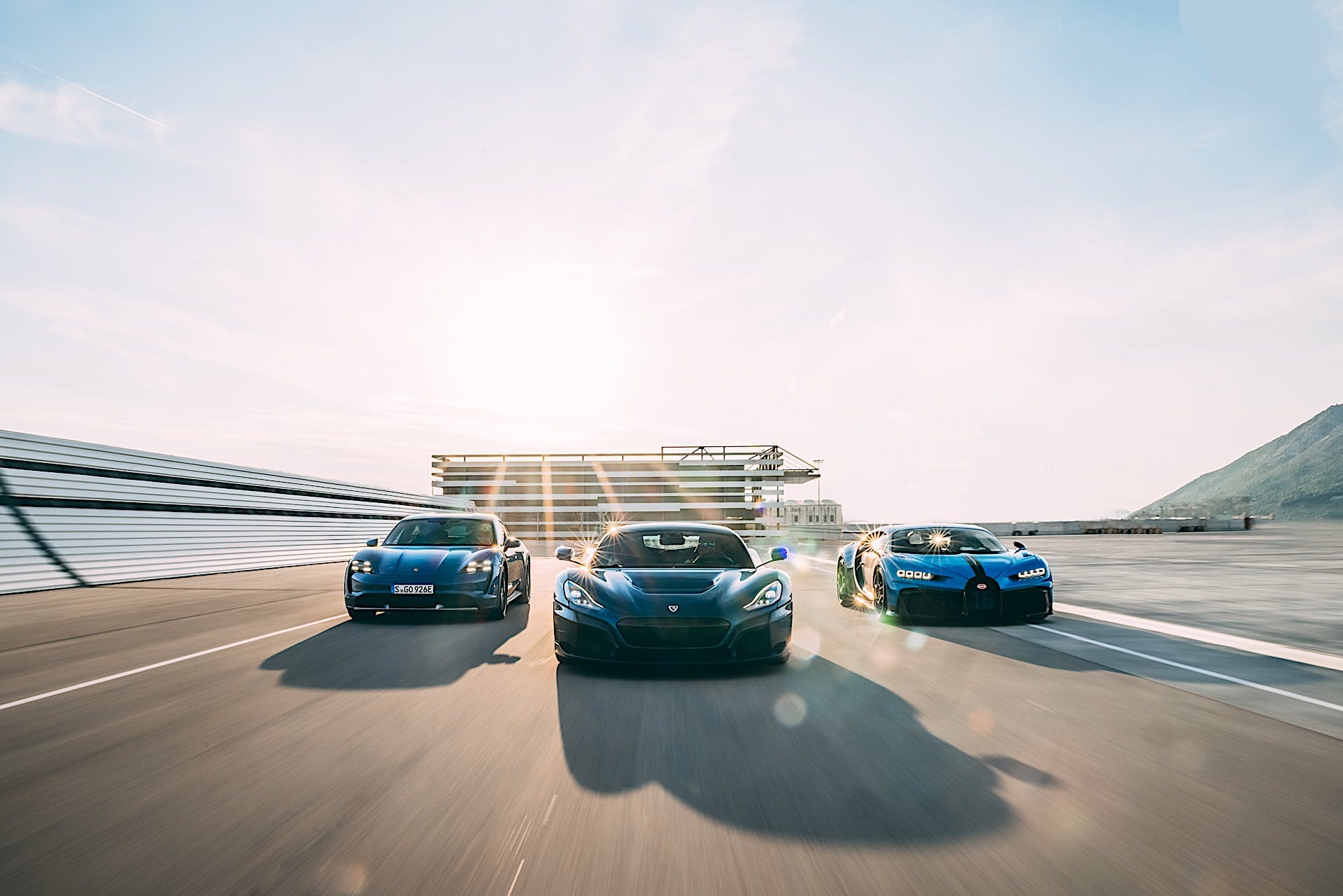 Porsche, Bugatti and Rimac have joined forces to create a new venture called Bugatti Rimac. This is the result of two brands coming together to form a company specializing in hypercars and partially under the umbrella of one of the most icon automotive brands. In a short time, Rimac has grown from a small startup to a respective electrification specialist working with multiple major players in the industry. The venture with Bugatti aims to merge its engineering capabilities and design with Rimac’s lean operations and technical prowess.

The new company will be majority owned by the Rimac Group with a 55 percent shareholder stake. Porsche will have the other 45 percent. The Rimac Group itself is co-owned by multiple entities: Mate Rimac, the founder of the company will hold the majority at 37 percent followed by Porsche at 24 percent, and Hyundai Motor Group at 12 percent. Other investors hold a total of 27 percent of Rimac Group. Within Rimac Group, a new division called Rimac Technology will be created specifically as a supplier, producer, and developer or battery systems, drivetrains, and other components for battery-electric vehicles. Rimac Technology will be 100 percent owned by Rimac Group.

Mate Rimac, founder of Rimac, will lead the Bugatti Rimac and as CEO of Rimac Group. He will also be in charge of Rimac Technology. Bugatti and Rimac will remain separate brands retaining their existing production facilities and distribution channels. Both companies will work together and share resources and knowledge via research and development and production. Rimac will continue to create its own hypercars and supply other brands with development systems and the latest EV technologies. Rimac Automobili will retain its operations in Zagreb, Croatia while Bugatti continues producing vehicles in Molsheim, France.

In the future, Bugatti Rimac’s headquarters will move to the upcoming Rimac Campus in Croatia, which will also be the home of Rimac Technology. This facility is $236 million, 100,000 square-meter facility is scheduled to open in 2023 and will be the base of all research and development for future hypercars built by Rimac and Bugatti.

“This is a truly exciting moment in the short, yet rapidly expanding history of Rimac Automobili. We have gone through so much in such a short space of time, but this new venture takes things to a completely new level,” said Mate Rimac, founder and CEO of Rimac Automobili. “Rimac and Bugatti are a perfect match in terms of what we each bring to the table. As a young, agile and fast-paced automotive and technology company, we have established ourselves as an industry pioneer in electric technologies.”

This move also sees the Volkswagen Group hand over control of Bugatti to Porsche. “We are combining Bugatti’s strong expertise in the hypercar business with Rimac’s tremendous innovative strength in the highly promising field of electric mobility,” said Oliver Blume, Chairman of the Executive Board of Porsche AG. “Bugatti is contributing a tradition-rich brand, iconic products, a loyal customer base and a global dealer organization to the joint venture. In addition to technology, Rimac is providing new development and organizational approaches.” Under the new Bugatti Rimac umbrella, two hypercars will be built, the Bugatti Chiron and Rimac Nevera.

Porsche first partnered with Rimac three years ago and has since increased its shares of the company. Along with Hyundai Motor Group, these are two OEMs that have a stake in Rimac. Blume and Lutz Meschke, Deputy Chairman and Member of the Executive Board for Finance and IT at Porsche AG, will join as supervisory board members at Bugatti Rimac. In total, the new company will have 430 employees, 300 in Zagreb and 130 in Molsheim.