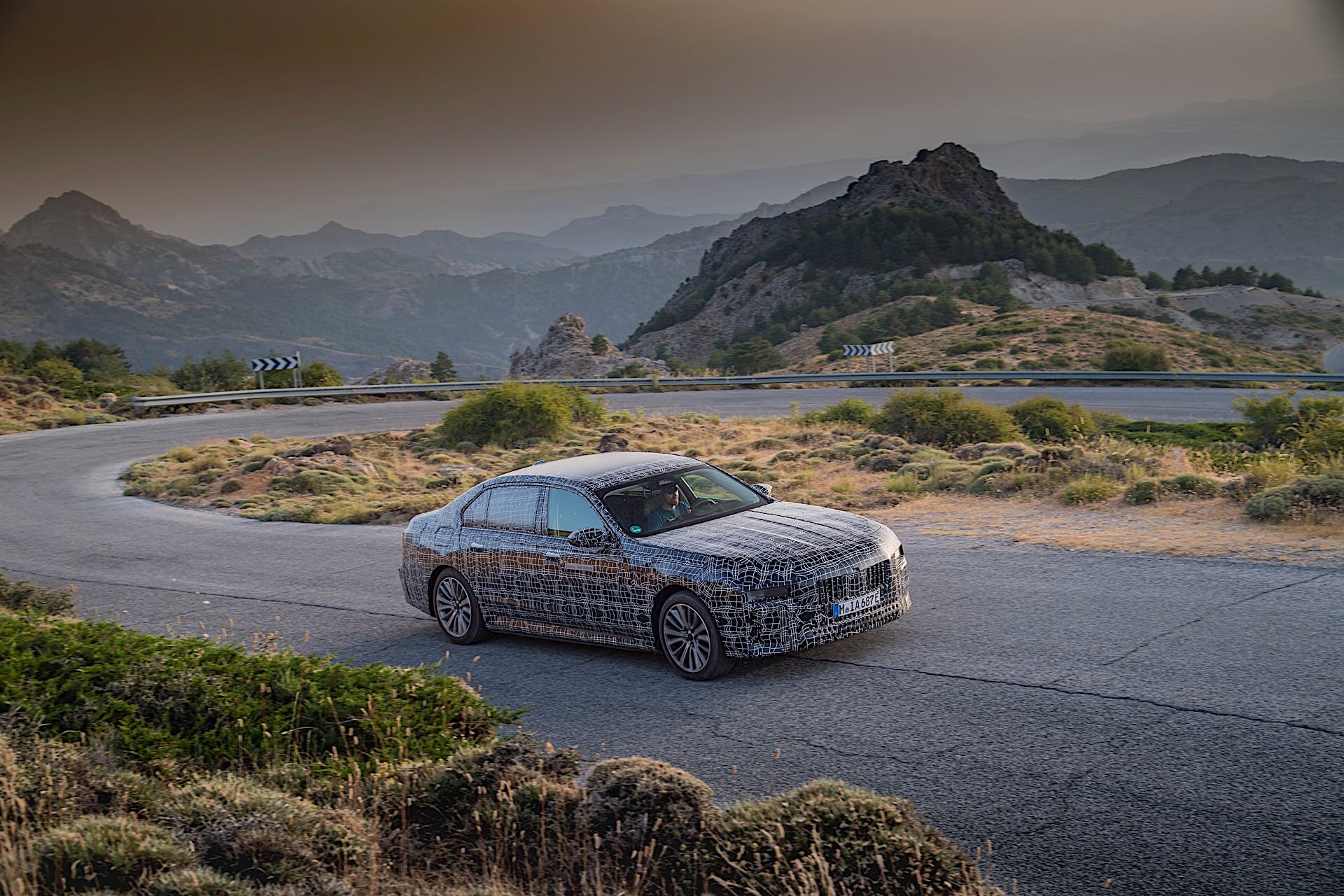 From one extreme to another. The last time we got a glimpse of the upcoming 2023 BMW i7 was a prototype undergoing testing in bitterly cold conditions in the Arctic regions of Sweden. Now the German automaker has brought its flagship electric luxury sedan to the extreme heat where it continues with its final testing regimen. During this phase, the i7 will be put through tracks and public roads to verify the performance and reliability of the electric motors, battery, and AWD system.

For this part of the evaluation process, 2023 BMW i7 prototypes will be exposed to high temperatures, unpaved roads, dust, and constantly varying altitudes. This will put the vehicle through the highest stress levels to see how well it holds up when pushed to its limits. Engineers will drive the i7 through gravel roads, the desert, and mountains to ensure that it’s capable of handling extreme conditions. BMW says the goal of testing in hot regions is to test and safeguard the powertrain. The fifth-generation BMW eDrive all-electric powertrain will be evaluated to make sure it operates continuously without any restrictions even under harsh conditions and extreme temperatures.

Engineers performing the evaluations monitor the reaction of the electric motors, battery, and drive control and cooling systems to make sure they’re working normally. Additionally, charging behavior and energy management are also being looked at to see how weather and road conditions affect them. The prototypes will be subjected to long-distance high-speed driving and stop-and-go traffic in incredibly hot weather. Other onboard electronics and the i7’s climate control system is also put to the test during hot weather evaluation. This also allows BMW to test the temperature resistance of materials used inside the cabin to make sure they’re durable.

BMW purposely selected regions with large altitude differences for hot weather testing so it can also evaluate the behavior of the electric motors and AWD system during long, enthusiastic drives going up a hill with and without a trailer. To further put more pressure on the prototypes, they’re also being subjected to mountain driving while towing a trailer. This allows engineers to see how the battery continuously delivers power to the electric motors. Prototypes are also driven downhill with a fully charged battery to test the powertrain’s energy management and power electronics when it can no longer absorb energy in hot weather.

When it arrives next year, the 2023 BMW i7 will likely be offered only in xDrive50 configuration. That means it’ll have two electric motors and AWD as standard equipment. BMW hasn’t revealed the i7’s power output but we wouldn’t be surprised if it has 516 hp and 564 lb-ft of torque just like the iX crossover. Expect it to use the same 111.5-kWh battery as its crossover counterpart, which can DC charge at peak rates of 200 kW, enabling it to gain 90 miles in 10 minutes.