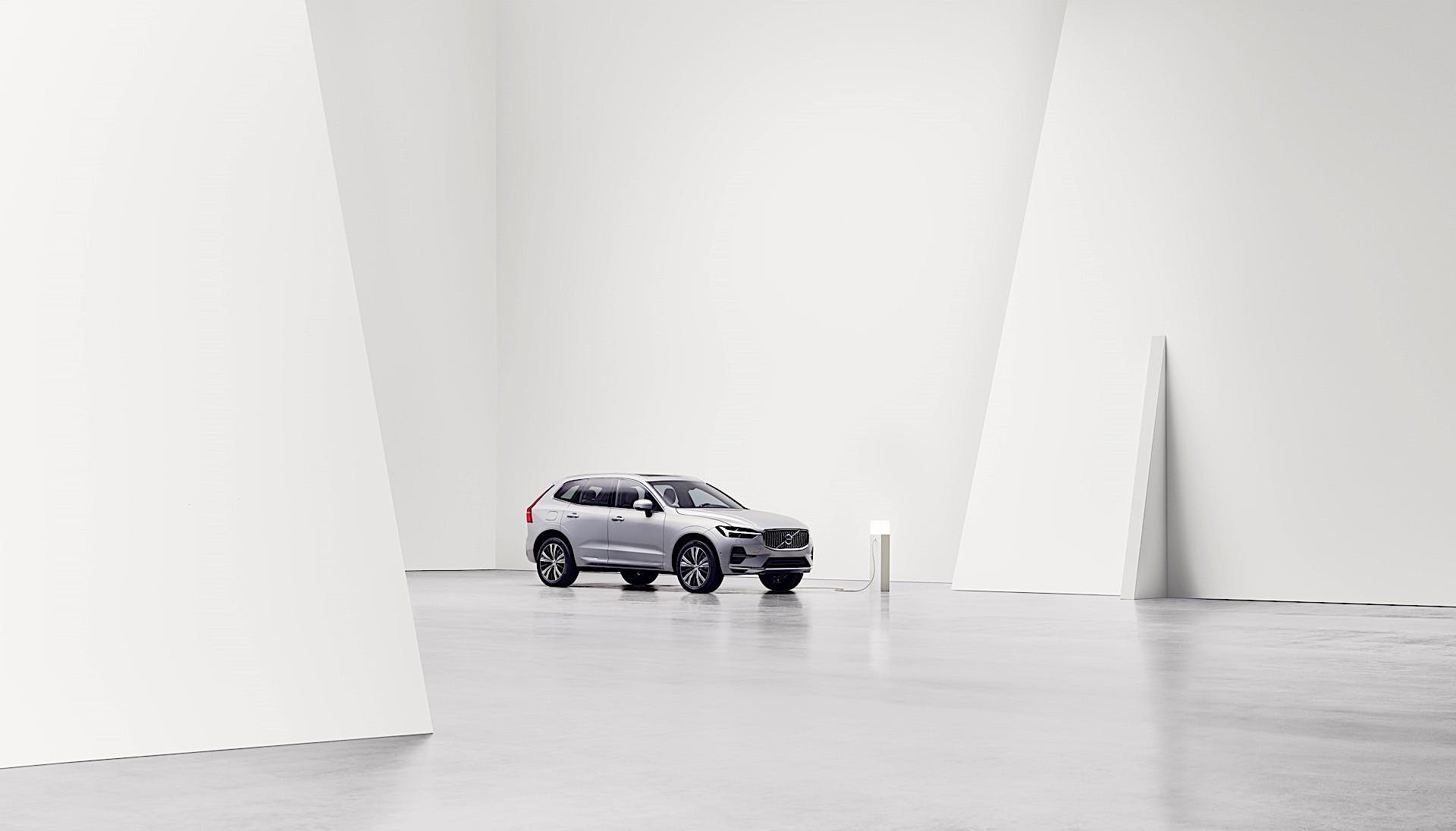 Volvo has announced a significant update to its T8 plug-in hybrid lineup, which adds more power and improve their all-electric range. This includes a new 18.8-kWh lithium-ion battery replacing the 11.6-kWh unit and a 145-hp electric motor in place of the 87-hp unit in the current cars. As a result, Volvo’s T8 lineup will have 455 hp combined, an increase of 55 hp over the standard models and 40 hp versus the Polestar Engineered variants of the S60, V60, and XC60. Volvo hasn’t revealed how much power the latter three models will have but we won’t be surprised if they got another 20 hp and break past 500 lb-ft of torque. Regardless, the larger battery pack and more powerful electric motor will make the T8 lineup the most powerful Volvos to date.

Thanks to the larger battery, the EV mode range is longer leading to a 50 percent reduction of CO2 emissions in the WLTP cycle. “It’s 2021, and people should no longer have to rely on petrol or diesel when commuting,” said Henrik Green, Chief Technology Officer at Volvo Cars. “Our latest plug-in hybrids deliver all the electric driving range needed in most people’s everyday life.” Additionally, the added range EV mode should come in handy during extremely cold and hot climates where owners can precool or preheat their vehicles while still keeping plenty of wiggle room for emissions-free motoring.

The new electric motor ups the power to the rear wheels by 65 percent, improving performance and drivability in all situations. Together with the new battery pack, the electric motor provides better AWD capability, which is most useful at low speeds, driving on slippery roads, and towing.

In addition to the added power and longer all-electric range, Volvo’s plug-in hybrids are getting one-pedal driving capability. This allows the driver to simply ease off the accelerator to start slowing the vehicle down and has the capability to bring the car to a complete stop. Volvo says that the first models to receive one-pedal driving will be the XC60, S90, and V90.

Volvo aims to become a leader in the luxury segment for electrified vehicles. It aims to sell 1.2 million vehicles globally by the middle of this decade with half of those being electrified vehicles. By 2030, Volvo will be a fully electric brand. Its new platform, which was developed specifically for battery-electric vehicles, will appear next year underpinning the XC90’s successor and the Polestar 3. In 2024, the XC60’s replacement will also be on that new architecture and it will likely underpin the rest of the cars succeeding the current 60- and 90-series lineups.

The first vehicles to get the upgraded T8 Recharge powertrains will be the 60- and 90-series models. All six vehicles are built on Volvo’s SPA platform, which first debuted in the current-generation XC90 back in 2015. Volvo also improved the 2.0-liter supercharged and turbocharged engine that forms the basis of all T8 models. In addition to improved efficiency and reduced CO2 emissions, the four-cylinder mill now makes higher power at lower revs and from a standstill while providing a smoother, more seamless operation. Expect every model except the V90 Cross Country, C40, and the XC40 to get the new T8 plug-in hybrid system. A more powerful version should find its way into the Polestar Engineered versions of the XC60, V60, and S60.