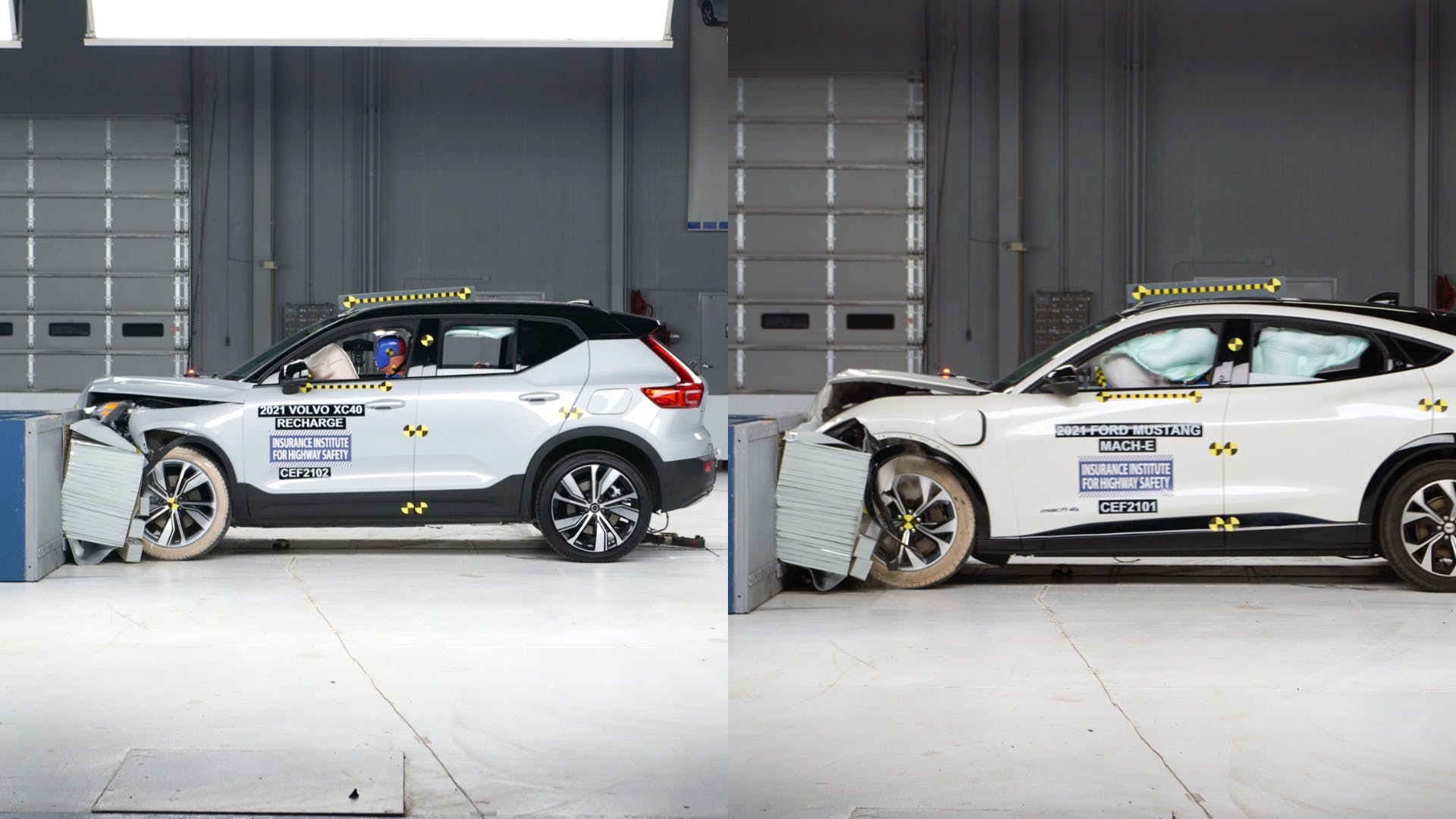 The Insurance Institute for Highway Safety (IIHS) has released the ratings for two battery-electric vehicles, the Ford Mustang Mach-E and the Volvo XC40 Recharge. Both received high marks with the Ford qualifying for a Top Safety Pick award and the Volvo getting the higher Top Safety Pick+. Both cars join the Tesla Model 3, Audi e-tron Quattro, and e-tron Sportback in getting high safety scores.

Thanks to the Mach-E and XC40 Recharge getting equally high scores as cars with internal combustion engines, they’re proving their mettle when it comes to protecting their occupants. “It’s fantastic to see more proof that these vehicles are as safe as or safer than gasoline- and diesel-powered cars,” says David Harkey, President of IIHS. “We can now say with confidence that making the U.S. fleet more environmentally friendly doesn’t require any compromises in terms of safety.”

The Ford Mustang Mach-E missed the Top Safety Pick+ rating by a hair because the LED reflector headlights on the Select and California Route 1 trims are only rated Marginal (Good is the highest rating). Premium, First Edition, and GT models with LED projector headlights got a Good rating. To qualify for Top Safety Pick+, the whole lineup must be offered with headlights that score Good or Acceptable. The Volvo XC40 Recharge came standard with Good-rated adaptive LED headlights and received strong scores on all other categories.

Additionally, the IIHS news coincides with a study released by its affiliate, Highway Loss Data Institute (HLDI), that shows injury claims are lower in electric vehicles by 40 percent versus gas-powered ones. The vehicles evaluated were from 2011 to 2019 model years and point out that the batteries, which make EVs heavier, contribute to their safety and decrease the amount of forces passengers are exposed to during an accident.