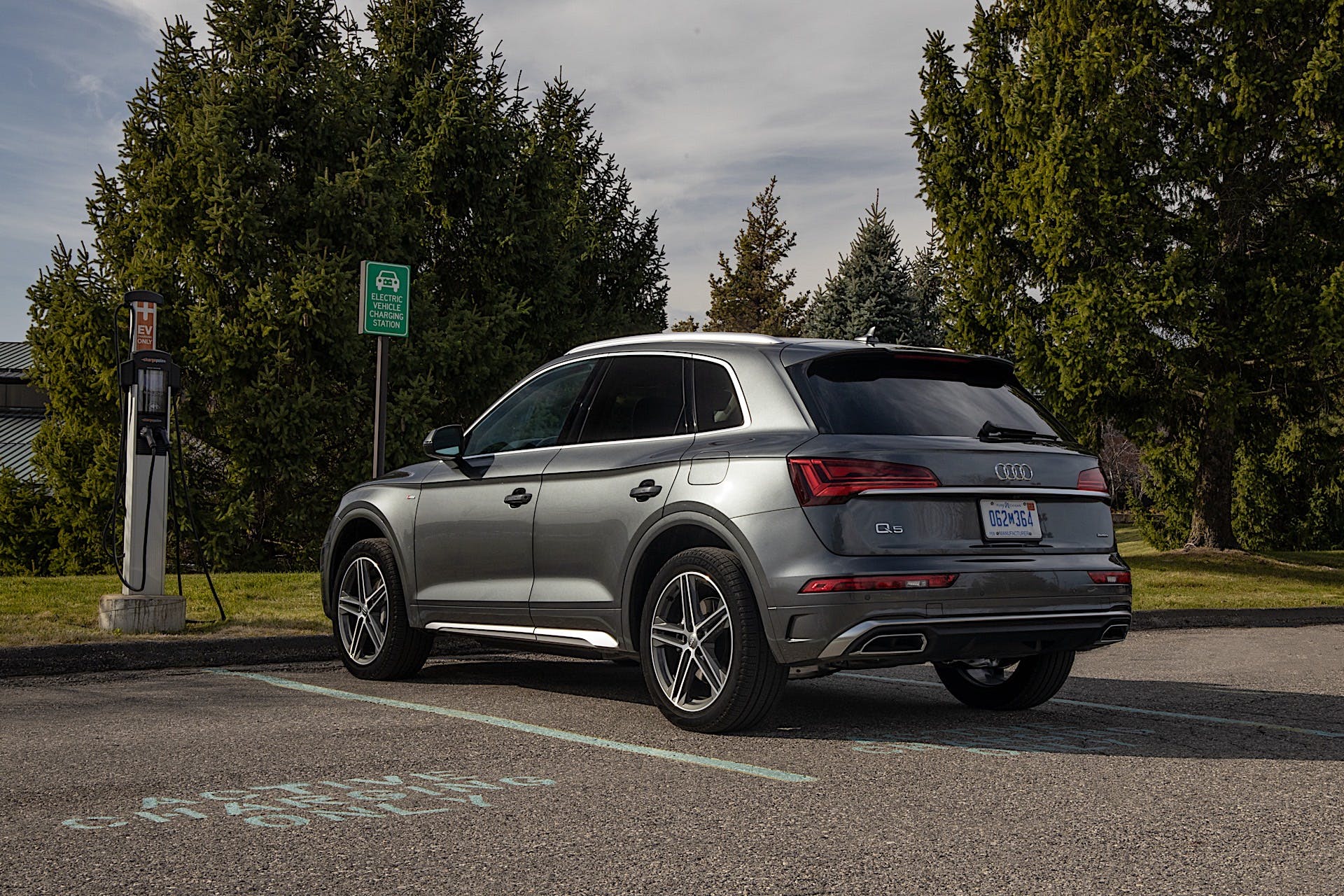 Power ratings, however, don’t change despite the addition of a larger battery. The 2.0-liter turbo-four and electric motor still make 362 hp and 369 lb-ft of torque combined. A seven-speed dual-clutch automatic is the only transmission available. Unlike the Lexus’ hybrid models, which use an electric motor mounted on the rear axle to turn the wheels, the Audi Q5 PHEV and A7 PHEV utilize the same Quattro AWD system as their non-electrified counterparts, which is a mechanical setup. That means the front and rear axles are connected by a drive shaft and that you’ll always have plenty of traction because the powertrain puts power down through all four wheels.

We’re suspecting that the weight added by the larger battery is the reason why both vehicles have lower ratings and total range in the EPA cycle. Whether that’s worth it depends on the driving conditions you see on your daily commute and how you’re going to use the vehicle. Fuel tank size, on the other hand, doesn’t change at 14.3 gallons for the Q5 PHEV and 14.0 gallons for the A7 PHEV.

Regardless of which version you’re comparing, the 2022 Audi Q5 PHEV is still able to travel farther than the BMW X3 xDrive30e and is also more efficient. However, the Volvo XC60 T8 Recharge remains at the top when it comes to the combined driving range at well over 500 miles while offering similar EPA ratings as the Q5 in the EPA cycle.

The closest rival to the 2022 Audi A7 PHEV is the BMW 530e but the former has a hatch, making it more practical. The A7 also has 74 hp and 59 lb-ft more and can travel farther because the 530e is only able to travel 320 to 340 miles with a full tank and a full charge depending on whether you get RWD or AWD.