2024 Volkswagen ID. Buzz teaser shows off its fun interior ahead of debut 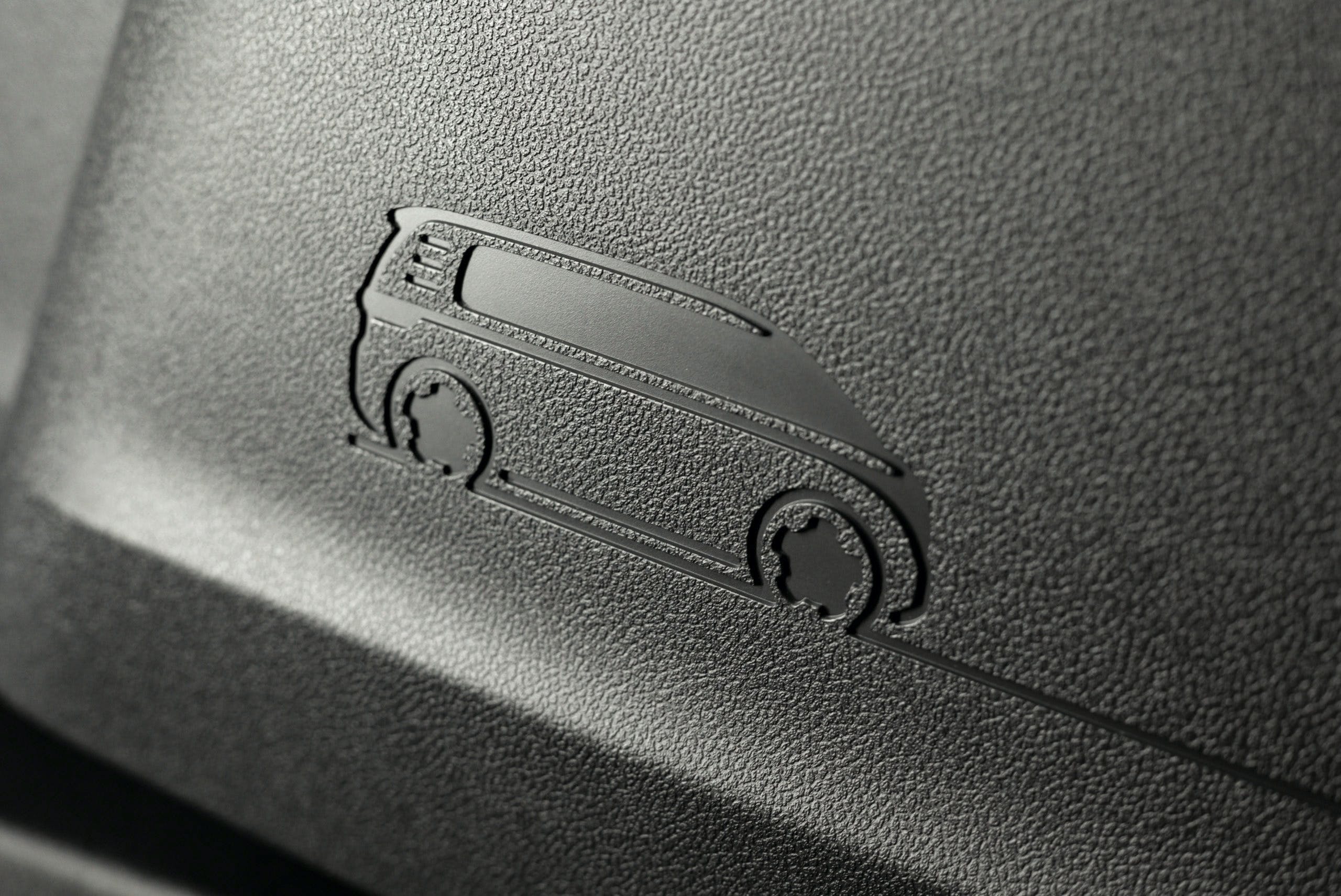 Just a few days ahead of its debut, we get another glimpse of the 2024 Volkswagen ID. Buzz. This time, we get a glimpse of the van’s interior and to no one’s surprise, it’s packed with all kinds of neat features and easter eggs. When it goes on sale, the ID. Buzz will be available with seven single-tone and four two-tone interiors. One of those combines white with bright colors like orange and has elements that pay homage to the T1 generation Microbus. In some variants, the door and seat inserts, seat cushions, contrast stitching, and dash correspond with the car’s exterior color. They are complemented by 30-color ambient lighting and cool touches like a smiley face emoji and outlines of the vehicle in certain areas.

In addition to its fun designs, the 2024 Volkswagen ID. Buzz doubles down on a sustainable interior. Animal-based products like leather have been swapped for materials with similar properties and feel. The steering wheel, for instance, is made of polyurethane but it’s been textured to exude the same sensation. Recycled materials are used for the seat covers, headliner, and floor coverings. One fabric is made of Seaqual yarn, which is made of 10 percent marine plastic and 90 percent recycled PET bottles. These result in a 32 percent reduction of carbon emissions versus similar products. ArtVelours Eco upholstery will also be used in the ID. Buzz, and is made of 71 percent recycled materials.

From the looks of it, the passenger variant will have seating for up to five passengers. There are levers to recline the seat backs and slide the cushions forward and back for additional cargo space. The same center console with built-in dividers used in the ID.4 will also be utilized in the ID. Buzz. In addition to the passenger version, Volkswagen is building a cargo, ride-sharing, and long-wheelbase version of the ID. Buzz. The latter is the only version confirmed for the North American market. Volkswagen says the passenger variant has up to 1,121 liters or 39.5 cubic feet of cargo space with all seats up. Cargo variants have up to 3.9 cubic meters or 138 cubic feet of capacity behind the front seats.

Built on the same MEB platform as the ID.3, ID.4, ID.5, and the Chinese market exclusive ID.6, the Volkswagen ID. Buzz is essentially an all-electric revival of the T1 Microbus. At 117.6 inches, it will have the longest wheelbase of any vehicle underpinned by the MEB architecture. The ID. Buzz can accept over-the-air (OTA) updates to improve everything from the infotainment system to its driver assistance features. It will also use Volkswagen’s latest user interface with either a 10.0- or 12.0-inch main touch screen complemented by a 5.3-inch instrument cluster display attached to the steering column.

Initially, only one powertrain will be offered, a single-motor configuration with an 82-kWh lithium-ion battery. Like the single-motor ID.4, it makes 201 hp and 229 lb-ft of torque. An AWD version with a second electric motor mounted on the front axle should also be on the cards and will likely generate 295 hp and 339 lb-ft. Expect EPA estimates to be available closer to the 2024 Volkswagen ID. Buzz’s on-sale date.