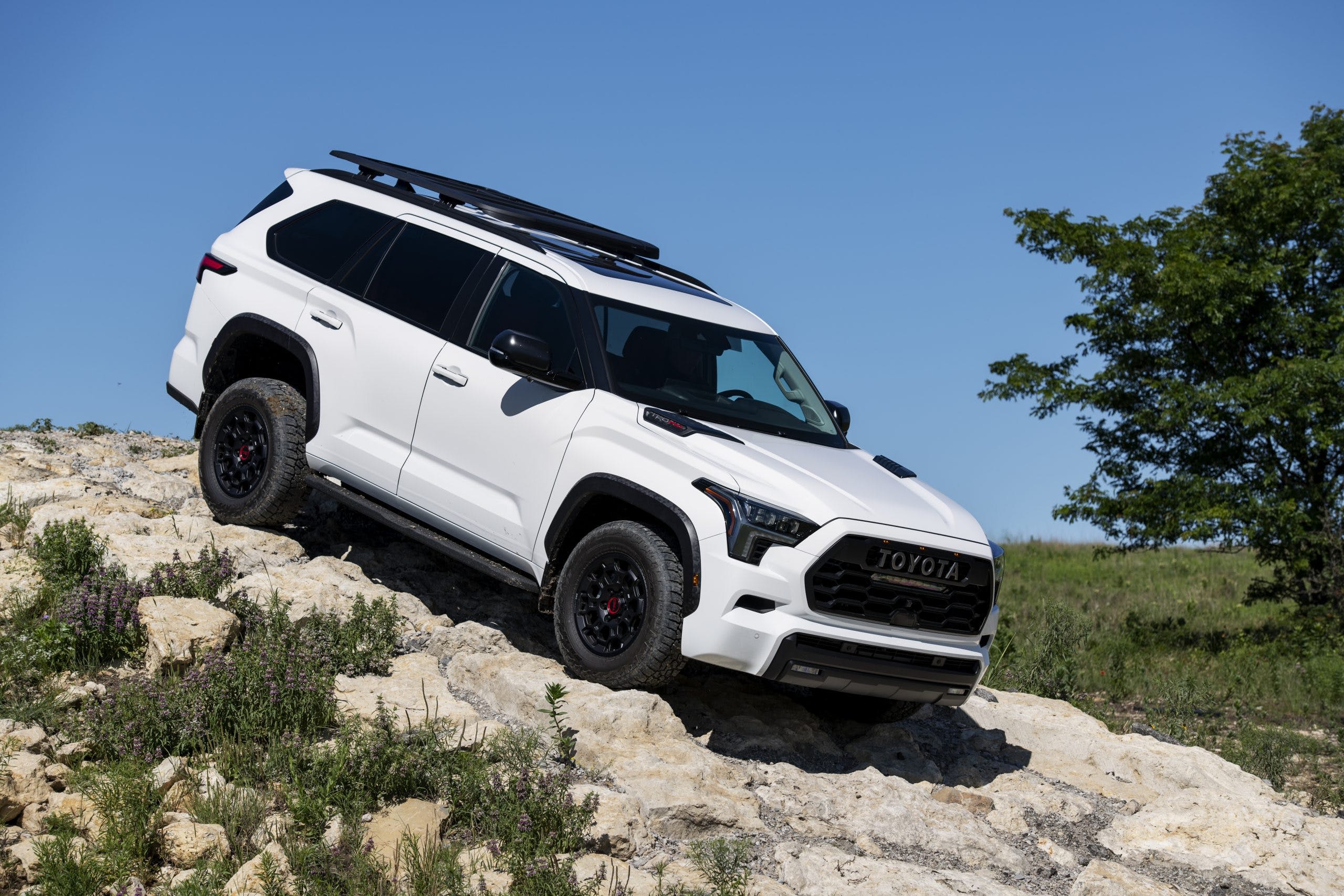 Pricing for the 2023 Toyota Sequoia has been released with the base SR5 model starting at $59,795. That gets you features like 18-inch wheels, LED headlights, a 12.3-inch digital gauge cluster, a surround-view camera, a sunroof, heated front seats, and Toyota’s latest infotainment system with an 8-inch touch screen. You can also upgrade to the larger 14-inch main display as part of the SR5 Premium package. There’s also an available TRD Sport package that adds Bilstein shocks, 20-inch TRD Sport wheels, a red start/stop button, and aluminum pedals. Other than the TRD Pro, 4WD is $3,000 extra.

Moving up to the Limited grade of the 2023 Toyota Sequoia gets you additional standard features including a heated steering wheel, a power-folding third-row, ventilated front seats, and the 14-inch touch screen. Should you want a little more rugged capability, there’s the TRD Off-Road package for the SR5 and Limited grades that adds a locking rear differential, Toyota’s Crawl Control system, Multi-Terrain Select, Bilstein shocks, and unique 18-inch alloy wheels. This will cost you at least $65,195 for the rear-drive Sequoia Limited before adding any options.

The Platinum trim is where things get more luxurious. This variant adds heated and ventilated second-row captain’s chairs, a panoramic sunroof, LED exterior lighting with sequential turn signals, a wireless charging pad, and a 14-speaker JBL audio system. If that’s not premium enough for you, there’s the Capstone grade that includes perforated semi-aniline leather upholstery, genuine American walnut wood trim, 22-inch alloy wheels, power running boards, and acoustic glass on the front doors. The rear-drive Platinum trim starts at $72,395 while the Capstone is the most expensive, checking in at $76,795. Adding 4WD brings the former up to $75,395 while the latter jumps to $79,795.

For the off-road warrior wanting something family-friendly, Toyota continues to offer the Sequoia TRD Pro. It gets TRD-tuned Fox internal bypass shocks, a quarter-inch aluminum TRD skid plate, a locking rear differential, Crawl Control, Multi-Terrain Select, 18-inch TRD alloy wheels, and a TRD dual exhaust system. You also get creature comforts like a heated TRD steering wheel and second-row captain’s chairs. The Sequoia TRD Pro is the second most expensive variant at $78,395 before adding any options.

The latest version of the Toyota Sequoia now rides on the TNGA-F platform that’s also used on the Tundra, global market Land Cruiser, and Lexus LX. It is also the only full-size SUV with an electrified powertrain. Like the Tundra Hybrid, the Sequoia couples a 3.5-liter twin-turbo V6 with an electric motor, a nickel-metal-hydride battery, and a 10-speed automatic transmission. The system makes a combined output of 437 hp and 583 lb-ft of torque. This allows the SUV to tow up to 9,310 pounds when properly equipped on rear-drive models or 9,120 pounds if you get 4WD. Expect EPA fuel economy figures to hover around the same ballpark as the Tundra Hybrid, which is rated at 2024/22 mpg city/highway/combined for the RWD version and 19/22/20 mpg when equipped with 4WD. The Sequoia TRD Pro should be the least efficient one and could be rated similarly to the Tundra TRD Pro at 18/20/19 mpg.