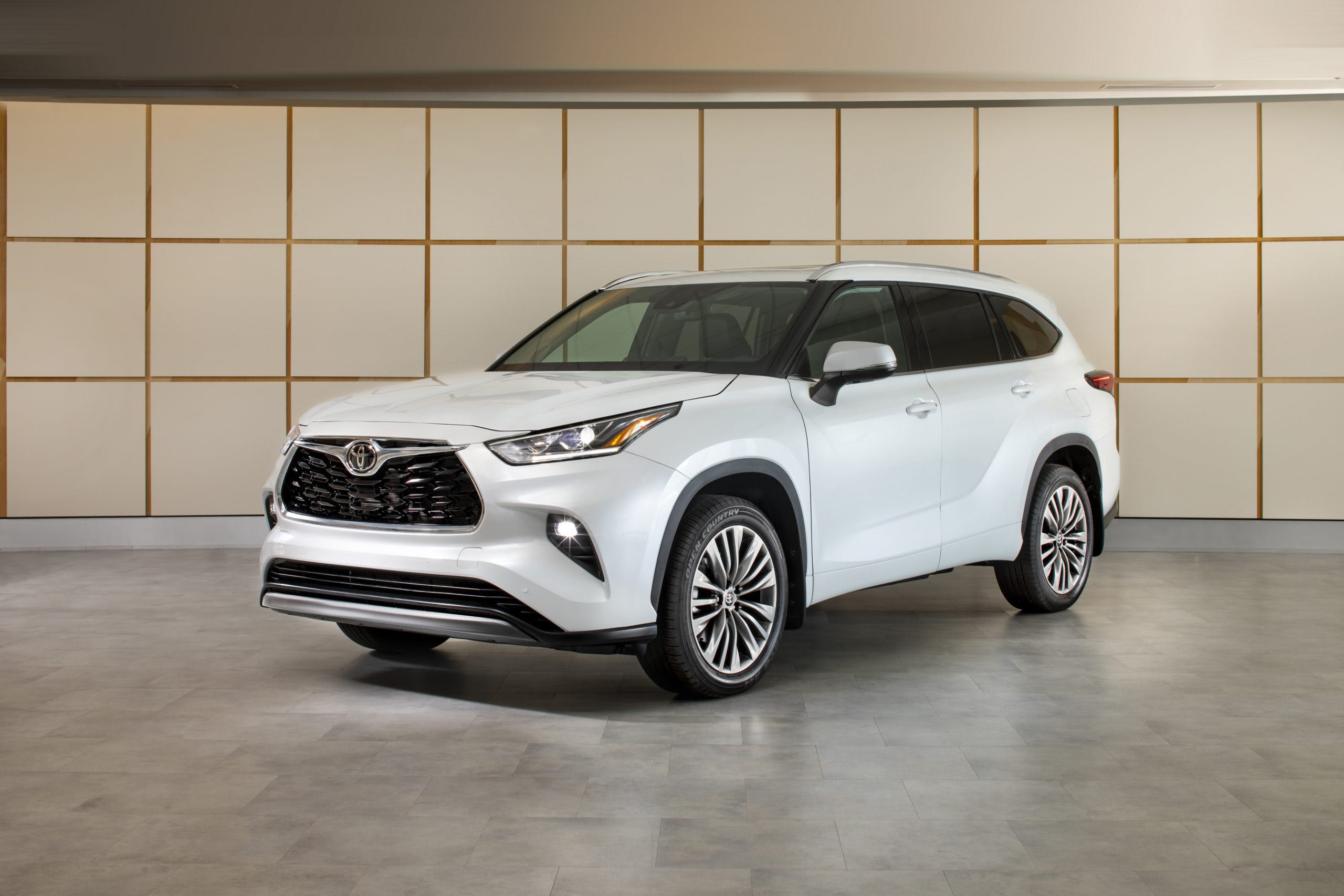 A nice infusion of new tech features has found its way to the 2023 Toyota Highlander Hybrid and you don’t have to get the most expensive versions either. The most notable addition is Toyota’s new infotainment system, which first appeared on the new Tundra and the bZ4X. In the Highlander Hybrid, lower trims use an 8.0-inch touch screen. A larger 12.3-inch display is available on lesser models and standard on upper grades.

This new infotainment system features a virtual assistant that you can activate by saying “Hey Toyota.” You can then input destinations, change the climate controls, and adjust audio settings. The system can be upgraded via over-the-air (OTA) updates and features Google points-of-interest data and cloud-based map information. Wireless Apple CarPlay and Android Auto are included on all versions.

The 2023 Toyota Highlander Hybrid carries over the same powertrain. It couples a 2.5-liter four-cylinder with a nickel-metal-hydride battery, a planetary gear set, and two or three electric motors depending on the drivetrain configuration. Combined, the system makes 243 hp and can tow up to 3,500 pounds. To preserve the interior space, the Highlander Hybrid’s battery pack is mounted under the second row. Unlike its competitors with mechanical AWD systems, Toyota uses an e-AWD unit that adds an electric drive motor on the rear axle. This provides additional traction for harsh weather conditions. Since there’s less power going to the rear, there’s a distinct power bias on the front wheels.

Toyota has brought back the Bronze Edition model that first appeared for the 2022 model year. In addition to getting the hybrid powertrain as standard equipment, it gets a lot of styling tweaks including bronze stitching, bronze door sills, embroidered floor mats with bronze logos, fabric inserts, 18-inch bronze alloy wheels, and bronze exterior accents. This version is also the only way to get the cement exterior color, which was once exclusive to TRD models of the Tundra, Tacoma, and Sequoia. In addition to the Highlander Hybrid Bronze Edition, this exterior color is also available on the Sienna Woodland Edition. For 2023, the Highlander Hybrid Bronze Edition continues to slot between the XLE and Limited grades and also gets the larger 12.3-inch touch screen as standard.

Other updates to the lineup include the addition of a 7.0-inch instrument cluster display on the LE grade. The Limited and Platinum trims get a 12.3-inch digital gauge cluster with an optically bonded screen for reduced glare and power-folding side mirrors. Toyota also moved the available wireless charging pad to the built-in shelf on the dash, similar to what you find in the Sienna. The availability of the hands-free power liftgate has also been expanded to the XLE trim. A new exterior color, cypress, which is the green that first appeared on the Sienna, has been added to the options list. As before, the 2023 Highlander Hybrid gets the Toyota Safety Sense 2.5+ driver assistance suite. This includes adaptive cruise control, front collision avoidance, pedestrian detection, lane centering, and automatic high beams.

The 2023 Toyota Highlander Hybrid should go on sale later this year alongside the internal combustion variant, which got the new 2.4-liter turbo-four from the Lexus NX. Pricing should remain steady and will likely be announced closer to the day that the crossover hits showrooms.