2023 Lexus RX teased ahead of debut later this month 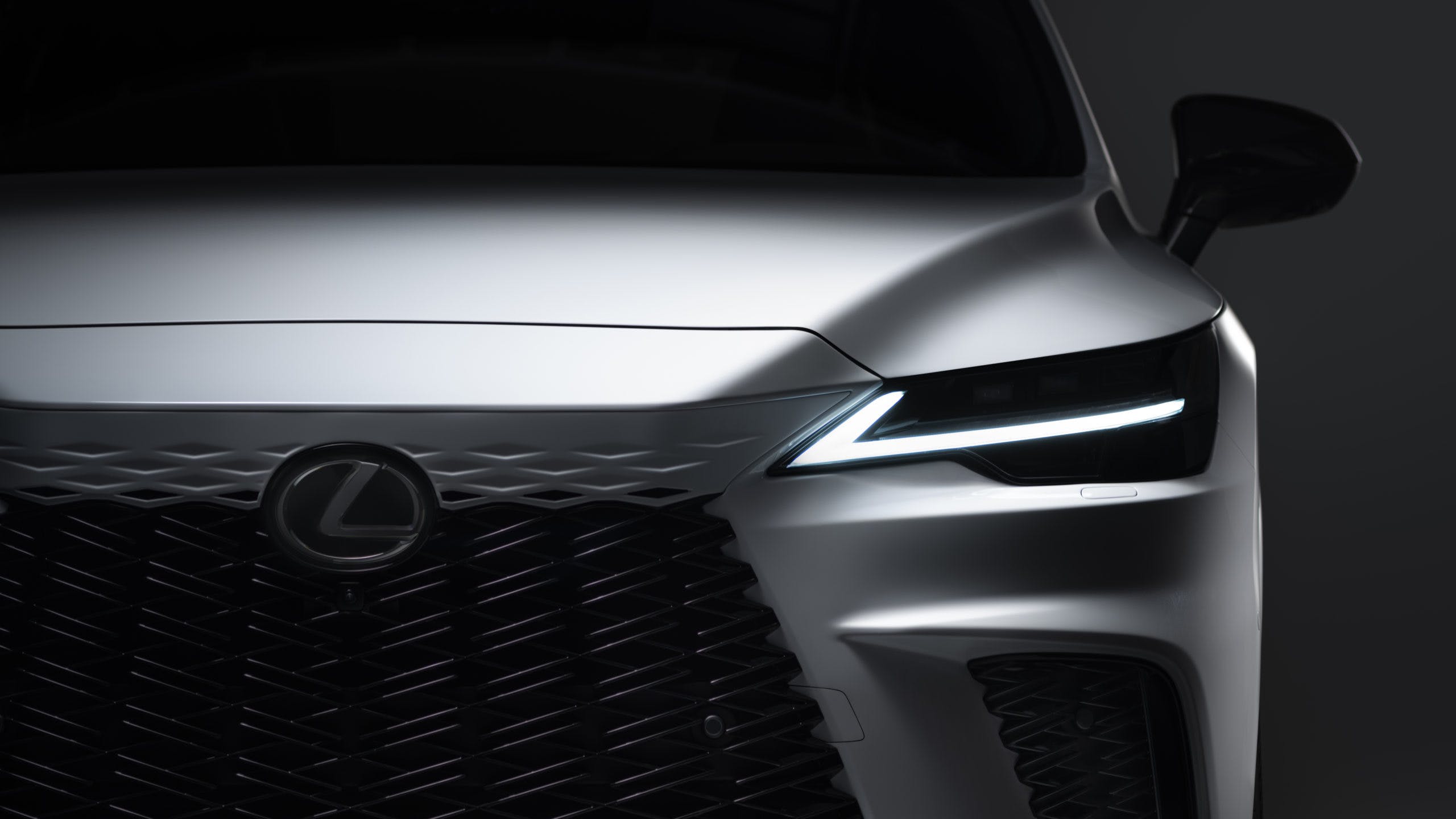 At last, the 2023 Lexus RX has been previewed. The current generation has been in production since 2016 and is long due for a major overhaul. Its replacement will be a welcome upgrade since this crossover has long been a bestseller. Lexus released a single teaser photo showing part of the front fascia, which hints at an evolutionary design. The spindle grille remains but it’s now two-tone with the upper part in the vehicle’s body color and the latter in black. It’s similar to what we saw in the LF-Z Electrified Concept, only this time you get more functional openings. There are also diamond patterns on the top mixed with a mesh look. The headlights are reminiscent of the refreshed LS where the LED daytime running lights are now within the main headlight cluster.

The 2023 Lexus RX follows the second-generation NX and the all-electric RZ 450e in the brand’s product offensive. However, being Lexus’ high-volume model, the RX is the most important, especially in the North American market. Like its smaller sibling, the RX is expected to move to the TNGA-K platform, which also underpins the ES sedan and several Toyota models including the RAV4, Camry, Highlander, and Venza. Like the current model, the 2023 RX electrified models will be in the cards. However, don’t expect the current 308-hp V6-based system to return because Toyota and Lexus have switched many of its hybrids to four-cylinder based units.

One of the biggest changes will likely be the addition of a plug-in hybrid variant, possibly dubbed the RX 450h+. This model will get an e-AWD system standard and share its powertrain with the NX 450h+ and Toyota RAV4 Prime. Expect this one to have more power because it could get a larger battery and more powerful electric motors to go with the 2.5-liter four-cylinder. Electrified versions without a plug could become standard as Lexus aims to offer a broader range of hybrids. The most accessible of those could be the RX 350h, which should use the same powertrain as the NX 350h. Once again, it could get more than 239 hp to distinguish it from its smaller sibling.

Word has it that Lexus aims to offer a broader range of variants on the 2023 RX. In addition to the luxury-focused models, varying degrees of F Sport flavors are in the cards. The RX 450h+ should be available with the standard F Sport package, which includes cosmetic tweaks and retuned suspension components. A handling package should further increase the RX’s handling limits without hurting its ride quality.

The most significant addition could be the rumored F Sport Performance model. This version is expected to deviate from the typical Toyota and Lexus power-split hybrid systems because it will use a parallel setup similar to the one found in the new Tundra and Sequoia but only in a FWD configuration. It will use a 2.4-liter turbo-four with an electric motor sandwiched between it and the eight-speed automatic transmission. This version could be the most powerful RX to date and surpass the current V6-powered RX 450h. However, don’t expect this to compete with cars like the BMW X5 M because this slots in between a standard RX and a full-on F model.

The 2023 Lexus RX should go on sale before the end of the year. Expect a staggered rollout of models with mainstream variants arriving first followed by the plug-in hybrid and the rumored F Sport Performance variant that could be called the RX 550h.