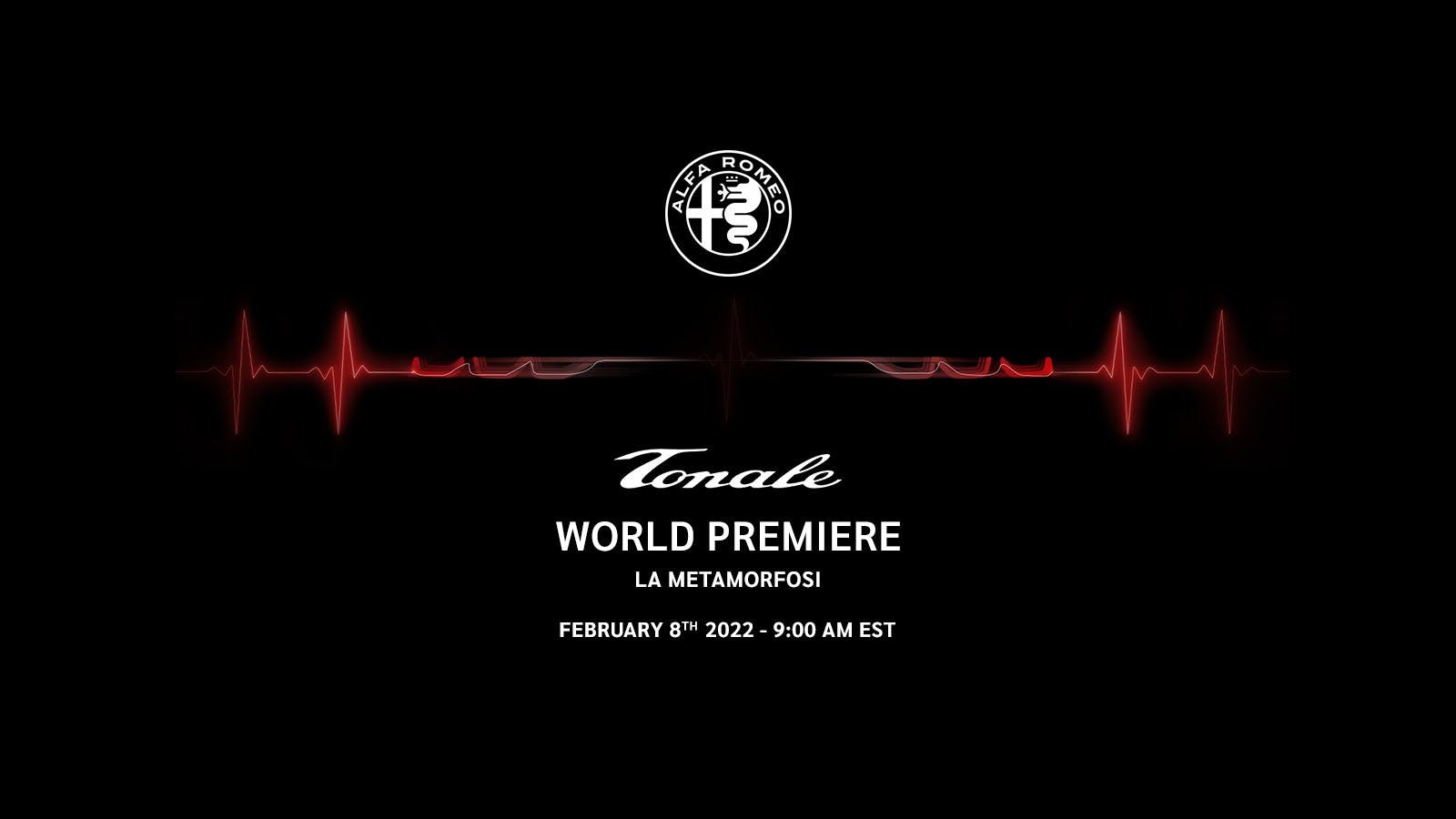 Finally! The 2023 Alfa Romeo Tonale will debut in production form during a digital event on Feb. 8! Originally previewed as a thinly disguised concept at the 2019 Geneva auto show, the Tonale will slot below the larger Stelvio in the brand’s lineup, making it the new gateway into the Alfa Romeo brand. The sole teaser released by Alfa Romeo shows the taillights of the car turning into heartbeat lines. That alone hints that the crossover will barely change in its journey from concept to production.

Based on spy shots of a prototype caught testing in Europe last year, the 2023 Alfa Romeo Tonale retains the brand’s signature look. The triangle grille remains along with the thin headlight clusters with multiple projectors in them. Its greenhouse is more rounded than most crossovers, which should result in a more carlike look. Key competitors for the Tonale include the Audi Q3, Lexus UX, Volvo XC40 and C40, BMW X1 and X2, and Mercedes-Benz’s GLA- and GLB-Class.

Currently, only the Lexus UX and the two Volvos offer an electrified option in the form of the UX 250h and the all-electric XC40 and C40 Recharge. An all-electric version of the GLB-Class called the EQB is due out for the U.S. market later this year. The Tonale will be a unique offering because it will be available with a plug-in hybrid powertrain, making it the first Alfa Romeo to include an electrified option. It splits the difference between the UX 250h, which is a standard hybrid, and the battery-electric models from Volvo. Unlike the Giulia and Stelvio, the Tonale will be FWD-based since it uses a heavily modified version of the CUSW architecture used in several Stellantis products including the Jeep Renegade, which is also available as a PHEV in Europe and other global markets. In the U.S., the Tonale will likely be available only with AWD.

The powertrain options for the Tonale remain a mystery because that’s reportedly one of the main reasons Alfa Romeo pushed back its launch. Originally, it was meant to share the same plug-in hybrid system on the 4xe variants of the Jeep Renegade and Compass in Europe. That couples a 1.3-liter turbo-four with an electric motor, an 11.4-kWh battery, and a six-speed automatic transmission. The most powerful version of that system made 237 hp combined. However, Jean-Philippe Imparato, CEO of Alfa Romeo, wasn’t satisfied with its performance and decided to delay the crossover’s launch.

Now, it appears the Tonale will get a PSA-developed plug-in hybrid system instead. This takes a 1.6-liter turbo-four and couples it to two electric motors, an 11.5- or 13.2-kWh battery, and an eight-speed automatic transmission. The most powerful version of this powertrain is found in the Peugeot 508 PSE sedan and wagon. They make a whopping 355 hp and 384 lb-ft of torque. Unlike current Stellantis PHEVs sold in the U.S., this system uses an e-AWD setup because the second electric motor is mounted on the rear axle.