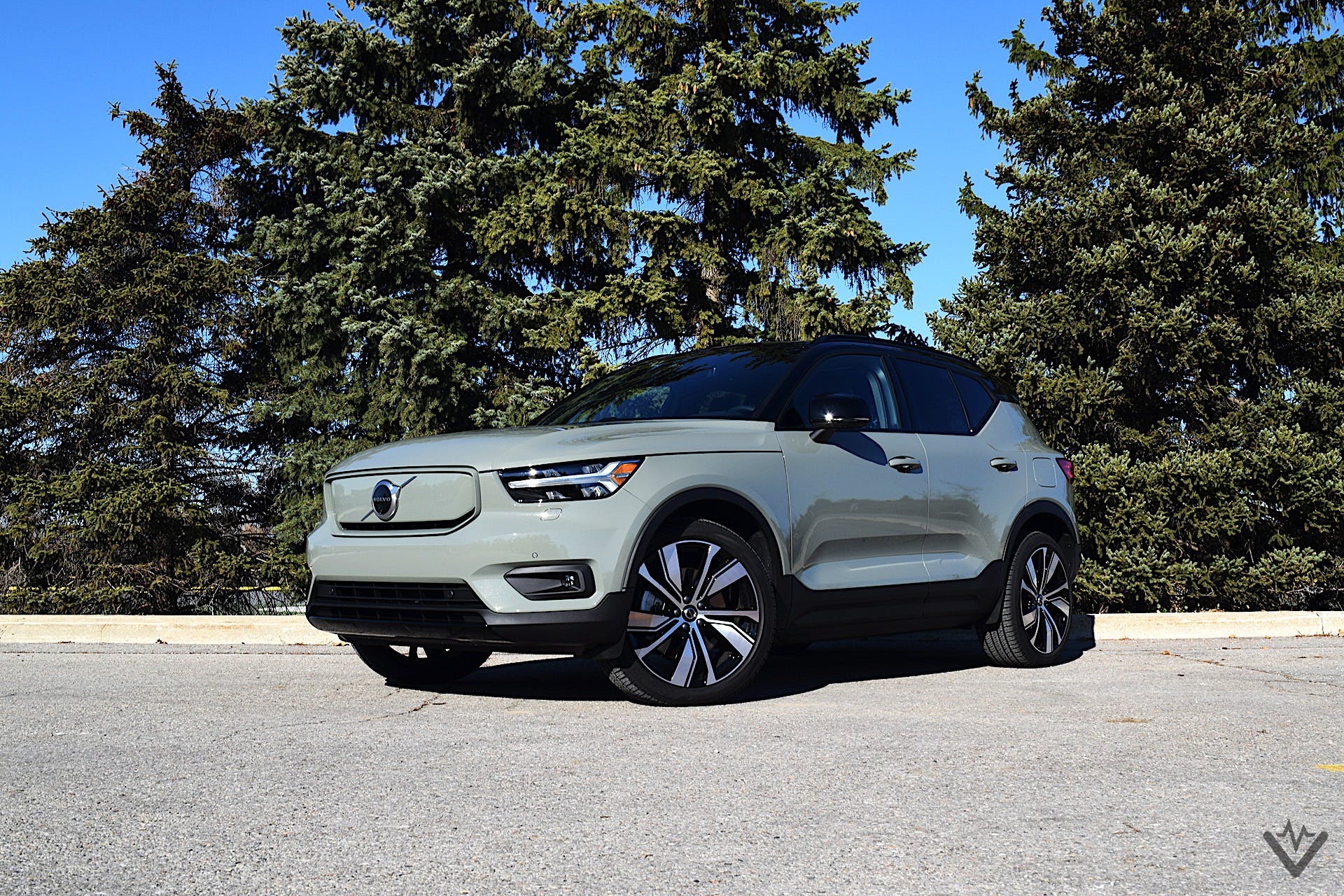 Hot on the heels of the updated Polestar 2 which got a nice range bump for 2022, its cousin, the 2022 Volvo XC40 Recharge also gets one. Originally EPA-rated at 208 miles, the quirky all-electric crossover now gets 223 miles per charge according to the new 2022 Fuel Economy guide. That’s an increase of 15 miles versus the 2021 car. However, that’s still on the low side.

Considering the 2020 Volvo XC40 Recharge’s boxy proportions, it’s likely not as aerodynamic as the Ford Mustang Mach-E or Tesla Model Y, which are shaped more like wedges. The Mach-E also uses a larger battery in the extended range models, which is rated between 260 to 305 miles depending on the version you get. Tesla’s Model Y, on the other hand, is good for 303 miles in Performance guise and 326 miles in Long Range flavor. Even the discontinued Standard Range model is rated at 244 miles by the EPA.

Powering the 2022 Volvo XC40 Recharge is a 78-kWh battery with 75 kWh usable capacity. It has an electric motor in each axle for a combined output of 402 hp and 487 lb-ft of torque. The XC40 Recharge can DC charge at peak rates of 150 kW, allowing it to get to 80 percent in roughly 40 minutes. A level 2 AC charger will give you a full charge in about 8.0 hours at peak rates of 11 kW. Like the Polestar 2 and the upcoming C40 Recharge, the XC40 Recharge is based on Volvo Car Group’s CMA architecture, which was developed to accommodate everything from hybrids to all-electric vehicles.

With the Volvo XC40 Recharge receiving the bump in driving range, the C40 Recharge could potentially get the same 223-mile rating as its boxy sibling. However, the swoopy roofline could improve aerodynamics, which has the potential to give it higher range estimates. Don’t expect it to get similar numbers as the Polestar 2, which is a sedan and has a shape that’s better for cheating the wind. The C40 Recharge is mechanically similar to the XC40 Recharge. It uses the same two electric motors and a 78-kWh battery.

Owners of a 2021 model don’t fret because the crossover is capable of over-the-air software updates. Volvo and Polestar have recently released several updates to their CMA-based vehicles to optimize the powertrain and range over time. The 2022 EPA ratings likely reflect those updates since the 2021 model year filing doesn’t include them.

Unlike its Polestar sibling, don’t expect the XC40 Recharge to get a single motor version. In the Polestar 2, you get the same battery and an electric motor with 228 hp and 243 lb-ft mounted in the front axle. That variant is rated for 265 miles per charge.

The 2022 Volvo XC40 Recharge will be offered in two grades: Plus, and Ultimate. All battery-electric Volvo models also get 250 kWh of free charging from Electrify America for the first three years. Once that has been used up, owners will automatically be eligible for the Electrify America Pass+ and Volvo will cover the membership fee for the first year and be eligible for discounted rates. The XC40 Recharge remains eligible for the full $7,500 federal tax credit plus available local and state incentives.