Next-generation Volvo XC90 will be all-electric, get autonomous driving tech 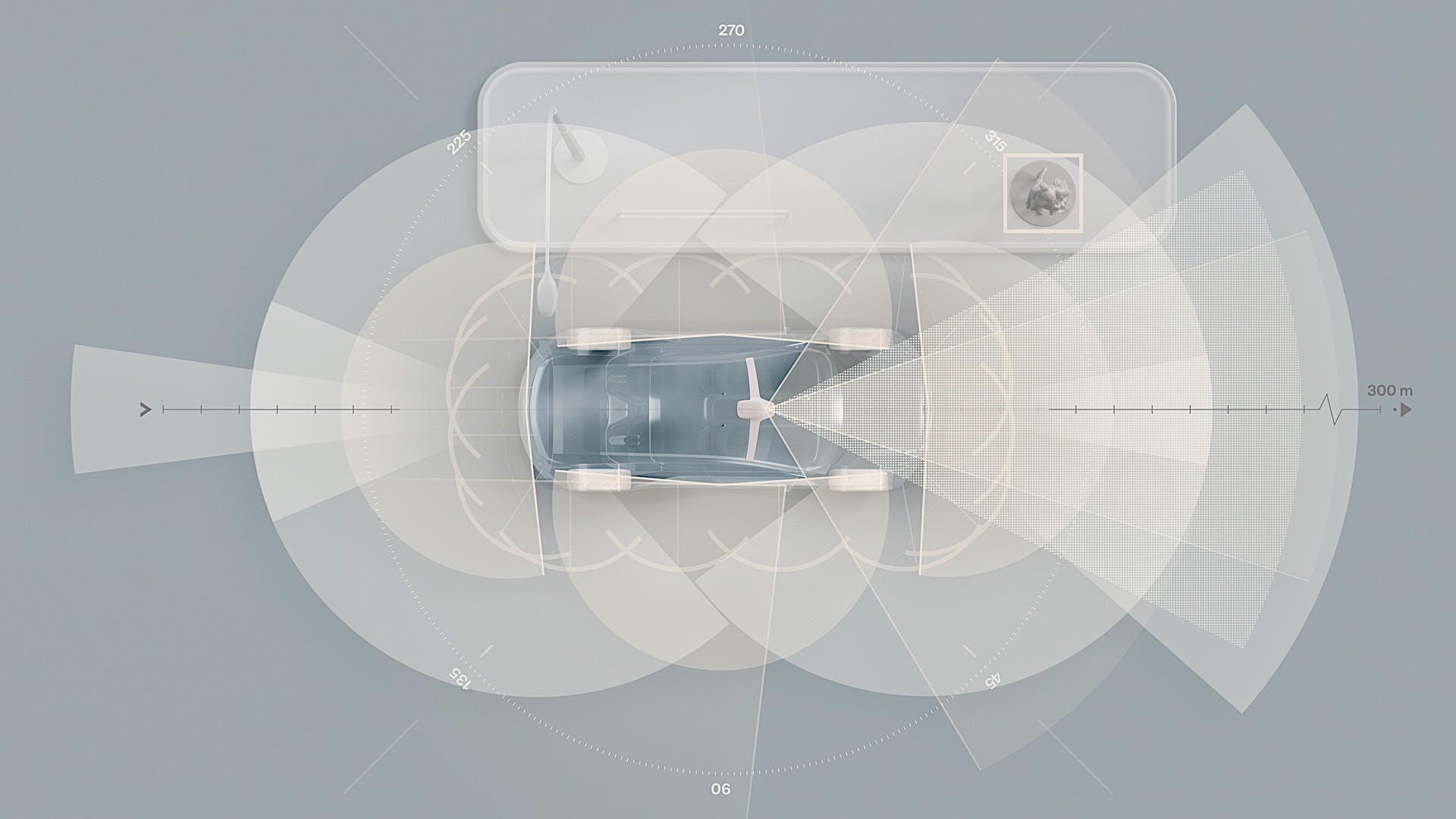 Complete sensor set on the next XC90. Photo credit: Volvo

Volvo has confirmed that the next generation of its XC90 flagship crossover will be all-electric. In addition, it will get a range of sensors, radar, LIDAR, and an autonomous driving computer powered by NVIDIA Drive system-on-a-chip. As the Swedish brand doubles down on electrification, it also intends to cement its safety leadership in the age of autonomy. Combining hardware and software made in-house with those from Zenseact and Luminar, Volvo intends to further reduce fatalities and accidents.

“Volvo Cars is and always has been a leader in safety. It will now define the next level of car safety,” said Håkan Samuelsson, CEO of Volvo Car Group. “By having this hardware as standard, we can continuously improve safety features over the air and introduce advanced autonomous drive systems, reinforcing our leadership in safety.” Volvo aims to reduce collisions using the new technology, which will be further upgraded with over-the-air (OTA) updates. The upcoming features on the next-generation Volvo XC90 are also meant to address traffic incidents that result in a large portion of severe injuries and fatalities on the road today.

“In our ambition to deliver ever safer cars, our long-term aim is to achieve zero collisions and avoid crashes altogether,” said Henrik Green, chief technology officer at Volvo Car Group. “As we improve our safety technology continuously through updates over the air, we expect collisions to become increasingly rare and hope to save more lives.” The safety features will become more capable over time via OTA updates and eventually get to the point where the car assists the driver, improving the latter’s capabilities in avoiding critical situations. They’ll eventually get to the point where they will intervene instead of simply warning the driver.

Backup hardware for steering and braking will also be added to the next-generation Volvo XC90 to get it ready for unsupervised autonomous driving. Together with LIDAR, these components will enable the XC90 to use Highway Pilot, an autonomous driving assist made for highway use. Developed in-house together with software company Zenseact, Highway Pilot will be available to customers in places where autonomous driving is allowed and conditions for the system to work are met. Volvo is also working with NVIDIA for its core and autonomous drive computers. In addition to allowing for OTA updates, the NVIDIA technology will also get the necessary computing power for vision and LIDAR processing.

As Volvo aims to go completely electric by 2030, it’s not surprising that its flagship XC90, which is due to make its global debut in 2022, will go all-electric. The Swedish brand has already announced that its bestselling model, the XC60 compact crossover, will also go electric and that its next-generation platform has been developed specifically for battery-electric vehicles. We’re suspecting that the next XC90 and XC60 will be on this new architecture, which will be first used by sister brand Polestar on its first crossover, the Polestar 3, which will be built at Volvo’s South Carolina facility. Volvo and Polestar are also early adopters of the fantastic Android Automotive user interface, which will be on all of their vehicles starting in the 2022 model year.

Volvo will reveal more information regarding its autonomous and driver assistance technologies on June 30 at the Volvo Cars Tech Moment event. Expect to learn more on Volvo Car Group’s battery-electric platform as well, which is likely the successor to its two current modular architectures: SPA for the 90 and 60 series vehicles and CMA for the 40 lineup, Polestar 2, and several Geely models. Additional info on Volvo’s partnership with Northvolt could also be announced at the event.