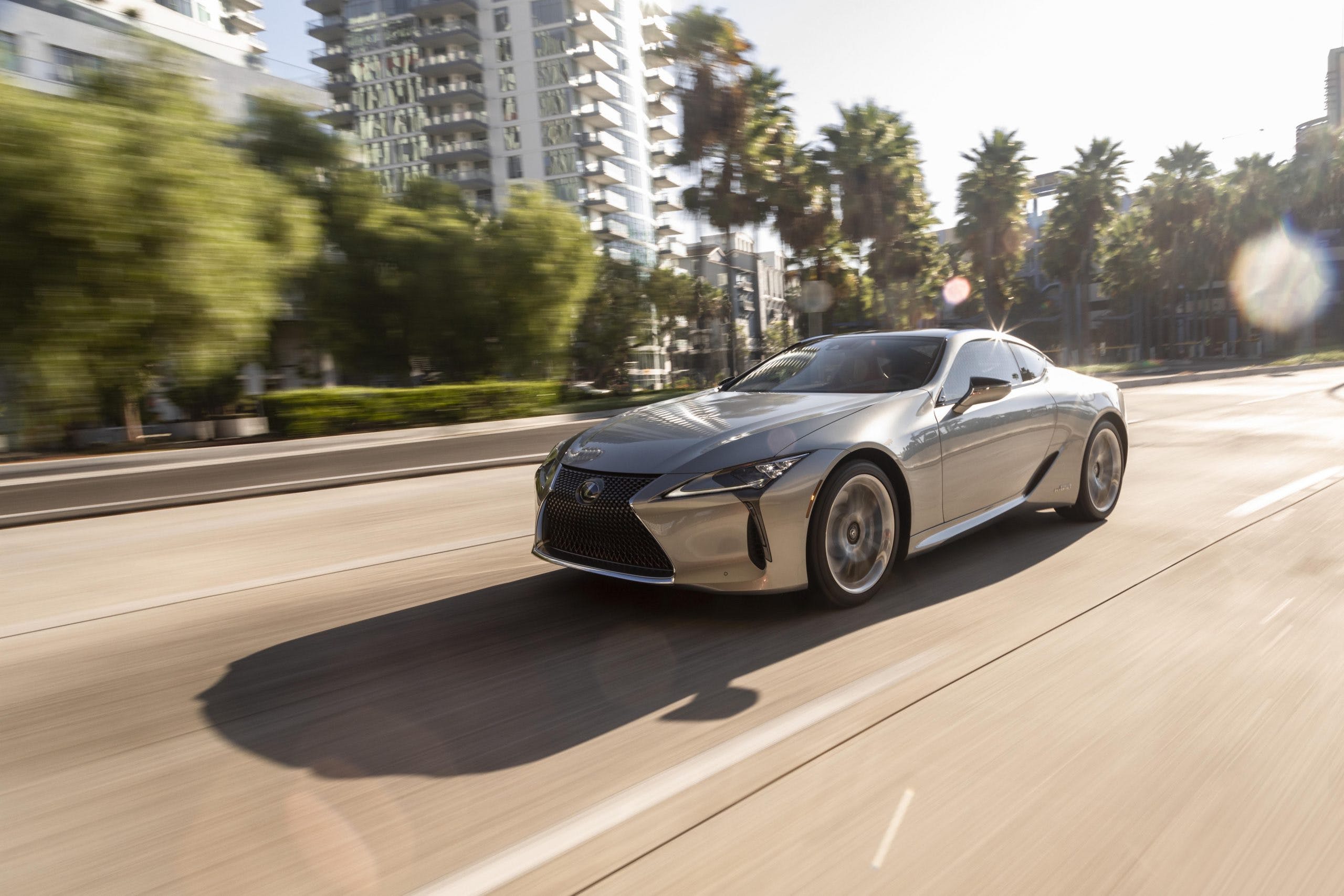 The 2022 Lexus LC 500h has been announced and it now includes a new Bespoke Build model. This will allow prospective owners to customize their electrified grand touring coupe according to their personal preferences. Based on the LC 500h with the Sport package, the Bespoke Build gets high-performance brake pads, a Torsen limited-slip differential, Yamaha performance rear dampers, parking sensors, a glass roof, and the All-Weather package as standard equipment.

Using the Sport package trim as the canvas, prospective owners of the 2022 Lexus LC 500h Bespoke Build can add a carbon fiber roof, black 21-inch alloy wheels, and a carbon spoiler. This is also the only way to get the new Manhattaneige interior, which is a two-tone black and orange scheme. Bespoke Build vehicles will come with a special badge inside the cabin and a certificate of authenticity printed in Japanese washi paper that’s been signed and stamped by Yasushi Moto, Chief Engineer for the LC, and Vinay Shahani, Vice President of Marketing at Lexus. On Nov. 17, Lexus will launch the configurator for the 2022 LC Bespoke Edition to enable prospective buyers to configure their vehicles. It will also allow them to place an order online and the selected Lexus dealer will provide updates throughout the production process to further personalize the experience.

Lexus has updated the LC’s suspension again for 2022 to sharpen the car’s driving dynamics even further. The front and rear suspension have been optimized to improve the ground contact feel. Steering response has been reworked, too, and Lexus says it’s more linear at higher speeds, resulting in a sharper, nimbler vehicle when you consider the chassis improvements.

Powering the 2022 LC 500h is a 3.5-liter V6 coupled to an electric motor, a lithium-ion battery, a planetary gear set, and a four-speed automatic transmission. It makes 354 hp combined. Unlike FWD-based Lexus hybrids, the LC 500h and its sedan sibling, the LS 500h, use a multistage setup where the planetary gear set and four-speed automatic mimic a 10-speed gearbox in Manual mode. When left to their own devices they help expand the operating range of the V6 and electric motor for better power delivery. Unlike the LS 500h, the LC 500 is only available in RWD configuration.

The LC and LS are two out of three vehicles in the U.S. that use Toyota and Lexus’ TNGA-L architecture. This platform was specifically designed for RWD applications and luxury cars. In other markets, the Toyota Crown uses a modified version of the TNGA-L platform that’s narrower than the version found used on the LC and LS. The latest vehicle to use this is the second-generation Toyota Mirai, which gets a modified version tailored specifically for hydrogen fuel cell applications. The electric motor is mounted in the rear while the hydrogen tanks are positioned in the center tunnel and behind the rear seats. Thanks to the long hood and RWD configuration, there’s more room in front for the new fuel cell stack.

The list of standard features on the LC 500h is extensive and includes a full suite of driver assistance and collision avoidance features. It’s also one of the last models to have a 10.3-inch screen controlled only by the touch pad. Apple CarPlay, Android Auto, and Amazon Alexa compatibility are standard on all models. Pricing for the 2022 Lexus LC 500h starts at $100,125.