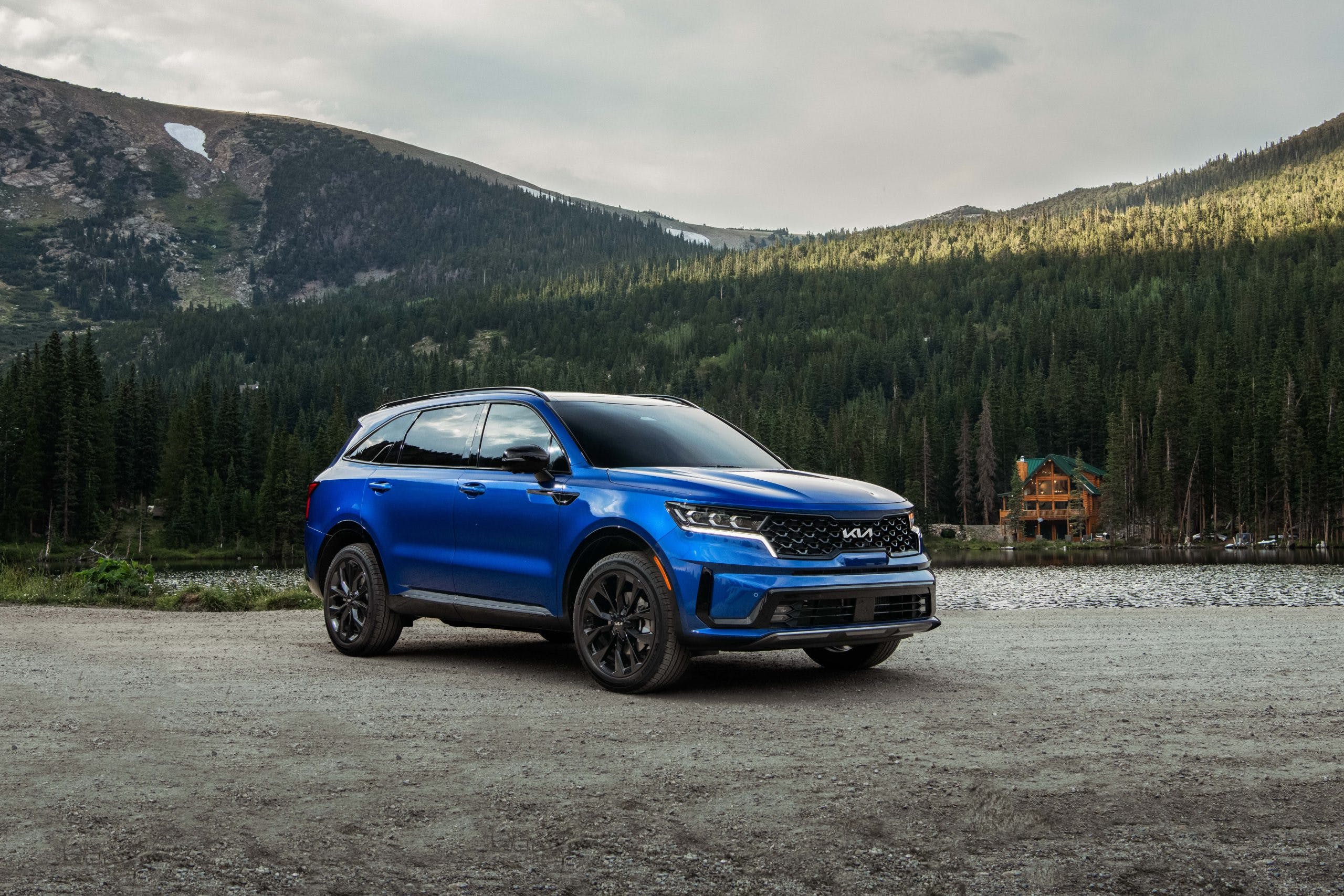 Well, that didn’t take long. Only a year after it arrived on the market as an FWD-only model, the 2022 Kia Sorento Hybrid is now available with AWD. This expands the crossover’s appeal, making it a viable option to consumers living in areas with four seasons. Power comes from a 1.6-liter turbo-four coupled to a 60-hp electric motor, a 1.5-kWh lithium-ion battery, and a six-speed automatic transmission. The total output is 227 hp and 258 lb-ft of torque.

EPA ratings for the FWD 2022 Kia Sorento Hybrid is 39/35/37 mpg city/highway/combined. The AWD version hasn’t been rated yet but expects it to be along the same lines as the Hyundai Santa Fe Hybrid, which is rated for 36/31/37 mpg in the Blue trim or 33/30/32 in the SEL and Limited grades.

If you’re looking for more creature comforts, you’ll need to step up to the Sorento PHEV. That model is only available in SX and SX Prestige grades and gets AWD as standard. Additionally, it gets a larger 13.8-kWh battery and a 99-hp electric motor, upping the total output to 261 hp. PHEV models are also able to travel up to 32 miles in EV mode and are EPA-rated at 35/33/34 mpg. On a full tank and a full charge, you can travel up to 460 miles.

Being a range-topping model, the plug-in hybrid is the only way to get features like ventilated front seats, heated second-row seats, a 12.3-inch digital gauge cluster, a Bose audio system, and a power-operated front passenger seat in an electrified Sorento. Both the standard hybrid and PHEV are also offered only in six-seat configuration featuring second-row captain’s chairs. Neither the Sorento Hybrid nor the PHEV is available with the X-Line package, which raises the suspension slightly and gives the crossover a more rugged look with the addition of extra cladding and black alloy wheels.

The 2022 Kia Sorento Hybrid is one of only three mid-size crossovers with three rows of seating and an electrified powertrain in the mainstream segment. It competes directly against the Toyota Highlander Hybrid and Ford Explorer Hybrid. Kia will also be the only mainstream automaker offering a three-row plug-in hybrid crossover. The Sorento PHEV will eventually gain a competitor next year when the 2023 Mitsubishi Outlander PHEV arrives with seven seats.