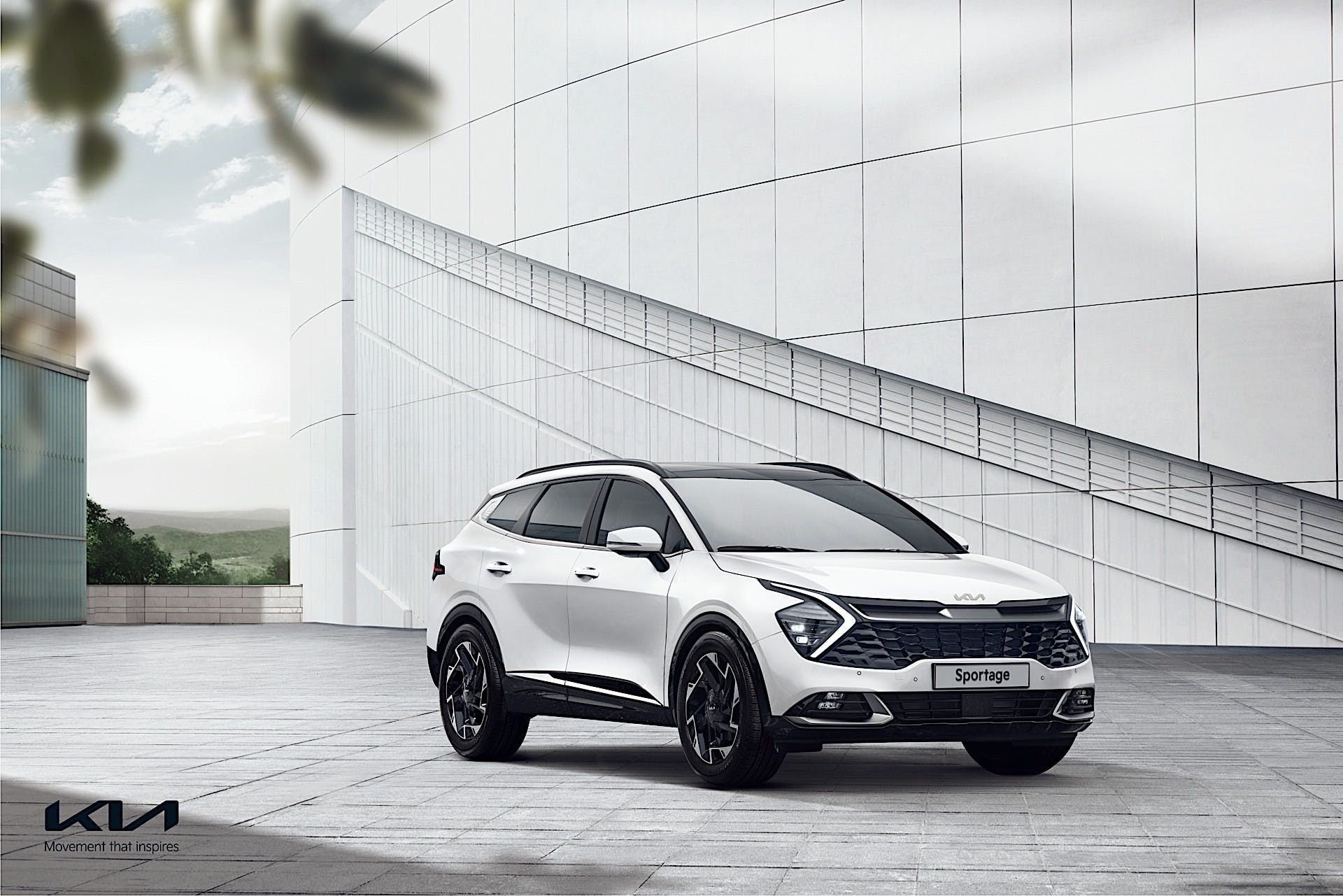 The covers have finally lifted off the 2023 Kia Sportage and it looks quite imposing. Its front end blends a hungry-looking grille with cool angular LED accents and the main headlight clusters, giving it a predator-like face. You also find the floating roof treatment thanks to a silver strip or black trim that runs the beltline depending on the version. In the back, the two taillight clusters are connected by a single LED strip while the black body cladding appears to rises higher than your average crossover. Gone are the rounded proportions of the old Sportage; instead, you get a vehicle that’s less stubby and more upright than before.

Like the Sorento, it appears two flavors of the 2023 Kia Sportage will be offered. A rugged X-Line version and an on-road focused GT-Line. The latter will likely morph into the SX trim in North America as it has in the Sorento and Seltos. You can distinguish the X-Line variants via more conventional plastic body cladding, a different lower front fascia, a thicker chrome strip on the side sills, and two-tone black and silver alloy wheels in a star pattern. The GT-Line, on the other hand, has geometric wheels, and silver trim on the windows and front bumper. It also appears that the X-Line has a slightly raised suspension versus the GT-Line, something we also see in the Sorento SX and X-Line.

Quite possibly the biggest highlight on the 2023 Sportage is the interior. You find a tech-heavy cabin that’s clearly been designed with inspiration from the EV6. The centerpiece is a massive curved display that houses the main screen at the digital gauge cluster. You find a rotary shifter on the center console along with a mix of physical and haptic feedback buttons on the center stack. Kia also opted to show the cool two-tone blue and white interior layout, which we hope will find its way into North America. Much of the interior’s layout evokes the Kia family look found in the EV6 and Sorento but the Sportage gets its own distinct take on that. The air vents are also thinner and integrate well into the trim.

As with the 2022 Hyundai Tucson, the 2023 Kia Sportage will be offered in standard or long-wheelbase varieties depending on the market. The U.S., Korea, the Middle East, and China are likely getting the latter while Europe and the rest of Asia get the former. Under the skin is the same new platform found on the new Tucson. Long wheelbase versions should offer significantly more interior space than the outgoing car.

The two hybrid powertrains in the Sorento will likely serve as the high-power, high-efficiency option. That means a 1.6-liter turbo-four coupled to an electric motor, a 1.5-kWh lithium-ion battery, and a six-speed automatic transmission in the standard hybrid. This should get you 227 hp combined. The plug-in hybrid adds a more powerful electric motor and swaps the 1.5-kWh battery for a 13.8-kWh unit, raising combined output to 261 hp. Thanks to the higher-capacity battery, the Sportage Plug-in should be able to travel over 30 miles in EV mode. Expect AWD to come standard on all electrified Sportage models; however, they could be limited to the on-road-focused trims like the EX and SX.

Expect the 2023 Kia Sportage to go on sale in North America early next year. Hyundai Motor Group’s latest driver assistance and semi-autonomous features should also be on the cards.