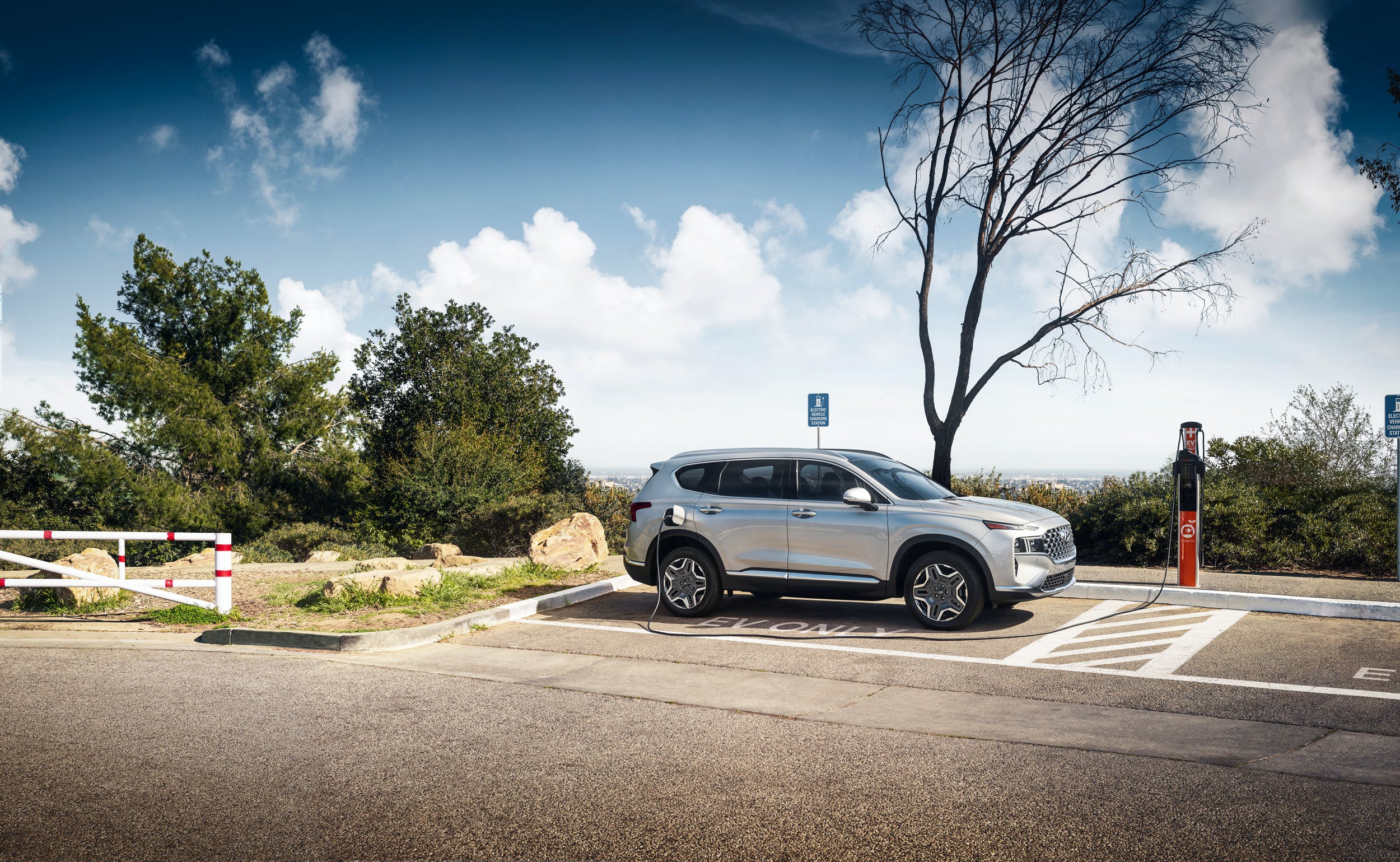 Pricing for the 2022 Hyundai Santa Fe PHEV has been announced and it gives buyers another value-packed electrified crossover. The base SEL Convenience model starts at $40,575 is essentially a mid-grade model with a full suite of driver assistance and collision prevention technologies, keyless entry/start, heated front seats, a 12.3-inch digital gauge cluster, a hands-free power liftgate, and dual-zone climate control as standard equipment. To further distinguish the plug-in hybrid variant, it also gets 19-inch alloy wheels instead of the 17-inch units in the standard Hybrid’s base Blue grade.

Every 2022 Santa Fe PHEV is powered by a 1.6-liter turbo-four coupled to a 66.9-kW electric motor, a 13.8-kWh battery, and a conventional six-speed automatic transmission. The total system output is 261 hp and AWD is standard on both trims. In all-electric mode, the Santa Fe PHEV can travel up to 31 miles. When driven as a hybrid, it’s good for 40 miles with a full tank and a full charge or 33/32/33 mpg city/highway/combined according to the EPA.

An upcoming potential competitor to the Santa Fe PHEV is the 2023 Mitsubishi Outlander PHEV. It features the next evolution of Mitsubishi’s plug-in hybrid system, which has two electric motors. This vehicle also has a 5+2 seating configuration and an electric AWD system instead of a mechanical one. Each axle is powered by an electric motor, which Mitsubishi says is 40 percent more powerful. They’re backed by a large 20-kWh battery, which reportedly enables the crossover to travel up to 54 miles in all-electric mode according to the WLTP cycle. Pricing for the 2023 Outlander PHEV won’t be released until closer to its North American on-sale date in the second half of 2022.

For now, the 2022 Hyundai Santa Fe PHEV doesn’t have a direct competitor. There aren’t many two-row mid-size crossovers with hybrid powertrains and the Santa Fe is the only one that offers a version with a plug. Sales of the Santa Fe PHEV will be limited to California, Colorado, Connecticut, Maine, Massachusetts, Maryland, New Jersey, New York, Oregon, Rhode Island, and Vermont. The Santa PHEV is also eligible for a tax credit of $6,587 along with local and state incentives.