2022 Hyundai Tucson PHEV priced for maximum bang for your buck 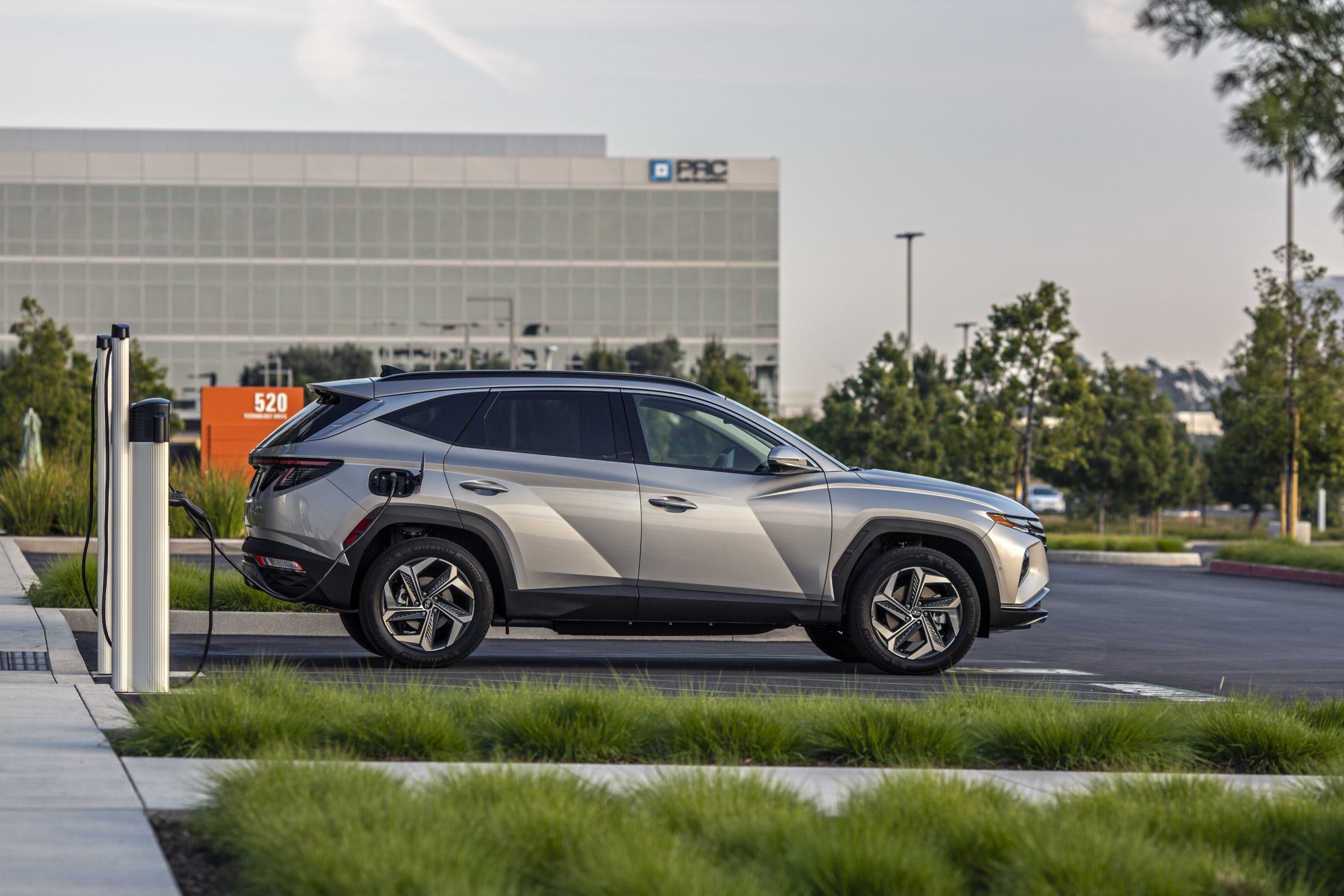 Pricing for the 2022 Hyundai Tucson PHEV has finally been announced and it’s been positioned to give you nearly everything for not much money. Available in two flavors, the base SEL starts at $35,975. Essentially a mid-grade model, this gets you nearly all of the driver assistance and collision prevention features, heated front seats, dual-zone climate control, an 8.0-inch touch screen, Apple CarPlay, and Android Auto compatibility, and 19-inch alloy wheels. The range-topping Limited trim is equipped exactly like it is on the standard Tucson Hybrid and internal combustion version. At $43,775, you get goodies like a digital gauge cluster, a 10.25-inch touch screen, built-in navigation, a Bose audio system, ventilated front seats, heated rear seats, a heated steering wheel, remote parking capability, a surround-view camera, and a panoramic sunroof.

The 2022 Hyundai Tucson PHEV slots neatly between its two key competitors when it comes to pricing. Toyota’s RAV4 Prime and Mitsubishi’s Outlander PHEV start at $39,565 and $37,490. The Ford Escape PHEV is slightly cheaper than the Tucson at $34,965. When you load up its rivals, the Ford checks in at $43,770, putting it right in line with the Hyundai. There is a caveat, though. Ford only offers the Escape PHEV with only FWD whereas the Tucsongets AWD standard. If you’re looking for a Blue Oval compact crossover with a plug-in hybrid powertrain and AWD, you have to move up to the Lincoln Corsair Grand Touring. The Toyota RAV4 Prime, however, is significantly more expensive when fully equipped at $48,650 before adding accessories and extra-cost exterior colors. Mitsubishi’s Outlander PHEV tops out at $43,190, which is slightly less than the Tucson.

Powering the Tucson PHEV is the same 1.6-liter turbo-four-based system as the standard Hybrid model. The difference is that the plug-in gets a larger 13.8-kWh battery pack and a 99-hp electric motor, upping output to 261 hp combined. That’s 41 hp less than the RAV4 Prime, 61 hp more than the Escape PHEV, and 40 hp more than the Outlander PHEV. When it comes to the all-electric range, the Tucson PHEV is on the low end at 33 miles, which is 4 miles lower than the Escape PHEV and 9 miles down versus the RAV4 Prime. The Outlander PHEV trails the Tucson’s all-electric range by 9 miles. Instead of adding an electric motor in the rear like in the RAV4 Prime and Outlander PHEV, the Tucson PHEV uses a mechanical AWD setup with a drive shaft connecting both axles.

The EPA rates the 2022 Hyundai Tucson PHEV at 35 mpg across the board. That’s lower than the RAV4 Prime and Escape PHEV, which are rated at 40/36/38 mpg city/highway/combined and 43/38/40 mpg respectively. Due to its age, the Mitsubishi Outlander PHEV is the lowest at 26 mpg across the board. The Tucson PHEV is the final member of the new generation lineup but you have to live in certain states to be able to get it. Hyundai will sell the plug-in Tucson in 11 states: California, Colorado, Connecticut, Maine, Massachusetts, Maryland, New Jersey, New York, Oregon, Rhode Island, and Vermont. It will be the first of two new plug-in hybrids that Hyundai will bring to the U.S., the second of which is the larger Santa Fe PHEV.