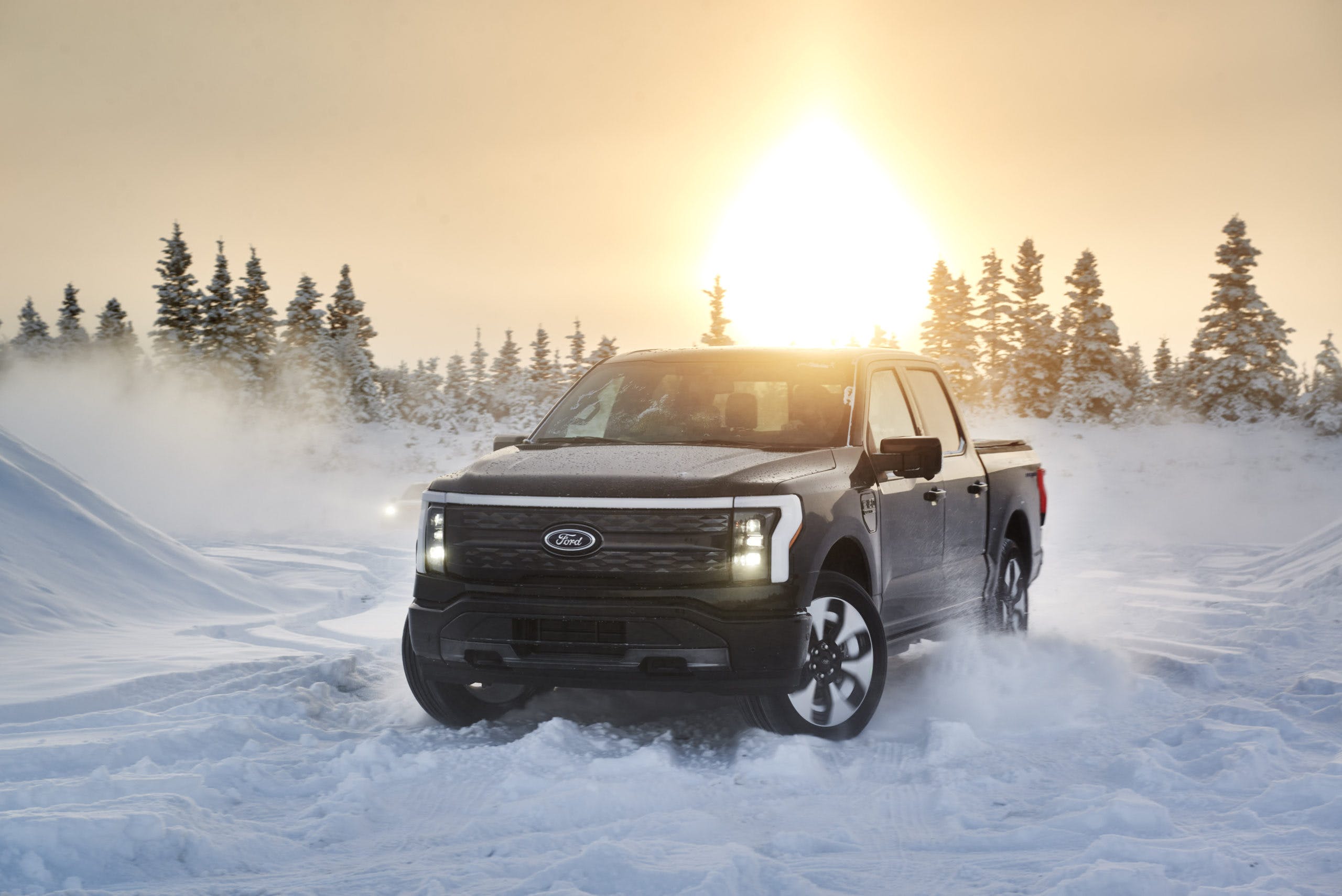 Deliveries of the 2022 Ford F-150 Lightning are about to start and it turns out the truck has more horsepower than initially projected! The original estimates were 426 hp for the standard range battery and 563 hp for the extended range pack. Now, Ford has revealed the final output for both versions and it’s quite impressive. Standard range examples have 452 hp while trucks with the extended range battery make a healthy 580. Torque, however, stands at 775 lb-ft for both variants. Every F-150 Lightning uses a dual-motor setup effectively giving it AWD. Additionally, it’s the first F-150 variant to get an independent rear suspension.

“We were seriously focused on raising the bar on this truck, including after we revealed it, so we can deliver more for our customers,” said Dapo Adewusi, Vehicle Engineering Manager for the 2022 Ford F-150 Lightning. “And our drive for continuous improvement will get a big boost when we start getting feedback and ideas from customers when they receive their Lightnings.”

Back in March, Ford revealed the final EPA range estimates for the F-150 Lightning, which was also higher than initially projected on trucks with the extended range battery. The Lightning Pro, XLT, and Lariat are good for 320 miles per charge while the Platinum is rated for 300 miles.

Why does the most expensive model have less range than the lesser versions? Blame it all on the additional standard equipment and the standard 22-inch alloy wheels, all of which add weight. Standard range trucks, on the other hand, are good for 230 miles, the same as the initial projection. Regardless of the battery you choose, the F-150 Lightning can charge at peak rates of up to 150 kW. That means you can charge from 15 to 80% in roughly 40 minutes.

In addition to the extra power, Ford also revealed that the truck’s maximum payload capacity has also increased over the original estimates. The F-150 Lightning can now haul up to 2,235 pounds, which is 235 pounds more than Ford’s anticipated. Maximum towing capacity, however, remains at 10,000 pounds

Ford has amassed well over 200,000 reservations for the F-150 Lightning and interest for the truck continues to grow. Production started last month at the Rouge Electric Vehicle Center in Michigan, the same site where Ford perfected the assembly line. The facility’s production capacity has been expanded so that it can ramp up to an annual rate of 150,000 units per year by 2023. This is part of a $1 billion investment in the state of Michigan where Ford will add 1,700 new jobs. The Rouge Electric Vehicle Center will add around 75 new jobs to the state.

Pricing for the 2022 Ford F-150 Lightning starts at $41,669 for the commercial variant, the Lightning Pro. The extended range battery, however, will be limited to fleet and business customers for this version. Retail models, which start at the XLT grade with the standard range battery, are priced from $54,669. The most expensive variant, the F-150 Lightning Platinum will run you over $90,000 but gets the extended range battery pack as standard. It also gets more goodies such as heated, ventilated, and massaging front seats, the Sync 4A user interface with a 15.5-inch touch screen, and an 18-speaker B&O Unleashed audio system.