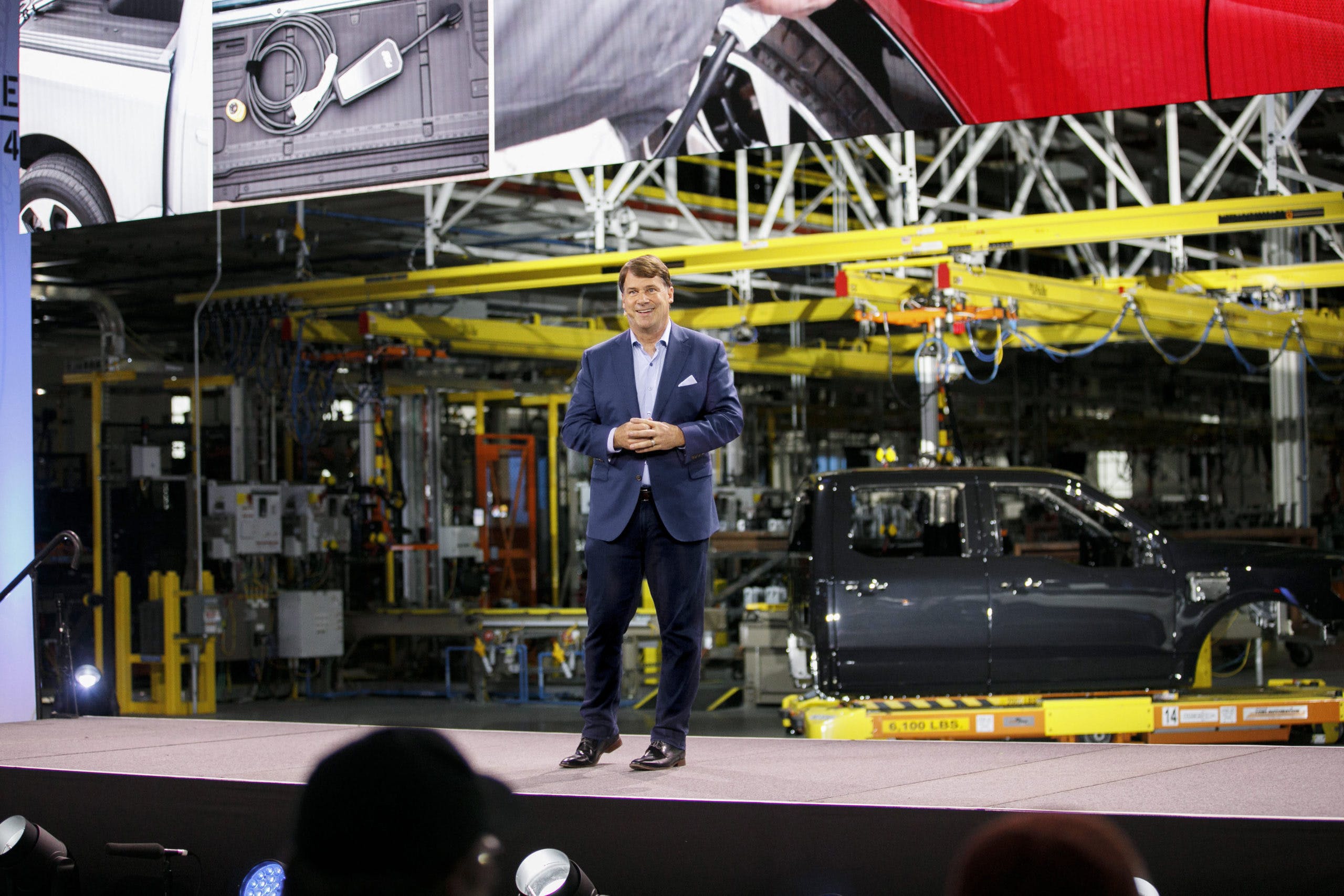 Production of the 2022 Ford F-150 Lightning has officially started at the Rouge Electric Vehicle Center in Michigan. This starts the official series build that is going to customers who preordered the all-electric pickup, which will start at $41,669 for the base standard range version.

“Today we celebrate the Model T moment for the 21st Century at the Rouge Electric Vehicle Center,” said Bill Ford, Executive Chair of Ford Motor Company. “The Rouge is where Ford perfected the moving assembly line, making it a fitting backdrop as we make history again. The stunning anticipation for F-150 Lightning is a credit to the work of our Ford engineers and designers, and the UAW team members who are building these trucks with pride.”

Currently, there are 200,000 reservations for the F-150 Lightning. This has resulted in the expansion of the Rouge Electric Vehicle Center to allow for a production ramp-up to an annual rate of 150,000 units per year by 2023. Ford has invested a total of $950 million in the facility, which created 750 new jobs. This is part of a larger $1 billion investment in the state of Michigan that will add 1,700 new employment opportunities across five Ford plants including the Van Dyke Electric Powertrain Center where the electric motors and transaxles are built and the Rawsonville Components Plant the site of battery production.

The Rouge Electric Vehicle Center is the first Ford manufacturing site that uses autonomous robot vehicles instead of a traditional in-floor conveyor line. This allows for additional flexibility in the plant for production output, quality checks, and product customizations. Changes can also be made quickly without the usual constraints of a traditional production line, which requires floor chains, moving mats, conveyors, and overhead cranes to be installed. The facility also uses collaborative robots that work alongside people for ergonomically challenging tasks without any safety cages. The Rouge Electric Vehicle Center is also a zero-waste-to-landfill site, meaning the byproducts of the manufacturing process don’t go to landfills. This facility is also unique because it was built on the site of the Dearborn Assembly Plant using materials from the prior facility’s foundations. Ford is aiming to achieve carbon neutrality by 2050 and to use 100 percent local, renewable electricity in its manufacturing operations by 2035.

Available in crew cab configuration with a 5.5-foot bed, the F-150 Lightning will be offered in four trims including a work truck called the Lightning Pro. Standard range models are good for 230 miles per charge according to the EPA. Its two electric motors make 426 hp and 774 lb-ft of torque. The extended range battery is available on the Lightning Pro, XLT, and Lariat grades, and standard on the range-topping Platinum trim. Horsepower increases to 563 with the larger pack. Its driving range goes up to 320 miles on the lower grades and 300 miles on the Platinum. The latter is lower due to it getting more standard equipment and 22-inch alloy wheels.

Pricing for retail versions of the 2022 Ford F-150 Lightning can break past $90,000 in the luxury-oriented Platinum grade. Other features include the ProPower Onboard system that allows you to run electronic devices and appliances. Certain versions can produce 9.6 kW of power. Peak DC charging rates reach 150 kW, allowing the truck to go from 15 to 80 percent in roughly 40 minutes regardless of the battery pack.

Written by Stefan Ogbac
Follow Author
RELATED ARTICLES
2022 Ford F-150 Lightning becomes the first electric truck to serve as NASCAR pace car
Ford attempting to crack down on dealership shenanigans regarding the F-150 Lightning
Ford and SK Innovation start joint venture for U.S. battery manufacturing
Should you get a screen protector for your Tesla Model 3?
RELATED ARTICLES
JOIN THE EV PULSE NEWSLETTER
Receive weekly updates on each of our electrifying articles.