EV 101: Can the Ford F-150 Lightning use a Tesla Supercharger charging station? 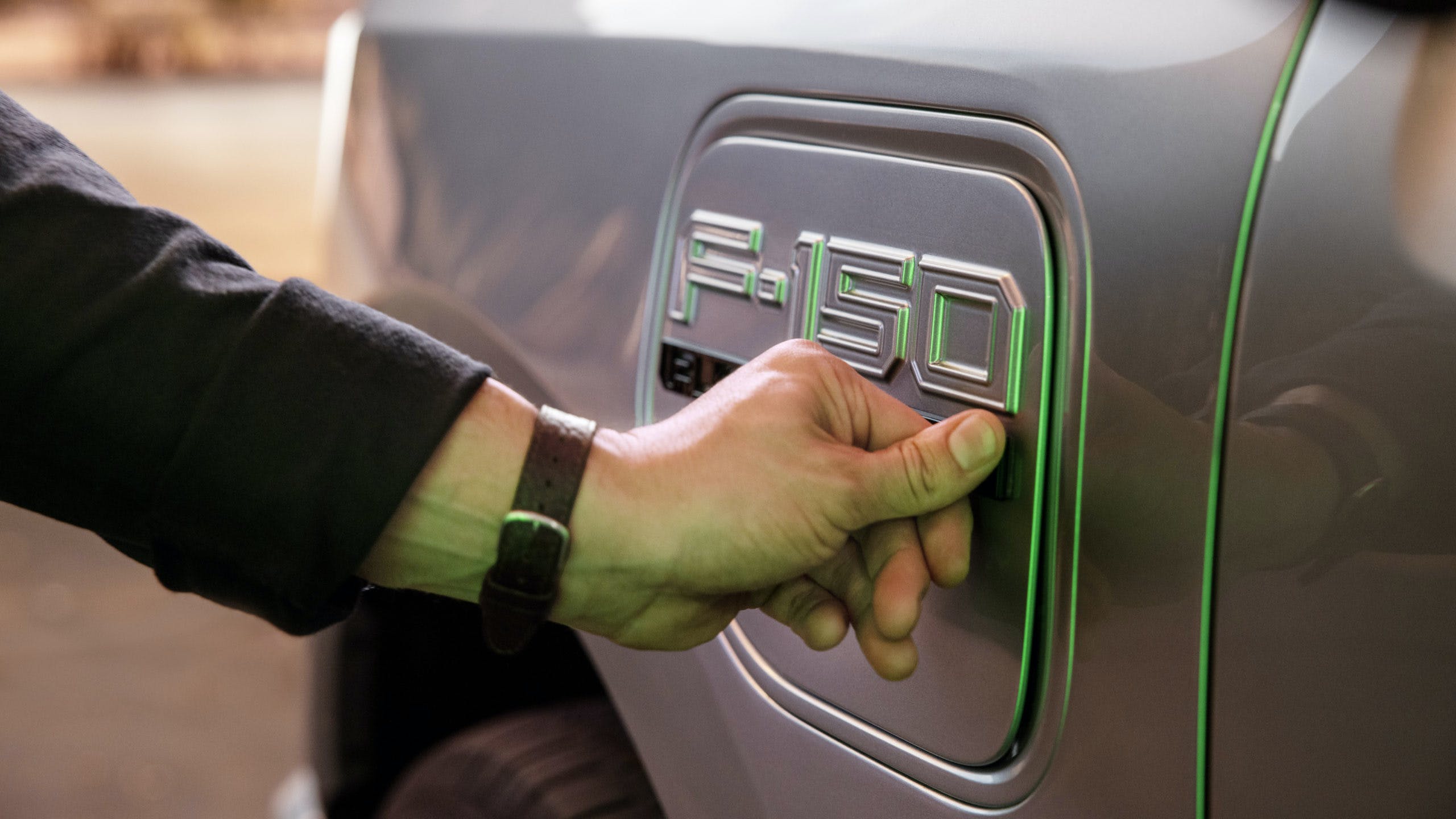 You might be considering ordering the hot new electric-powered pickup truck from Ford. It’s the first real, mass produced, non-premium electric pickup truck on sale in the United States, and they’ll soon be everywhere.

When you get you, you might be thinking about where you’ll charge it. You might have even noticed when driving around that there are a ton of Tesla Supercharger charging stations. You should be able to plug in there, right?

Can the Ford F-150 Lightning use a Tesla Supercharger?

Tesla uses a proprietary connector for charging that can only charge Tesla vehicles. Teslas ship with an adapter for at-home level 2 charging for other charging hardware, but that doesn’t work for fast charging.

For fast charging, or DCFC, Tesla vehicles can only use Tesla Superchargers — and in some extremely rare cases a CHAdeMO connector — while all other EVs have to use other systems.

Tesla handles all the power delivery, control, and payment through the infotainment system in Tesla models. Unless Tesla opens up its network and associated protocols to there automakers — which they’re testing internationally — there’s no way to share.

How do I fast charge my Ford F-150 Lightning?

Your Lightning uses a fast charging connecter called CCS. Sometimes this is referred to as a combo charger. That’s because a J-1772 level 2 charger and the DCFC use the same plug, except the CCS has two extra receptacles. So they are, wait for it, combined together!

EVGo, Electrify America, ChargePoint, and others all support this standard. The best way to see where your closest charging station is located is to install the PlugShare (iOS / Android) app and register an account. When you tell it you have a Ford F-150 Lightning, it’ll only show you charging stations that’ll work with your new truck.

Some of these charging stations will be free to use, but most will require some sort of payment. You’ll either need to tap to pay your phone, swipe a credit card, or have a supporting app. All of that depends on the station. Instructions on how to pay will be on the station when you arrive, and can also be seen in the PlugShare app in most cases.

If you find yourself frequently using a particular station, like an Electrify America install, you might want to install their specific app and create an account. Then you can see where its charging stations are located, if they’re currently occupied, and if any are down for repair or maintenance.

You definitely do not have to do that in most cases, but many EV power users have multiple apps on their phone for this type of tracking.

Your Ford F-150 Lightning should support 150 kW DCFC, which could potentially add up to 54 miles of range in 10 minutes. Your charge time, and mileage, will vary.