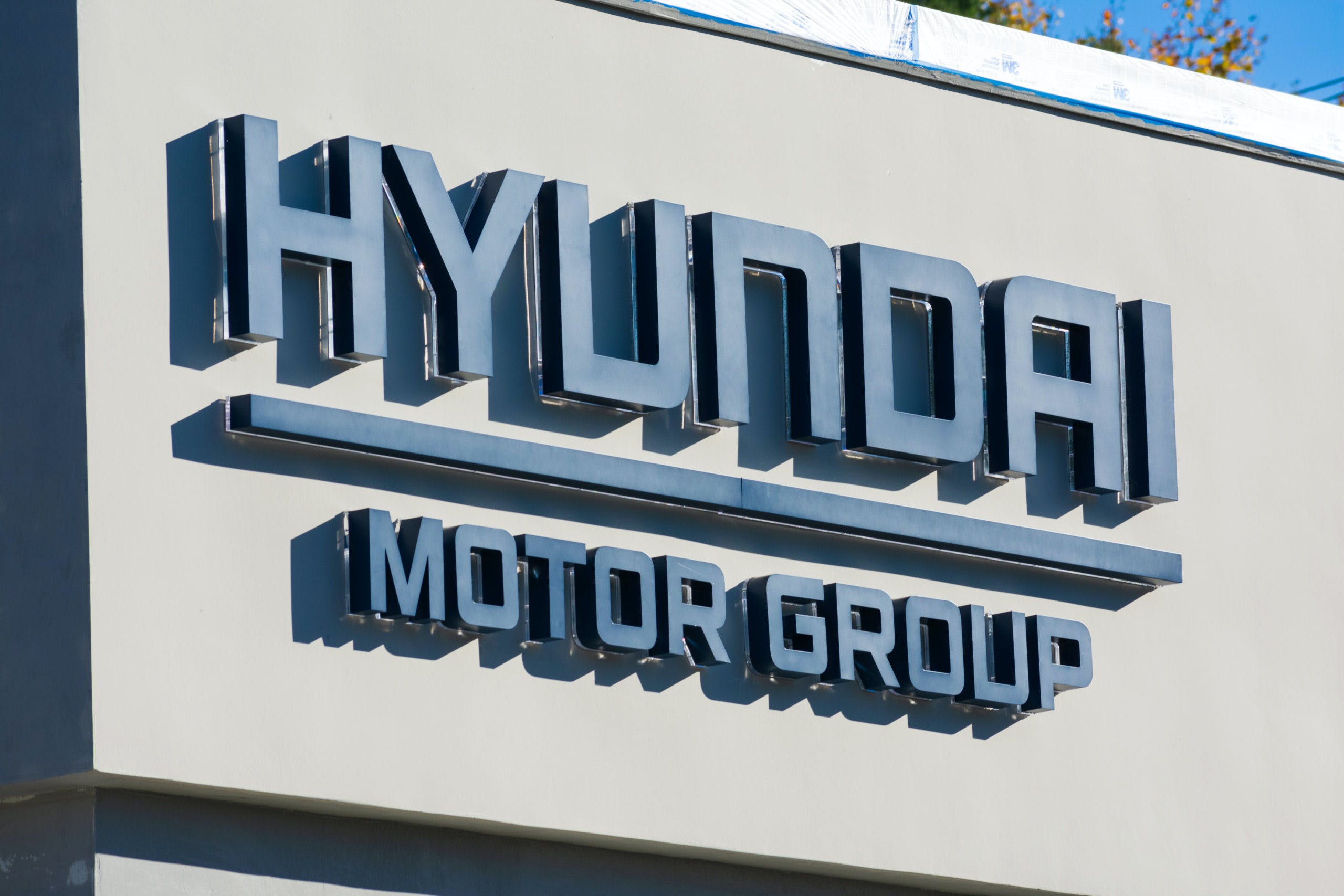 Hyundai Motor Group’s three brands have all but revealed their electrification plans. Hyundai and Kia will have hybrid, plug-in hybrid, and battery-electric powertrains on offer while Genesis will go all-in on the latter. We also know that the three latest platforms, K3, N3, and M3 are built from the ground up to accommodate all levels of electrification. They are then complemented by the new BEV-specific E-GMP architecture and its upcoming evolution, the Integrated Modular Architecture (IMA). With that said, let’s take a deep dive and go through how the Korean giant is rolling out its electrified models.

Let’s start with the mother ship, Hyundai. Currently, it offers hybrid powertrains on the Elantra, Sonata, Tucson, and Santa Fe. The latter two SUVs are also available as plug-in hybrids in 11 states, including California, Colorado, New York, and Vermont. Hyundai is about to discontinue the Ioniq Hybrid and PHEV variants since it took the compact hatchback nameplate and spun it off into a sub brand.

In the BEV realm, Hyundai has the Kona Electric and the new Ioniq 5; however, neither one is a 50-state vehicle. The Ioniq 5, for example, is only sold in 14 states, including California, Florida, Illinois, Arizona, and Texas. That could change as Hyundai could eventually sell the Ioniq 5 nationwide depending on consumer response. What about hydrogen fuel cell vehicles? The Nexo is the only one offered and it’s available exclusively in California. Don’t expect much progress in this field for passenger vehicles because Hyundai has reportedly shifted all FCV development toward commercial vehicles.

The Ioniq 5 started the next step of Hyundai’s electrification push alongside the Sonata Hybrid, Elantra Hybrid, and the electrified versions of the Tucson and Santa Fe. This year, a Model 3 fighter comes online in the form of the Ioniq 6. It’ll be the second vehicle on the E-GMP platform and is essentially the production version of the Prophecy Concept. Based on the spy shots we’ve seen; the design has been toned down and doesn’t appear as dramatic as the show car it’s based on. The third member of the Ioniq sub brand is the three-row Ioniq 7 due in 2024 and previewed by the Seven Concept shown at the 2021 Los Angeles Auto Show. Both the Ioniq 6 and Ioniq 7 will get the same pixel lighting elements.

Beyond the three Ioniq vehicles, Hyundai has the next-generation Kona on the way and is expected to debut in 2023. Larger than the car it replaces, the second-generation Kona aims to expand the available electrified powertrain options beyond the current all-electric model with hybrids and possibly a plug-in hybrid. The next-generation Hyundai Santa Fe, which is in development under the MX5 project (no, that’s not a typo Mazda fans), also aims to continue the same formula as the current powertrain lineup with both hybrid and plug-in hybrid versions in the cards.

Genesis is the only Hyundai Motor Group brand using the rear-drive-based M3 platform, underpinning the GV70, GV80, and the latest G80 and G90 sedans. We know this architecture can support BEVs as proven by the Electrified G80 and Electrified GV70. It also has a 400/800-volt charging architecture, allowing the two vehicles to take advantage of 350-kW DC chargers. Genesis’ first E-GMP-based vehicle, the GV60, is due out this year in North America and will be offered in a sporty performance variant. The second one will be the GV90, a large three-row crossover being developed as a flagship under the project code JG1. Several models are also on the cards including a sports car and sedans.

Although Genesis has revealed it will only launch BEVs from 2025 onward, we suspect several of those vehicles will be based on the E-GMP architecture or the new IMA platform, the latter of which is an evolution of the former. The latter will give the brand the ability to tailor each vehicle for its dedicated purpose, market positioning, and performance requirements. This will be done via standardizing and making electric motors and batteries more modular while improving existing platforms. A dedicated architecture called eM will be used for subcompact to full-size passenger models and is expected to offer 50 percent more driving range than current E-GMP-based vehicles like the Ioniq 5 and GV60. The second platform called eS will be for commercial and purpose-built models.

In addition to the GV90, the next-generation G70 sports sedan is already under development with the project code RN2. Our sources tell us that this vehicle may skip the E-GMP platform and go directly on the IMA architecture since it won’t be arriving until the middle of this decade. With crossovers being the volume product, electric sedans following the Electrified G80 won’t arrive until the latter half of the 2020s, at least in the North American market. The next G70 will likely be followed by a flagship on either the E-GMP or IMA platforms since there aren’t any plans to introduce an all-electric version of the new generation G90 that recently debuted.

Electrification sees Kia double down on driving fun, as we’ve noted after driving the EV6. The EV9 has been confirmed for a 2023 debut but that won’t be the only E-GMP-based Kia vehicle coming by 2024. There are two more crossovers, a mid-size crossover called the EV7 (project code: MV) that’s sized similarly to the Sorento. Slotting below that is the EV4, a subcompact sized like the Seltos, and will likely be the final of the utility vehicles.

Kia may be heavy on utility vehicles but it hasn’t left the sedan market completely as it electrifies its lineup. There will be two E-GMP-based sedans, a mid-size and a compact. We don’t know their names but based on the teasers from early last year, one of them is a Stinger replacement and will likely be on the new IMA platform, making it a sibling to the next G70. With Kia announcing that its E-GMP-based BEVs are getting GT variants, it further distinguishes itself as Hyundai’s sportier sibling. The brand also recently announced that it is adding two trucks to the lineup. Additionally, every electrified vehicle in the Kia lineup will be a 50-state vehicle, broadening their availability.

Outside of the E-GMP-based vehicles, Kia will continue using convergence platforms for hybrids, plug-in hybrids, and BEVs. The initial salvo was the Sorento and Sportage, which are available in hybrid and PHEV guise. They’ll be followed by the second-generation Niro in hybrid, plug-in hybrid, and BEV versions. However, in the U.S., the Niro is reportedly going to be offered only as a PHEV or BEV. The refreshed Soul and Seltos are due out this year, with the latter reportedly getting a hybrid variant. Kia has also been tipped to be introducing a hybrid powertrain on the Carnival, but it’s not clear whether that will eventually find its way to North America when it comes to fruition. Next up on the redesign table is the Forte, which will adopt the K3 moniker (project code CL4) outside of Korea and move to the K3 platform. That means it’s getting the same hybrid system from the Elantra Hybrid but it remains to be seen if that’ll be available in North America.

Hyundai Motor Group may be moving quickly toward electrification but its approach is more conservative than its competitors from Europe. However, it’s not to the point that they’re lagging like one of its main rivals in Japan. The Korean automotive giant has a more realistic approach and it appears to be using learnings from developing BEVs to improve its hybrids and plug-in hybrids so that those who aren’t able to go all-electric right away have viable options across all price brackets and segments. One thing is clear, though. All three brands have become formidable over the years and they’re only getting stronger as electrification becomes commonplace. The company quietly got a head start over most legacy automakers thanks to vehicles like the original Soul EV and the original hybrid versions of the Sonata and Optima, and it’s becoming clear that they’re leveraging that to great effect.