2023 Genesis G90: Will it become an electric flagship luxury sedan? 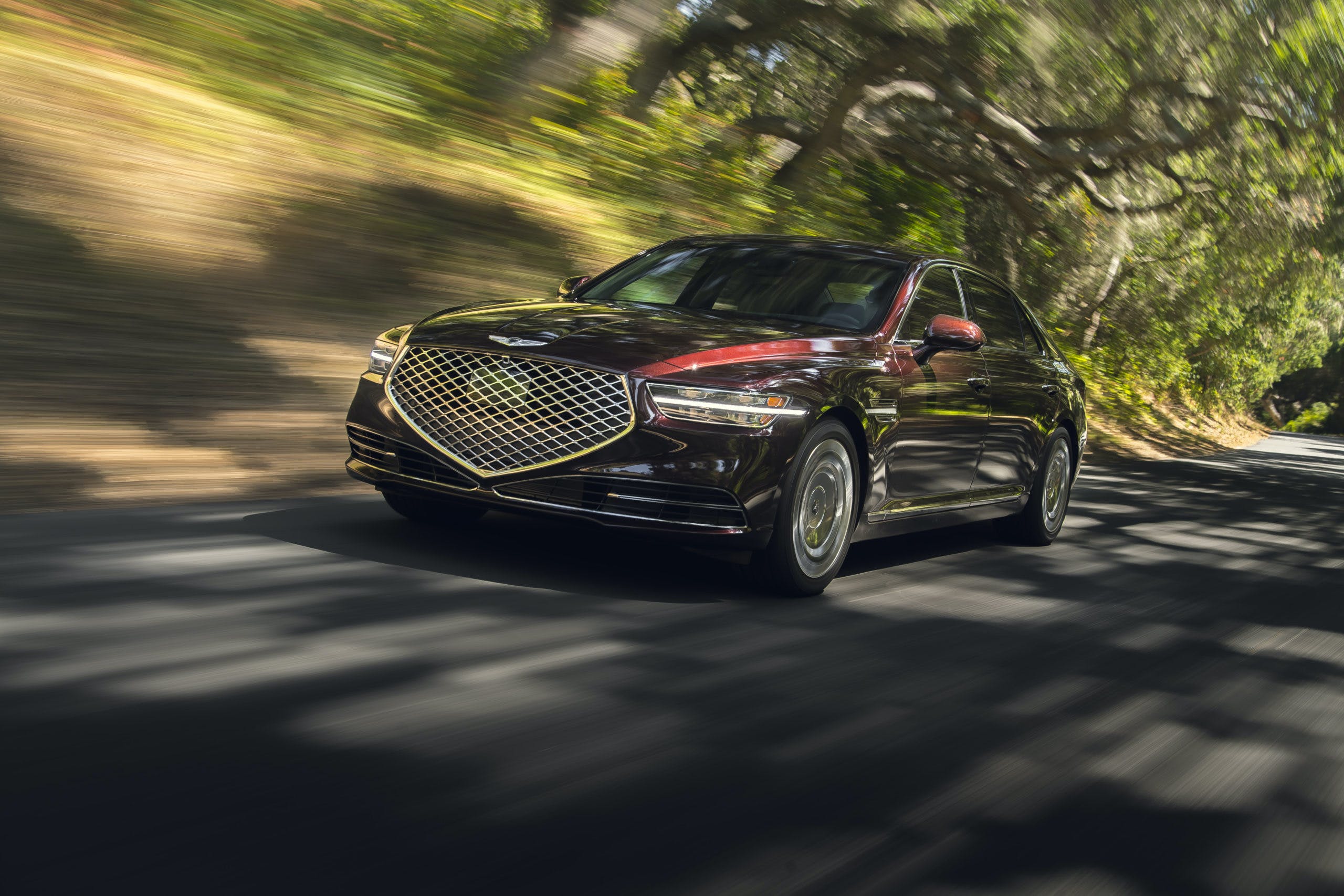 Big changes could be coming to the big sedan. Photo credit: Genesis

Hyundai Motor Group has pledged to introduce up to two dozen battery-electric vehicles globally by 2025. Its luxury division, Genesis, has several models included in that mix. Beyond the upcoming GV60, Electrified G80, and Electrified GV70, the upstart luxury brand has an EV erosion of virtually all of its models. The next one is poised to be the 2023 Genesis G90, the next generation of its full-size luxury sedan. Scheduled to debut later this year in Genesis’ home market of Korea, the next-generation G90 aims to double down on luxury and feature electrification as a key part of its powertrain lineup. Here’s what we know so far.

The 2021 Genesis G90’s appearance will be an evolution of the current car’s design language. Sleeker, streamlined, and more imposing than before. Expect the car to grow in length and width to emphasize that low-slung look and add presence. The two-line theme that we’ve seen on recent Genesis models will remain, keeping the quad LED headlights and taillights connected by two-character lines on the side profile. Like the refreshed G70, the crest grille adopts a diamond shape with softer lines instead of the current G90’s angular mug. However, it’ll be wider, which could give the car a controversial look, especially combined with Genesis’ current obsession with geometric wheel patterns.

Being the largest sedan in Genesis’ lineup, the G90’s primary focus remains luxury. Expect copious levels of sound deadening and layers upon layers of leather, metal, wood, and padding throughout the interior. Features like multi-contour seats should be on the cards. The G90 could also be the first Genesis vehicle to offer true massaging seats. This is especially key in Korea and other Asian markets because full-size luxury sedans are bought mainly as vehicles to get driven around in. That also means the G90 could get an Executive package for the rear seats, which should add features like heated, ventilated, and massaging seats, a recline function, an entertainment system, and infotainment controls. However, that package could limit seating in the back to two passengers and may only be available on the most expensive version.

Genesis’ latest user interface should find its way into the 2023 G90. It could get the dual-screen layout but both displays may be housed under a single curved display. Complementing the main 14.5-inch touch screen is a 12.3-inch digital gauge cluster, which will likely have the same three-dimensional effect as the units found in the G80 and GV80. Like other Genesis vehicles, the G90 should get a new version of the Lexicon surround sound system, which should have more speakers than the one used in the G80 and GV80.

The 2023 Genesis G90 will ride on the longest wheelbase version of the rear-drive-based platform used by the GV70, GV80, and G80. This means we will get an all-electric version of the G90 just like its smaller sibling. Under the skin will be an 82-kWh lithium-ion battery mounted under the passenger cabin powering two electric motors. In the Electrified G80, the combined power output stands at 365 hp and 516 lb-ft of torque. The Electrified G90 could get more to balance out the added weight of a larger vehicle.

An onboard charger that can accommodate 400- and 800-volt speeds should allow the Electrified G90 to take advantage of 350-kW DC chargers. This could enable it to charge from 10 to 80 percent in 22 minutes. The car will also get vehicle-to-load capability (V2L) capability, allowing it to supply 3.6 kW -of power, allowing it to run household appliances.

The 2023 Genesis G90 could help put the Hyundai Motor Group’s luxury division on the map as a brand at the forefront of electrification. Genesis’ flagship is aimed at markets with strict emissions regulations like Europe, China, and Korea. In the U.S., the Electrified G90 could make for a compelling alternative to the Mercedes-Benz EQS, and more traditional models like the Audi A8, BMW 7 Series, and Lexus LS. In typical Genesis fashion, the G90’s price will likely undercut its competitors while offering similar equipment levels.