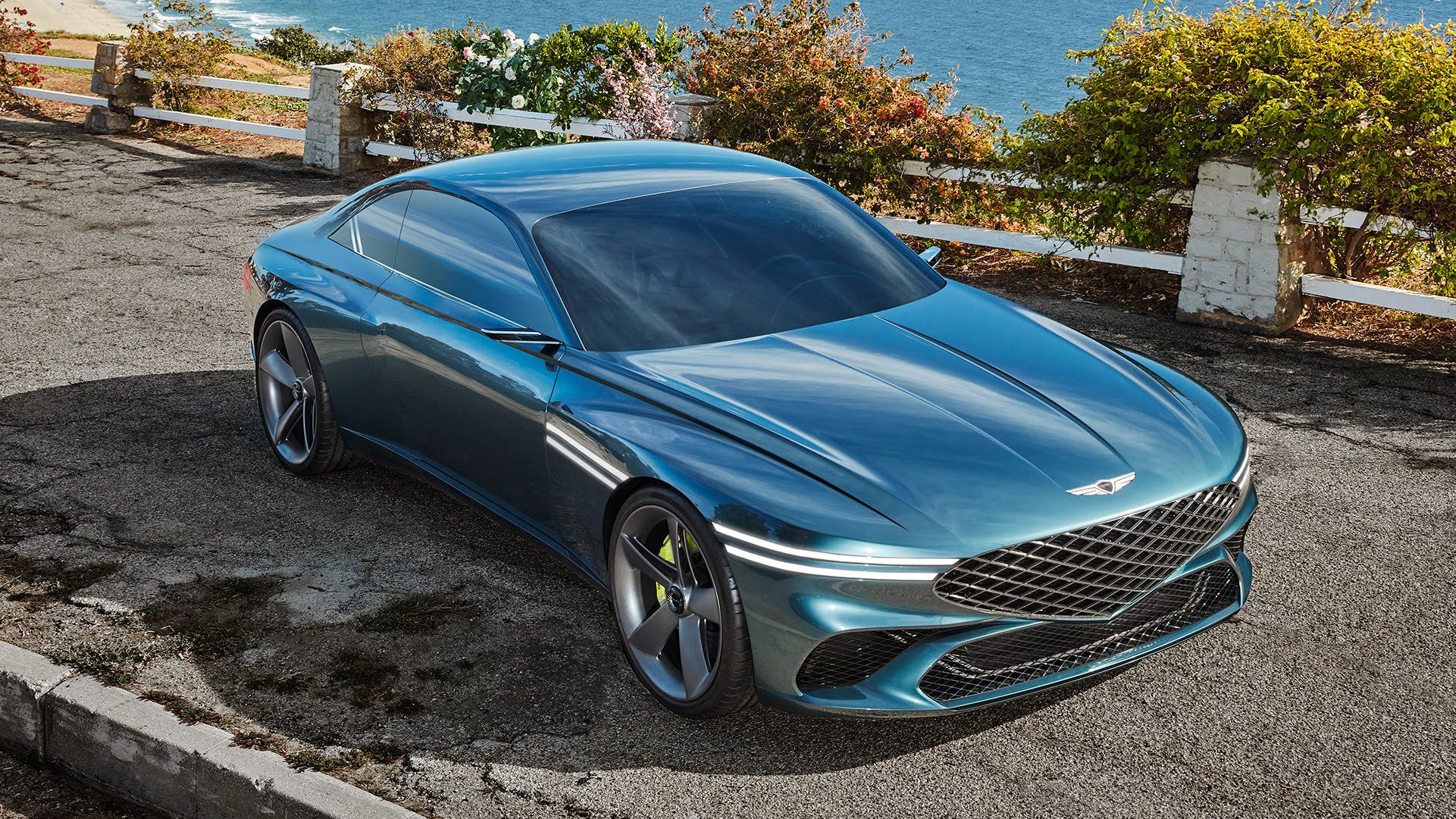 The Genesis X Concept coupe is a quite a looker. Photo credit: Genesis

Genesis has unveiled the X Concept, showing off the next evolution of the brand’s design language. This all-electric coupe follows the New York, GV80, Essentia, and Mint concepts, all of which previewed where Genesis was headed in terms of looks. The X previews what Genesis’ battery-electric models could look like.

You won’t mistake the Genesis X Concept for anything else. It sports the brand’s signature crest grille and quad LED headlight strips that link with the taillights and turn signal indicators, which are also done in the same theme. For a unique touch, there’s a three-dimensional pattern in the grille, which is finished in the same exterior color of the car.

Looking at the X Concept from the side shows that it’s a traditional coupe with a long hood and cab rearward look. You see the headlights meeting with the turn signal indicator before turning into a character line that meets with the taillights. The five-spoke wheels add to the car’s minimalist look. In the rear, the two-line theme continues with the quad LED taillight strips, accentuating the car’s width. Perhaps the most prominent feature is the small kick up duckbill-like rear, which appears to double as a spoiler.

The interior of the Genesis X Concept is an exercise in blending minimalism with elegance. There’s a huge curved display and the center console wraps around the driver. A roller-like gear and drive mode selector stand out as the interior’s centerpiece. The two-tone interior also stands out especially with the brown upholstery for the front sport seats, the driver’s side of the dash, steering wheel, and the center console. Genesis’ two-line theme continues inside, too, in the form of slim climate control vents surrounding passengers. Quite possibly the most notable aspect is that the design appears close to production so don’t be surprised to see this interior stay mostly intact when it hits showrooms.

Sustainability is also a key theme in the creation of the Genesis X Concept. Materials used in the interior are made of upcycled objects, which are unwanted products reworked and repurposed for another use.

Genesis hasn’t said what’s underpinning the X Concept but we wouldn’t be surprised if it’s Hyundai Motor Group’s E-GMP architecture. This show car gives us a glimpse of what the brand’s future halo EV will be and from the looks alone, we can’t wait until it becomes a production model. Considering just how close it is to production based on its looks, it wouldn’t be a surprise if this becomes the long-rumored GT70 or GC70.