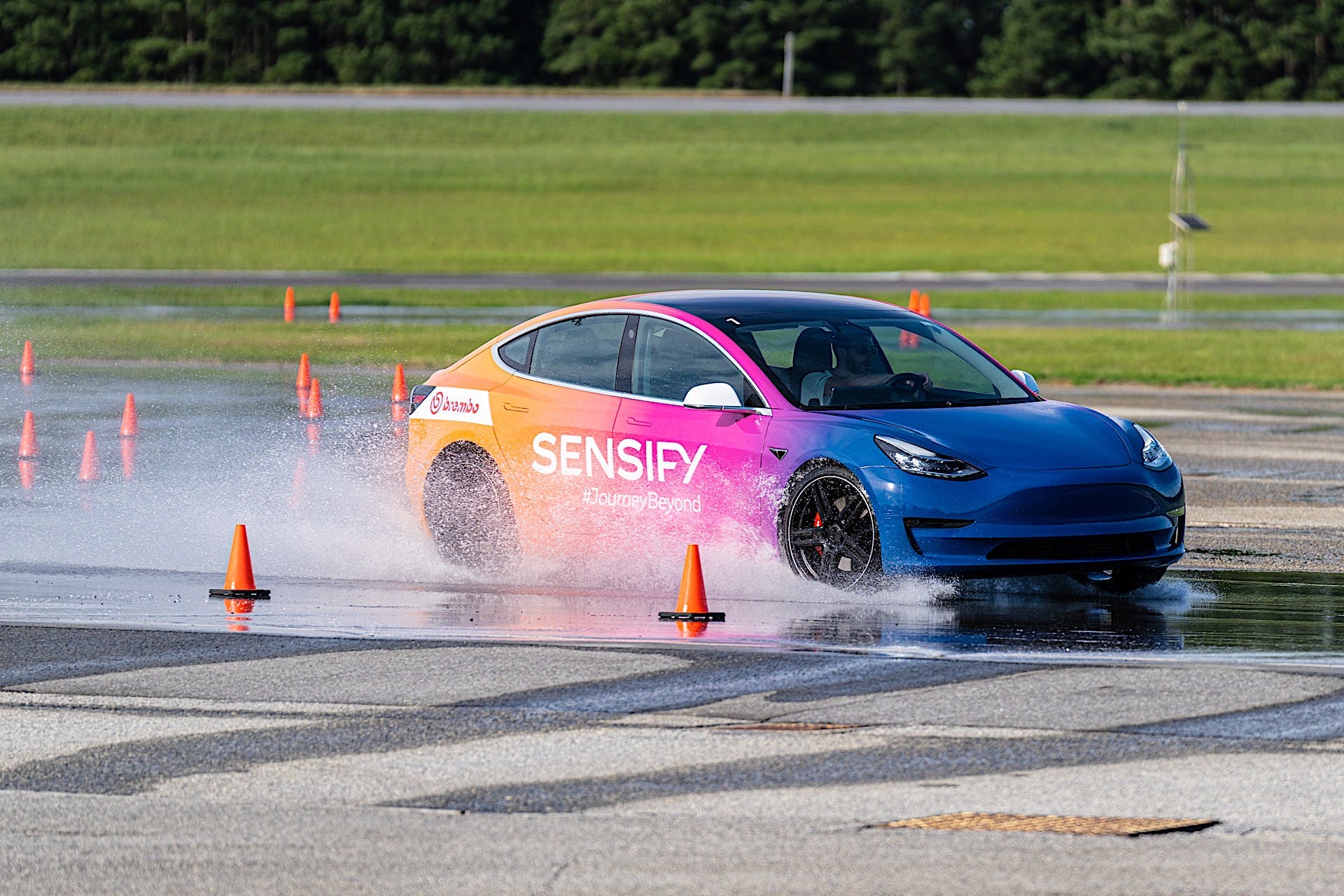 When it comes to automotive suppliers, there aren’t too many household names. But one name most people are aware of is Brembo. The name recognition is so much so that automakers will sell performance upgrades and use the fact the upgrades include Brembo brakes as a selling point.

If you’ve driven a modern EV, especially, you’ll notice that braking systems are a bit all over the place. Engineers have to figure out ways to mix the regen capability of electric motors — essential for longer range — with the need to use friction brakes when it’s really important that the car stops.

That transition from regeneration to friction is often not handled well. Maybe normal consumers can’t really tell, but folks who are used to driving high performance cars can immediately tell.

Sensify is an entire braking system from Brembo designed to work on EVs — and other cars — that attempts to address braking issues. It’s not exactly a brake-by-wire system, but it uses a combination of electronic braking and fluid braking — depending on the application — to bring a car to a stop.

The system allows for independent braking per wheel. So instead of just determining brake force front and rear, Brembo can brake individual wheels differently to improve stability under braking.

The system consists of a brake pedal and controllers, plus brake controllers at each wheel. The individual brakes can either be completely electric controlled, or use brake fluid to apply stopping pressure. A wet system, as the company refers to it, handles thermal loads better and can be used in higher performance or heavier duty situations. Automakers can mix and match depending on need.

From a safety perspective, the system is much better than standard braking. For example, there are no brake lines to run from the front to the rear of the vehicle to get frayed, damaged, or cut. Mechanical overrides are built in to stop the car if the electronic system fails.

I’m not a braking expert. I don’t understand how advanced braking systems work. What I do know is that when I press on the stop pedal, I want the car to stop.

To demonstrate that system, Brembo invited us out to drive a Tesla Model 3 Performance with the traditional Tesla brakes, and then a car equipped with Brembo Sensify.

There were several scenarios set up, including emergency avoidance maneuvers on a wet skid pad. We’d have a chance to see the system work and compare it back to back.

The Model 3 Performance brakes are pretty solid stoppers. While there is a lot of pedal pulsating during a full emergency stop, thanks to the anti-lock braking system, the car stops well. On a wet service, the back end of the car will step out ever so slightly as the system can’t pulse quite fast enough to prevent lockup (though to be fair, most systems can’t in this scenario).

Then I hopped into the Sensify and repeated the test. Under a full emergency stop, there is no pedal pulsing at all. Yes, the computer is pulsing the brakes, but it’s doing it quicker than Tesla’s system and is not transmitting that sensation back to the brake pedal.

In a lot of ways, it feels like the car is just stopping. The harder you push the pedal, the harder the car stops. It’s a night and day difference, and inspires a ton more confidence in emergency stopping situations.

In the wet, the back end doesn’t move at all under hard braking. The car just stops. No fuss. No drama. Nothing.

When performing avoidance maneuvers under braking, the Sensify system helps the car work with the driver to avoid the obstacle without any excitement. It just brakes and steers.

It’s incredible, honestly, how well this system works and how much more confidence it inspires in emergency situations.

During the day to day, Brembo can set up different driving modes for the braking system, adjusting the feel and amount of brake application needed to stop quickly, much like how you can change the drive modes in a car now.

Up until now, I’d argue that the best braking feel car on the market in EV is the Porsche Taycan (in lovely GTS trim), but the Brembo Sensify feels next level. We look forward to trying it in a production car soon. How soon? Brembo says we can expect it to be on the market in 2024.