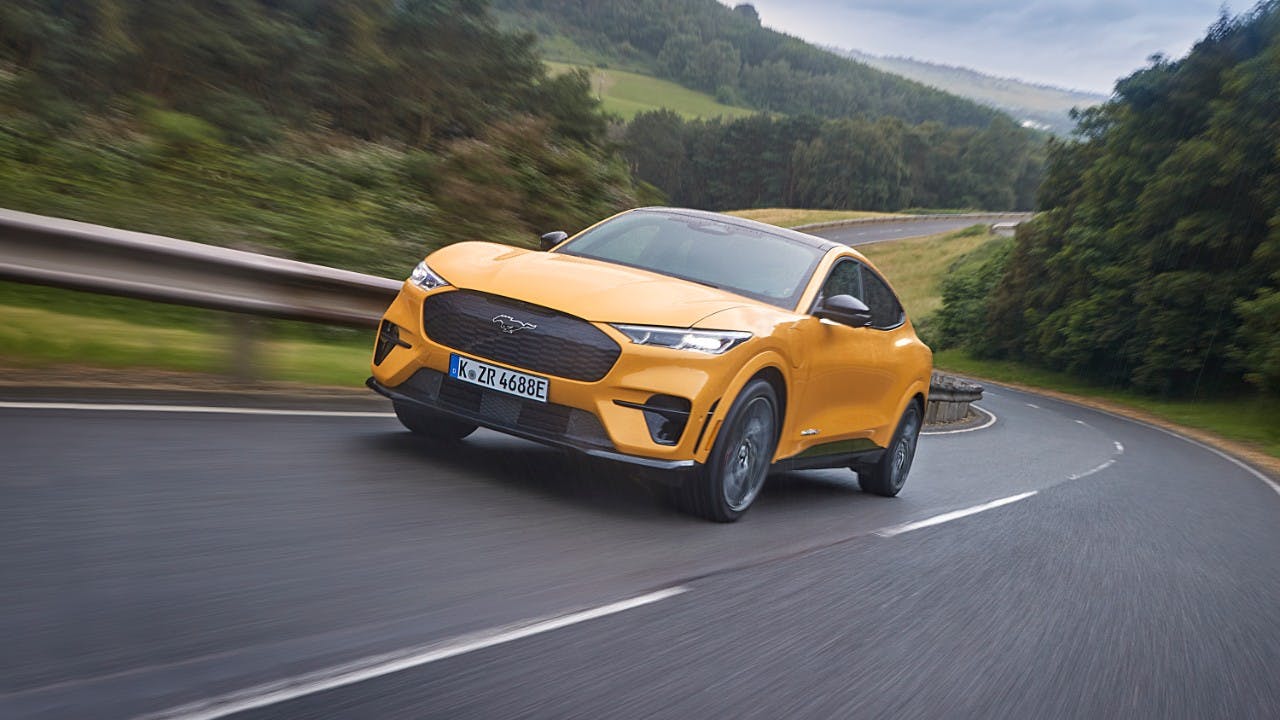 Are you missing the smell of gas when driving your battery-electric Ford Mustang Mach-E? If you do, Ford Europe has a solution for you in the form of a fragrance called the Mach-Eau. Yeah, the name isn’t very clever but apparently, it’ll remind you of fond memories driving internal combustion vehicles. Weird, we know.

According to a survey that Ford Europe commissioned, one in five drivers said that the smell of gas is what they’ll miss most once they swap to a battery-electric vehicle. Almost 70 percent of the survey takes said they’d miss that sensation to some degree, which probably makes sense why gas scent ranks higher than both wine and cheese, and almost identically to the smell of new books.

Ford says that the Mach-Eau scent is “designed to help usher these drivers into the future through their sense of smell.” We don’t know how exactly that’s going to help but OK. The scent is a so-called high-end fragrance that “fuses smoky accords, aspects of rubber, and even an “animal” element to give a nod to the Mustang heritage.” In other words, instead of smelling like gas, this scent will make you smell like smoked meat and rubber while giving you the smell of an animal? Uh, OK. We’re still not sure how that will help people get used to EV performance.

The fragrance was revealed at the 2021 Goodwood Festival of Speed over the weekend, which is one of the largest automatic enthusiast events of the year. However, if you’re looking (or crazy enough) to buy the scent, you won’t be able to. This experiment is part of Ford’s mission to debunk myths associated with electric vehicles and convince traditional car enthusiasts that electrification has even bigger potential.

Take the Ford Mustang Mach-E for example. It’s able to travel up to 305 miles per charge yet offers potent performance across the board. A dual-motor Premium variant in the U.S. is good for around 270 miles and has 346 hp and 428 lb-ft of torque. The high-performance Mach-E GT takes things up a notch with 480 hp and 600 lb-ft while the GT Performance edition ups the twist further to 634 lb-ft. That allows for this EV to hit 60 mph in as little as 3.5 seconds while still retaining respectable range. The Mach-E GT is good for 270 miles on a single charge while the Mach-E GT Performance edition is rated at 260 miles.