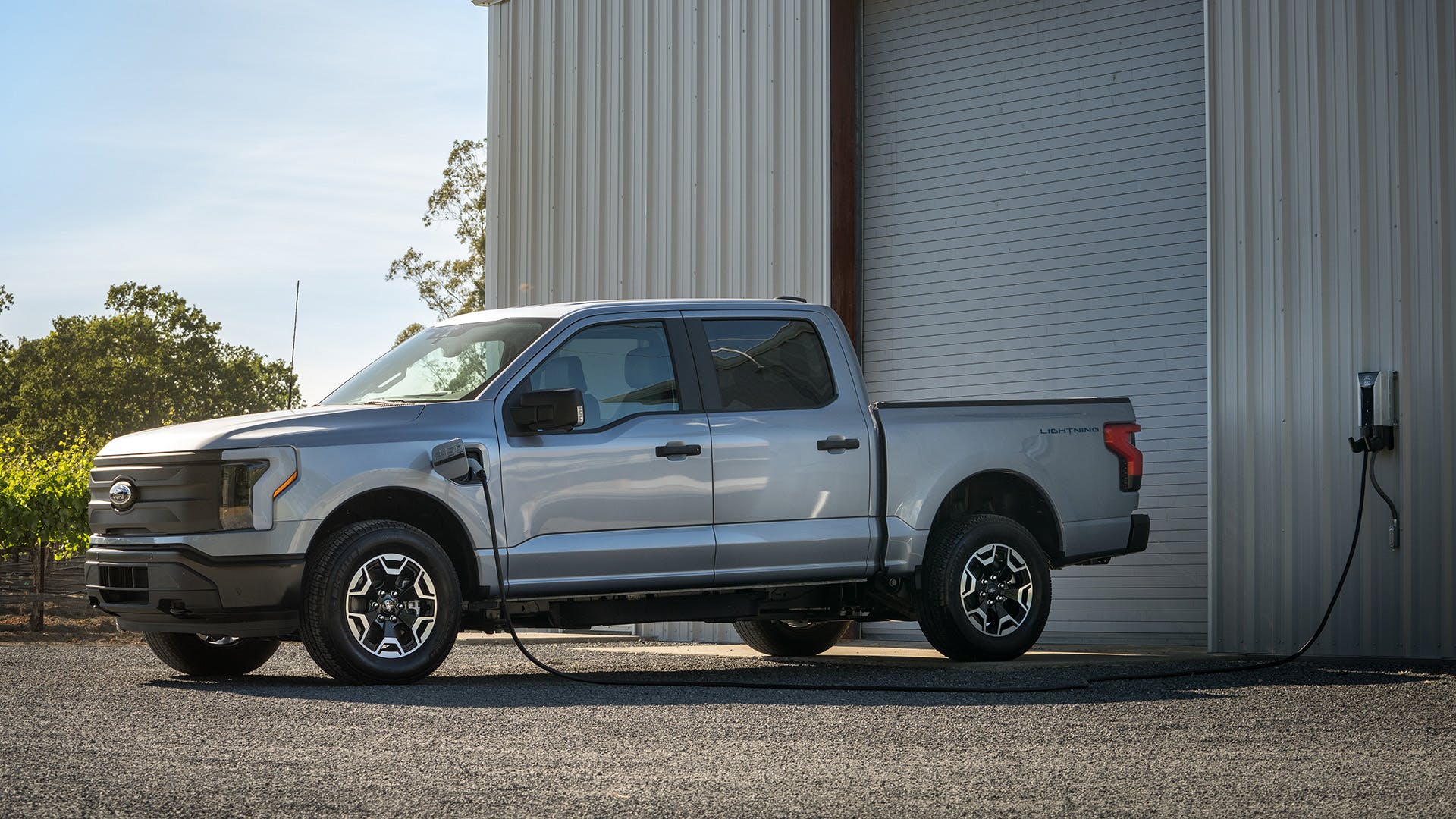 Electric companies aren’t known to be the best companies when it comes to public perception. When the power goes out, you realize how fragile the grid actually is.

There have been some big grid issues in the news recently, including a failure in Texas during an ice storm, and an equipment failure that caused a deadly fire in California.

Our grid is old, and whether or not power companies are spending enough to upgrade them is open to debate. Recently, Last Week Tonight‘s John Oliver addressed the power grid in a segment.

But the savior of the grid might actually be coming from an unlikely source; an automaker. Ford is producing electric vehicles that have two-way power. That means power can go from the charging station into the vehicle, or out of the vehicle back into the charging station. Ford Pro’s Ted Cannis refers to this as “two-way hay,” in a metaphor about horses, but basically your house can power your truck, and your truck can power your house.

Ford Pro charging software can configure an entire fleet of electric vehicles to charge during off-peak hours, or charge consecutively and not concurrently, and maximize the amount of juice in each vehicle to cover the miles needed per day for each vehicle and not overcharging it. All of these functions, built from the ground up by Ford through its acquisition of Electrfiphi.

This advanced software control means that each customer lowers their operating costs by limiting power demand and power consumption, two costly aspects of doing business in a state like California, while also pulling power from the grid in a stable fashion.

In a high demand situation — lets say a hot Saturday afternoon — stress on the grid could be immense because of everyone running their air conditioners. Now the power company has to ask people to limit usage to keep from having power plants be overworked. An overtaxed grid, in a worst-case scenario, can even spark and start fires causing risk to life and property.

Now, if done properly, the power company could see that there’s a business near a high demand area that has a dozen Ford Lightning Pros parked, attached to the bidirectional chargers. The power company can then connect to the trucks and pull much needed power back to the grid to prevent the plant from being overloaded.

Because the power company will know where these vehicles are plugged in, they can pinpoint exactly where they need to pull power from to strategically keep the grid maintained. Also, the power company will know through the telematic software that those trucks aren’t going to be used until Monday, meaning there’s plenty of time to recharge them at night during off-peak hours.

As long as there is an excellent business agreement in place to compensate users for borrowing their electricity, this becomes an extremely effective way to deploy storage batteries all across the country, without having to have massive battery depots installed at extraordinary costs.

That’s probably part of the reason why Pacific Gas & Electric (PG&E) is quick to participate in the Ford Pro pilot program. Expect other power companies to come knocking on Ford’s door, as well.

The key here is the incentive to the business owner. Ford Pro telematics, from what we’ve seen, can know so much information about the fleet of vehicles the business has. It knows how much to charge each vehicle for use each day. It knows when the vehicle is expected to leave for the day. It knows if the driver idles too much. The deep integration here is impressive.

Now if the power company had access to that data in some way, to be able to pull the power when it was needed without disrupting the business, and compensate the business accordingly, that’d be a real game changer.

Should it be the automaker’s job to fix the power grid? No. But offering solutions like this helps businesses and the public as a whole in the long run.