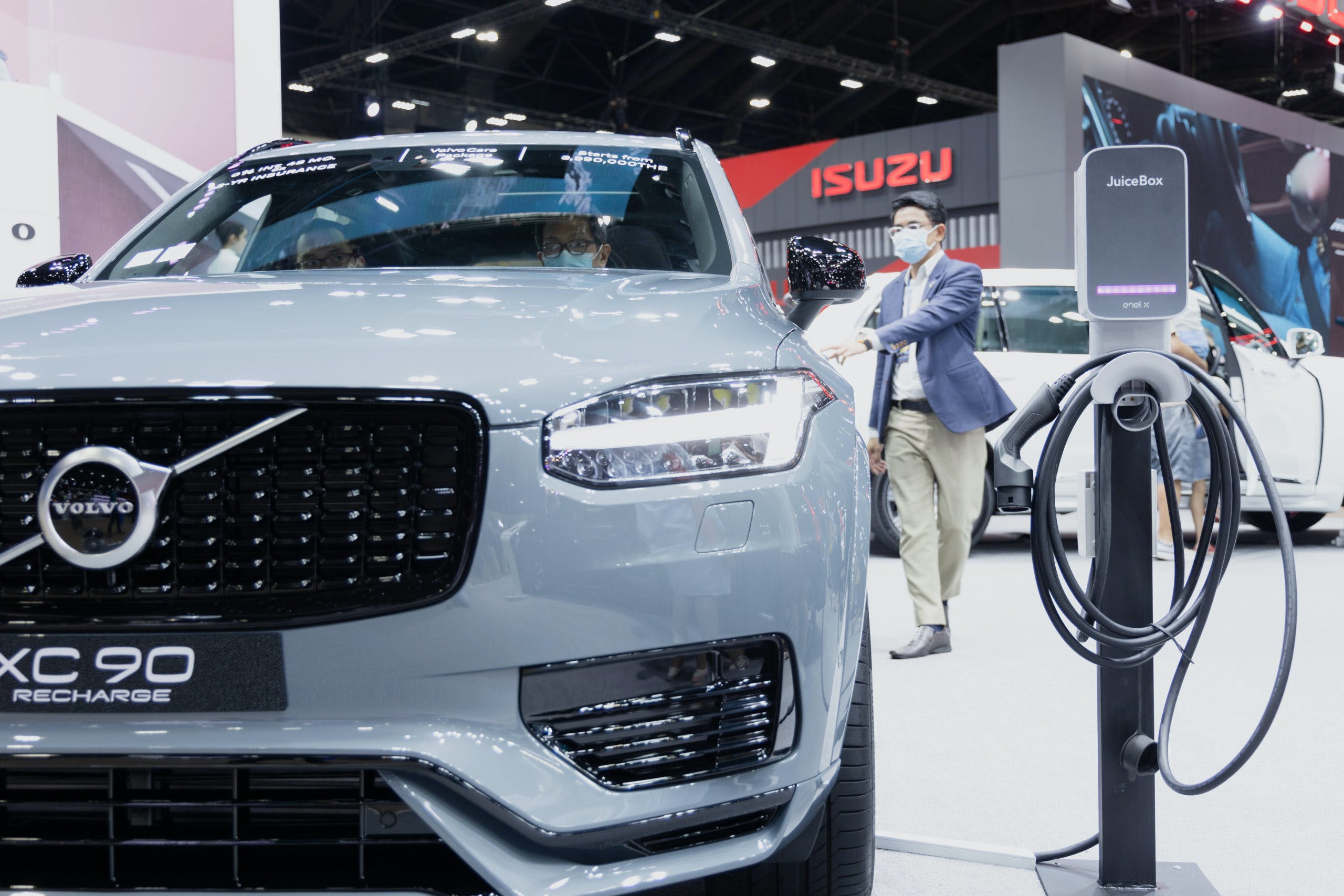 Volvo Car Group is dedicated to going all-electric. The brand announced last year that by 2030, it will sell only battery-electric vehicles. At a recent dealer event, the Swedish brand showed off seven upcoming vehicles, the first of which will start rolling out next year. Attendees who asked not to be identified told Automotive News that the vehicles are split between five BEVs and two plug-in hybrids. Volvo will also ramp up production at its Ridgeville, South Carolina plant and hire more employees as it starts building more vehicles there. Currently, the S60 compact sedan is made in Ridgeville. It will be joined by a large three-row crossover and the Polestar 3 later this year. Both upcoming BEVs are built on Volvo’s SPA2 architecture developed specifically for all-electric applications.

One of the 800 dealers in attendance that spoke anonymously with Automotive News noted that Volvo is “one of the most exciting manufacturers.” How? Because it’s focusing on the right product mix, focusing on crossovers, electrification, and the latest technology. The company aims to go full electric quickly and is doing so by partnering with companies like Northvolt, Google, and Luminar. Of the five BEVs, there will be two crossovers, a sedan, and two sporty wagon-like models. The latter two were labeled “activity vehicles” by executives, according to those who attended the dealer meeting in Miami. The two PHEVs, which are likely to arrive soon, are redesigned versions of the XC90 and S90.

The upcoming lineup of electrified Volvo vehicles will borrow design cues from the Concept Recharge shown at last year’s Tech Moment. Volvo also told its dealers that it is expecting higher profit ramifications and is projecting the store throughput to increase to 800 vehicles per year by 2025. Volvo also told dealers in attendance at the event that it expects the first SPA2 model, a three-row crossover, to move around 20,000 units next year.

Volvo’s electrification offensive began with the XC40 Recharge and C40 Recharge, both of which share the CMA architecture with the Polestar 2. However, these are convergence vehicles built on a platform made to accommodate internal combustion, battery-electric, and different types of hybrid powertrains. The upcoming lineup will be on dedicated platforms developed specifically for BEVs. Details regarding these vehicles are already emerging. One of them wears the project code V546 will reportedly slot between the XC60 and XC90 in terms of size. Global production expectations are expected to be around 100,000 vehicles per year split between the Ridgeville plant and a second facility in China. This vehicle could also be the successor to the V90 Cross Country and the XC70, the latter of which was among the first wagons to get the rugged crossover treatment.

In addition to the V546, an all-electric version of the XC60 is coming and could debut by 2024. A second vehicle positioned under XC40 is also in the cards. Ridgeville will be the first Volvo plant to build the new lineup of BEVs, according to Håkan Samuelsson, CEO of Volvo Car Group. He also added that it will also be exclusively building BEVs. The first of two BEVs start production in Ridgeville before the end of 2022.

Along with the new vehicles, Volvo also showed off new tech features including a seat that self-adjusts for safety based on the person’s height, a built-in pet crate, and a platform for e-commerce within the car. Luminar Technologies also showed off its lidar sensors, which will be integral to Volvo’s Ride Pilot driving technology that will undergo testing in California this year.