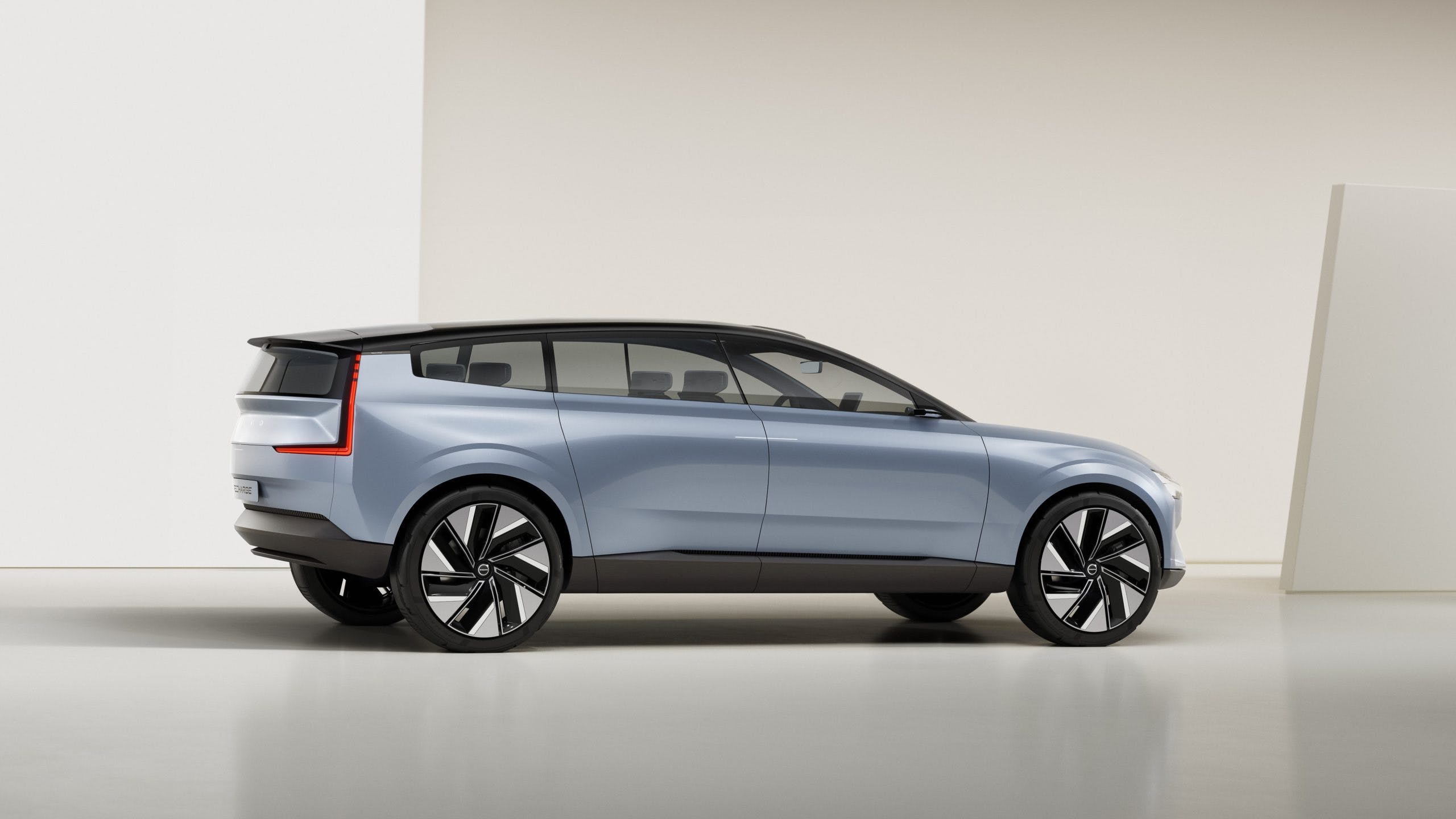 The Volvo Concept Recharge is a preview of how the company’s design language will evolve as its lineup goes all-electric. Think of this show car as an evolution of the existing Volvo ethos only this time it’s been tailored for battery-electric vehicles. As a result, the less is more philosophy becomes more apparent, you find cleaner lines while still retaining all of the cues that distinguish Volvo from other brands.

As with all modern EVs, the Volvo Concept Recharge’s battery is mounted low under the floor. With the internal combustion engine gone, interior space has been increased and aerodynamic efficiency has been further improved. Unlike the XC40 Recharge, the Concept Recharge rides on a platform dedicated specifically to EVs, meaning it has a flat floor, a longer wheelbase, and shorter overhangs. The seats have been repositioned while the hood has been lowered while retaining the commanding view of the road you get with Volvo’s current crossover lineup, the XC40, XC60, and XC90. Its ability to slip through the air has also been improved thanks to the new design language, enabling the car to travel farther on a single charge.

Since there isn’t an internal combustion engine under the hood, the Concept Recharge doesn’t have a grille. Instead, you get a shield-like face with the Volvo logo adorning it. You still get the Thor’s Hammer LED lighting in front, meaning you won’t mistake it for anything but a Volvo product. In the rear, this tall wagon retains the vertical taillights but this time, it gets a set of wings that deploy at higher speeds to make the car more aerodynamic. On the roof of the Concept Recharge is a LIDAR sensor built by Luminar and a key part of Volvo’s push for improving safety and autonomous driving technology. It is placed near where the top of the windshield meets with the roof.

“Our Concept Recharge represents a manifesto for the all-electric future of Volvo Cars, as well as a new type of vehicle,” said Robin Page, head of design at Volvo. “It displays new and modern proportions that go hand-in-hand with increased versatility and shows what technology can enable in terms of design.”

Inside, designers have taken advantage of the flat floor. As a result, every passenger gets a better seating position and more space. Volvo’s next-generation infotainment system, which is being co-developed with Google and will use the Android Automotive OS, is housed on a 15.0-inch touch screen. In typical Scandinavian fashion, the interior is clean, uncluttered, and makes extensive use of sustainable materials.

The Volvo Concept Recharge gives us a glimpse at what a fully electric vehicle from the brand could look like. As expected, Volvo hit the design brief out of the park and made something truly Scandinavian without losing the brand’s identity. Think of it as the next step in Volvo’s design evolution. The same clean look will grace its future vehicles, which should help them look timeless years after they’ve debuted. Expect the next-generation XC60 and XC90 to be the first to get the evolutionary new look as they’ll be the first vehicles on the new battery-electric platform alongside the Polestar 3.