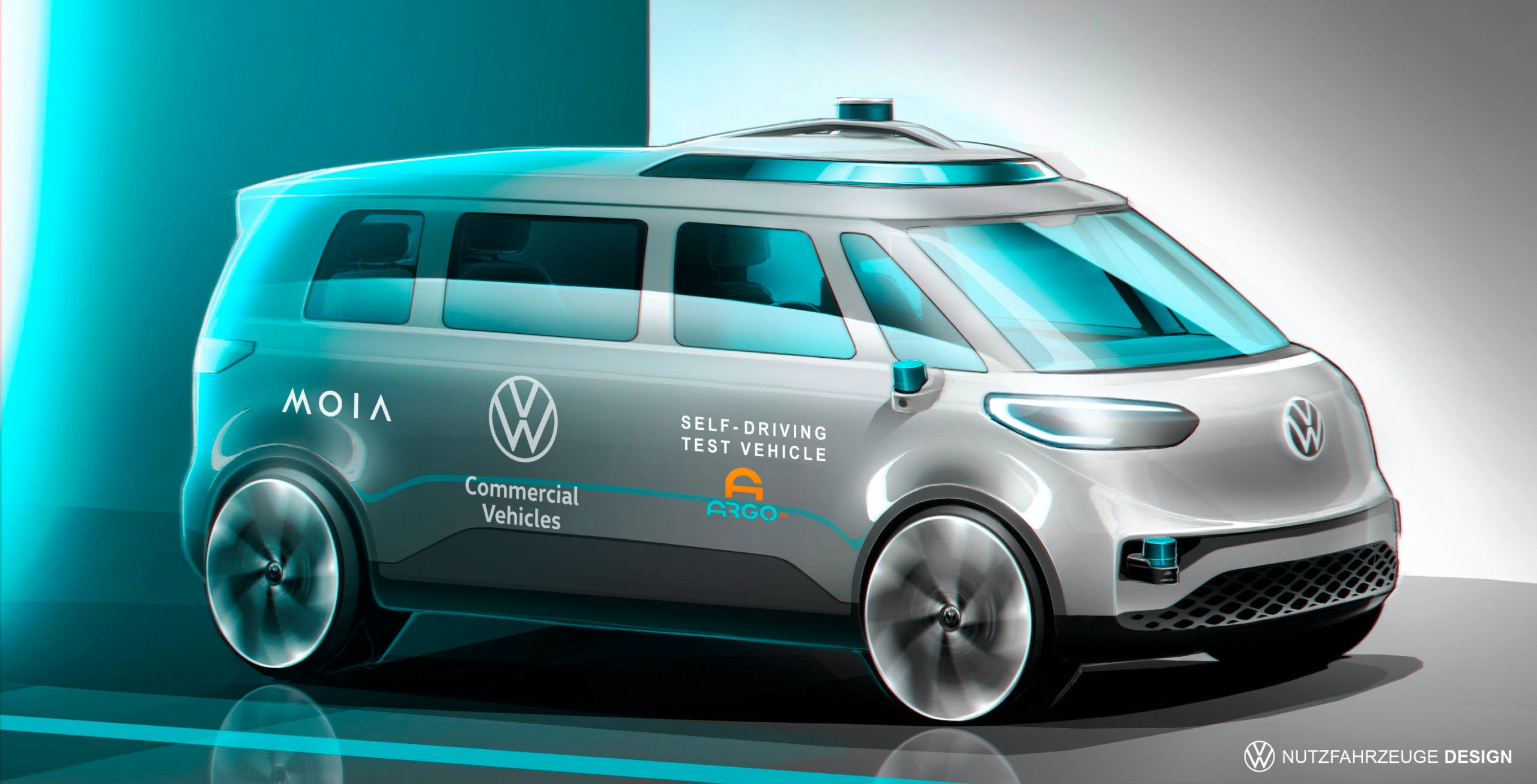 Volkswagen subsidiary MOIA has announced the development of autonomous prototypes based on the upcoming ID. Buzz is well on the way. Operations will commence this summer as Volkswagen’s commercial vehicle division focuses on vans equipped with level four self-driving technology. Our aim with the self-driving version of the ID. Buzz is to facilitate commercial deployment of transport and delivery services starting in 2025,” explained Christian Senger, director of Volkswagen commercial vehicles’ van division. “In select cities, customers will be able to have a self-driving vehicle take them to their destination. The delivery of goods and packages will also be made much easier through our autonomous driving service.”

To facilitate the integration of autonomous technology into the upcoming ID. Buzz, Volkswagen Commercial Vehicles created a dedicated arm for that purpose and partnered with Argo AI to aid in its development. “We believe Argo AI has the largest urban self-driving testing footprint, with operations in six cities in the United States,” said Brian Salesky, founder, and CEO of Argo AI. “We are excited to begin testing our self-driving system on European roads later this year, building on the initial work we’re doing now at a new test track we established next to the Munich airport.”

A combination of radar, camera, and lidar will be used to maximize safety on the autonomous vans. Argo AI will integrate its new lidar sensor dubbed Argo Lidar into Volkswagen’s commercial vehicles. This proprietary Geiger-mode lidar can see up to 400 meters of 1,312 feet away and detect the smallest light particle, which is a single photon.

By 2025, MOIA will be the first to use the Volkswagen ID. Buzz for commercial vehicle purposes. “Within a very short time, we have set up Europe’s largest, all-electric ride pooling service and provided mobility to millions of passengers,” said MOIA CEO Robert Henrich. “We bring this expertise to the cooperation with Volkswagen Commercial Vehicles and Argo AI.” The first city to offer autonomous ride-sharing service using the ID. Buzz will be in Hamburg, Germany where MOIA is the largest provider.