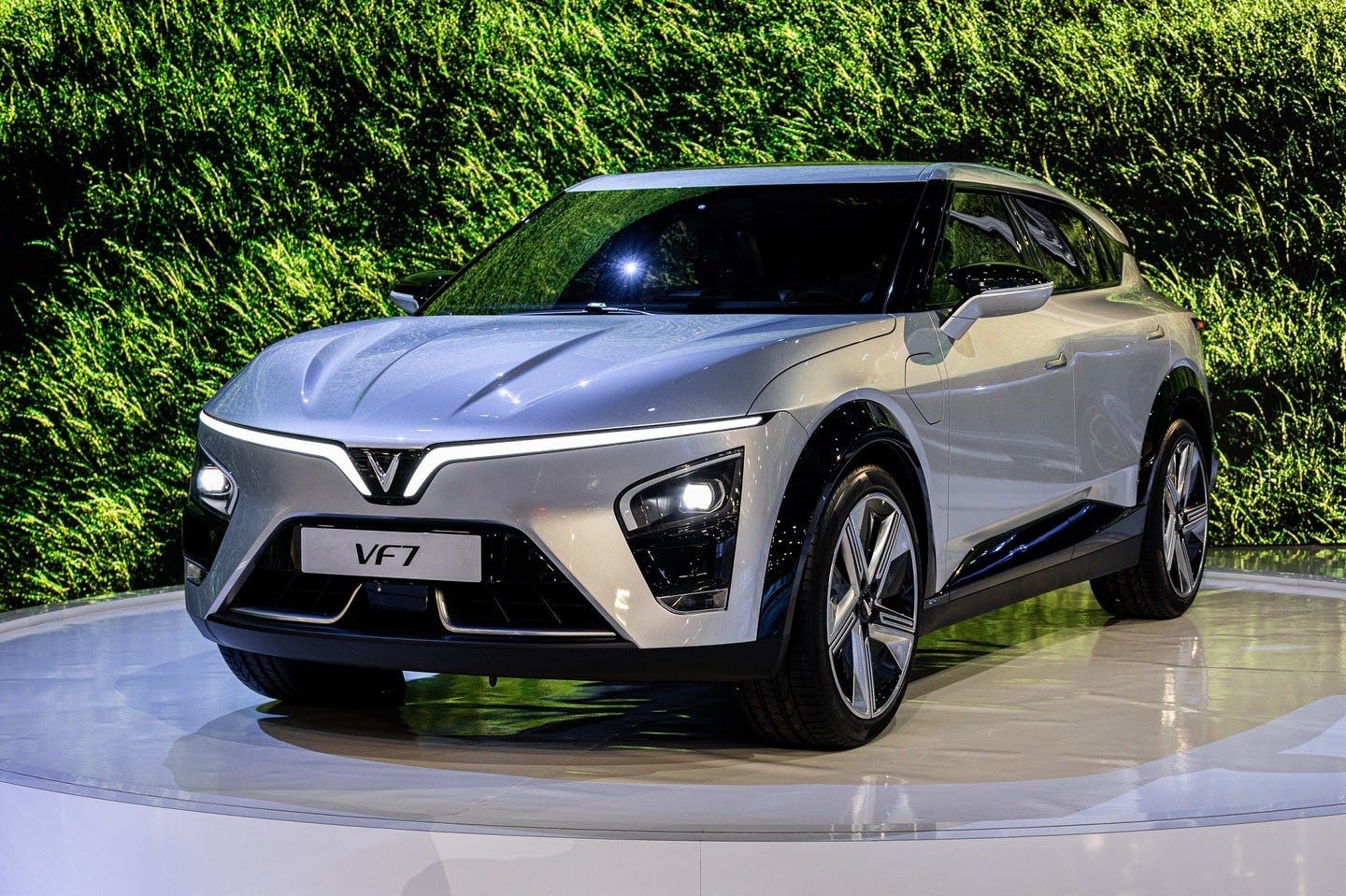 Hot on the heels of its U.S. debut at the 2021 Los Angeles Auto Show, Vietnamese automaker VinFast used the 2022 CES Show to announce that it will stop producing vehicles with internal combustion engines at the end of 2022. The company noted that it will pivot to battery-electric powertrains, making it one of the first automakers to make the complete switch. VinFast also launched its full EV lineup, which spans everything from the subcompact to the full-size segment.

The smallest VinFast vehicle is a city-sized crossover called the VF 5 and slotting above it is the VF 6. Entering in one of the hottest segments is the VF 7, a compact SUV, which will likely be the brand’s volume model. The VF e35 and VF e36 that debuted at the 2021 Los Angeles Auto Show have been renamed VF 8 and VF 9 respectively. These are both mid-size models, the latter of which appears to have three rows of seating. VinFast says the change in name for its two largest models is to reflect its commitment to electrification since every model it will sell in the U.S. is electrified. All five vehicles will be designed in collaboration with Pininfarina and Torino Design.

The VF 8 and VF 9 will also be equipped with level 2+ semi-autonomous driving assistance features for the Eco and Plus grades. Upper trims will get level 3 to 4 systems. They’ll also feature Smart Home, Mobile Office, In-Car Shopping, In-Car Entertainment, and other telematics features to add convenience.

“VinFast envisions a sustainable future for people and the planet through green, clean and safe mobility. This is a future built on intelligent services, outstanding customer experience, and a deep care for the planet and future generations,” said Le Thi Thu Thuy, Vice-Chair of Vingroup and Global CEO of VinFast. VinFast is committed to innovative vehicle design, quality, and technology, along with excellent customer service. We even aspire to greater achievements — to be one of the leading electric vehicle manufacturers in the world while inspiring our customers to be boundless together and join hands in the electric vehicle revolution, creating a sustainable future for all.”

Pricing for two of VinFast’s models has also been announced at the 2022 CES Show. The VF 8 will start at $41,000 in the U.S. while the larger VF 9 checks in at $56,000. VinFast will also include a 10-year/200,000 km (125,00 miles) warranty. During the first three-month period of 2022, the company will launch a membership program called VinFirst — Pioneer’s Gratitude to Pioneers. This will offer early-bird reservation holders several perks and benefits, which include a free VinFast portable charger, a seven-day resort tour package for four in Vietnam, and the inclusion of the ADAS and Smart Services packages.

VinFast will be the first EV maker to use blockchain technology to receive orders and confirm vehicle ownership. Additional incentives for customers in the U.S. may be added later for those joining the VinFirst program. Early reservations can also be refunded, gifted, or transferred starting April 6, 2022.

In addition to pricing for the VF 8 and VF 9, VinFast also announced its battery leasing program with two subscription plans. The Flexible program has a minimum subscription fee of 300 miles per month and will start costing extra after the 301st mile. Its second option is the Fixed plan, which gives you unlimited miles. VinFast says the cost of driving its EVs is equal to gasoline costs in the markets it will compete in and the company will also cover expenses related to battery maintenance and replace used batteries for free if charging and discharging capacity drops under 70 percent.

Reservations for the VinFast VF 8 and VF 9 officially started at 5 p.m. on Jan. 5.

Written by Stefan Ogbac
Follow Author
RELATED ARTICLES
2022 Hyundai Ioniq 5 EPA-rated up to 303 miles
$30,000 Chevrolet crossover will be powered by Ultium
2024 Volkswagen ID. Buzz will reportedly get three versions
Do I need a Level 2 home charger for my Toyota Prius Prime?
RELATED ARTICLES
JOIN THE EV PULSE NEWSLETTER
Receive weekly updates on each of our electrifying articles.