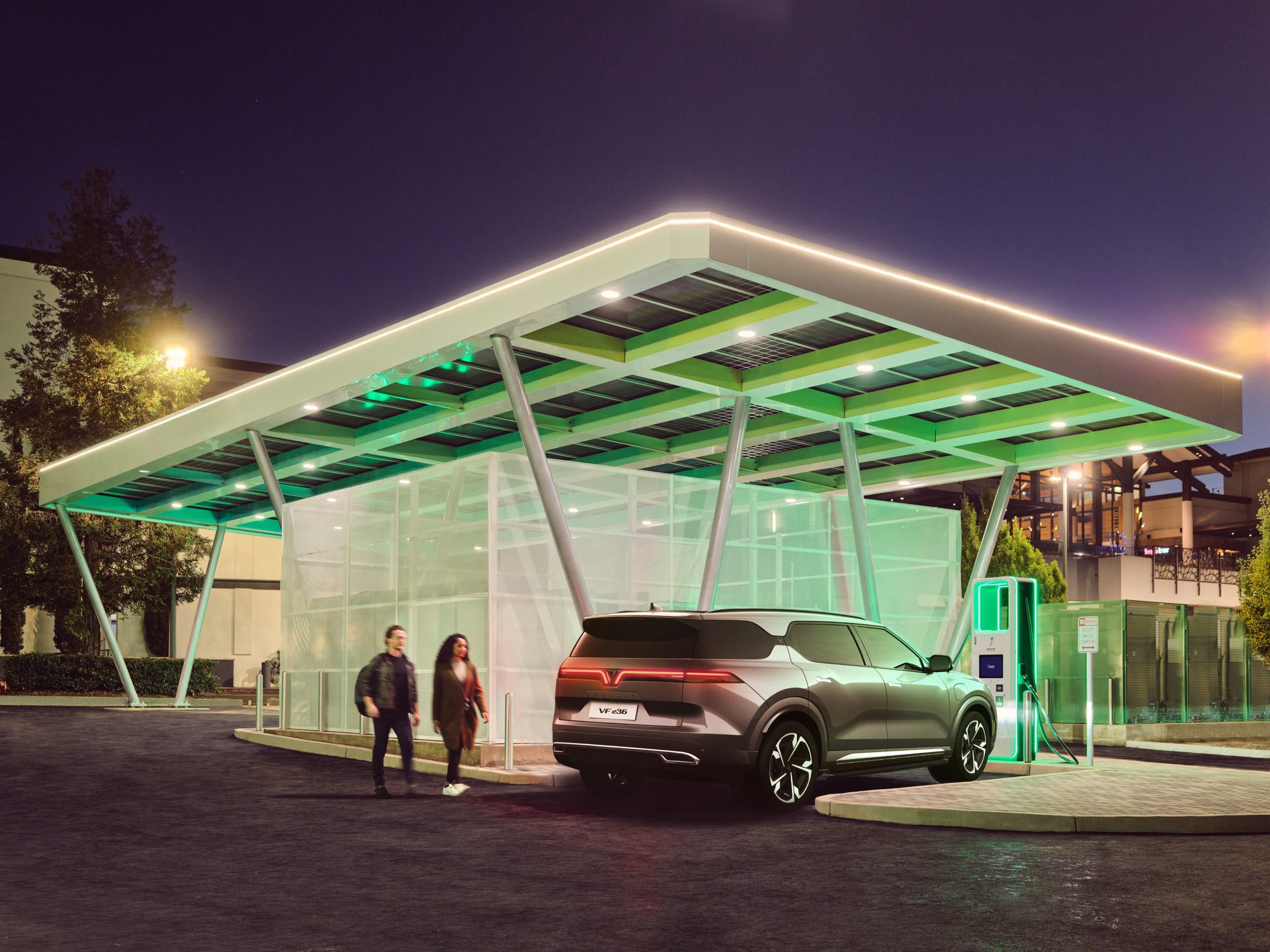 Vinfast and Electrify America have announced an agreement that will give owners of the upcoming VF 8 and VF 9 crossovers two free complimentary charging sessions. In addition, Vinfast vehicles will also get access to Electrify America’s coast-to-coast network via the Vinfast mobile app. As the Vietnamese company prepares to enter the U.S. market, it’s ensuring that early adopters have as many tools as possible to make the ownership experience easier.

Both Vinfast models that will be initially sold in the U.S. will have the Plug & Charge capability. That means there’s no need to interact with the display on the charger to pay for your session. Owners of the VF 8 and VF 9 will simply need to plug their vehicle in at Electrify America’s stations across the U.S. once their billing information has been set up on the Vinfast app.

“Through our premium, smart, and environmentally-friendly vehicles, our goal is to reduce range and charging anxiety and help the world switch to cleaner, more sustainable transportation,” said Craig Westbrook, Chief Service Officer of VinFast US. “We’re excited to work with Electrify America on this shared goal of future electric mobility.”

Vinfast announced earlier this year that it will open its first North American factory in North Carolina. It recently signed a memorandum of understanding with the government of North Carolina to build the new facility that covers 1,977 acres and will be located at the Innovation Point mega site in Chatham County. Three sites will be included, a battery production zone, an assembly area for battery-electric vehicles, and ancillary industries areas for suppliers. The first phase of construction starts in 2022 once permits are granted. Production is set to begin in July 2024 with a capacity of 150,000 vehicles per year with more investments coming after the completion of phase one. Initially, the VF 8 and VF 9 will be built at the North Carolina plant.

The Vinfast lineup will eventually consist of five crossovers. It kicks off with the city-sized VF 5 built specifically for regions like Asia and Europe where roads are tight and narrow. Above that will be the VF 6, a subcompact SUV that will likely become the entry-level model for the U.S. market. The VF 7 will compete in the compact segment and has the potential to become Vinfast’s volume model in the region.

Finally, you have the two larger vehicles that will launch first in the U.S., the VF 8 and VF 9. The former is a five-passenger mid-size crossover priced from $40,700 to $48,000 depending on the battery you get. It can travel between 260 to 292 miles per charge depending on which battery you get and whether you choose the Plus or Eco configuration.

The larger three-row VF 9 will be the flagship model in Vinfast’s U.S. lineup. Like the VF 8, you can get it in Eco or Plus variants and two battery types. On a single charge, the VF 9 can travel between 262 to 369 miles depending on the version and battery you pick. Vinfast will also offer a battery subscription service for the VF 8 and VF 9 with either a flexible or fixed plan to cater to different needs.