Two 2022 Toyota Tundra Hybrids to be auctioned at Barrett-Jackson for U.S. Paralympic Fund 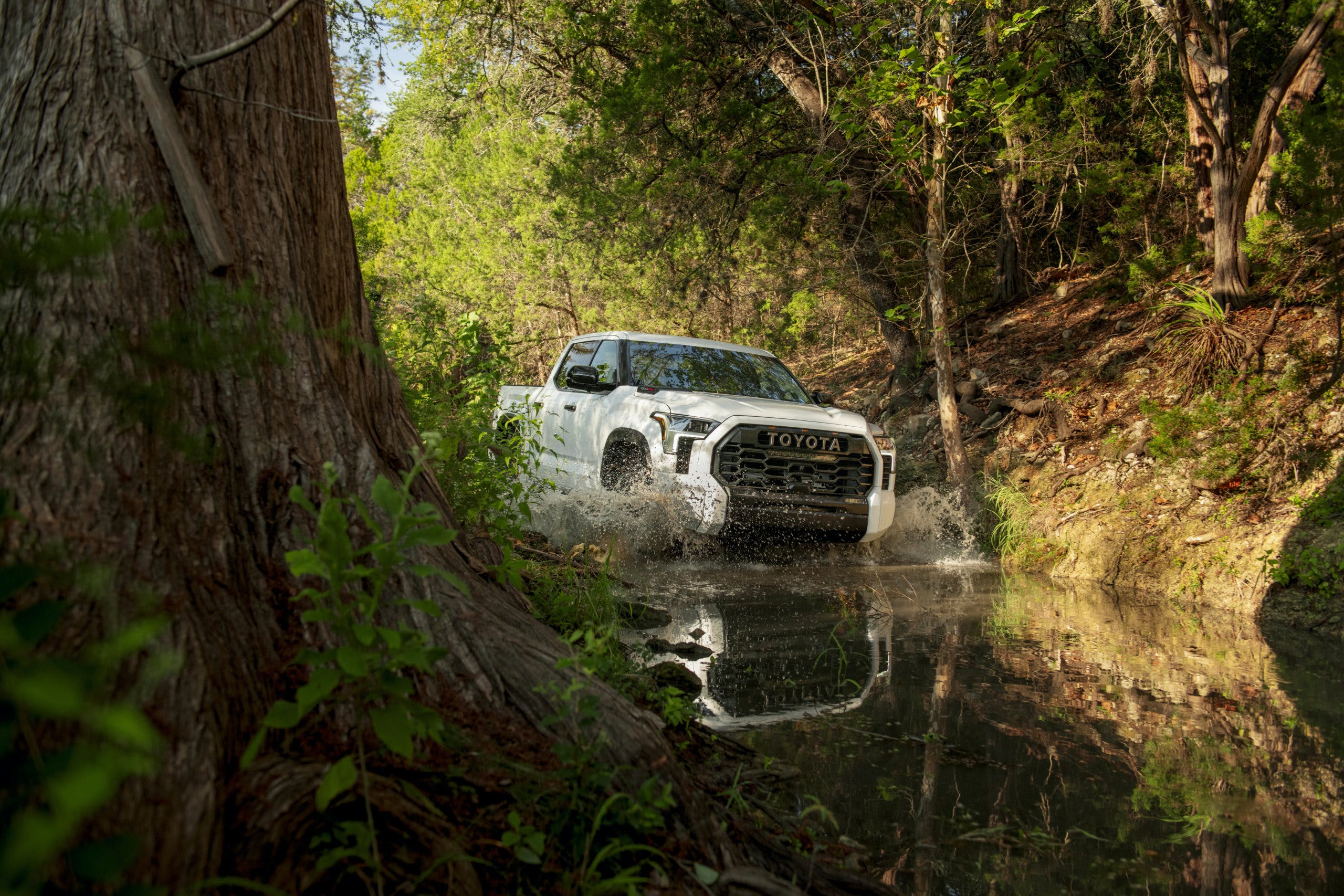 The Barrett-Jackson auctions are a place where you’ll find rare and unique vehicles being sold at insanely high prices. However, it is also a place for automakers to do something special for new models that are about to go on sale. Toyota is doing just that with the Tundra Capstone and TRD Pro models. Assembled in San Antonio, Texas, the 2022 Toyota Tundra is the first iteration of the full-size truck to get an electrified powertrain option.

At the 2022 Barrett-Jackson auctions in Scottsdale, Arizona, the first two examples of the 2022 Toyota Tundra equipped with the i-Force Max hybrid powertrain will be auctioned. The entire selling price will benefit the Toyota U.S. Paralympic Fun, which directly impacts the lives of eligible Paralympic athletes aiming to compete at the 2022 Paralympic Winter Games in Beijing, China, and those who participated at the 2020 event in Tokyo, Japan. Over 430 athletes and hopefuls have received direct support from Toyota U.S. Paralympic Fun, which has raised over $3.7 million from nationwide contributions including Toyota dealers.

The two Tundra models are special because they are the first Capstone and second TRD Pro examples to roll off the assembly line of Toyota Motor Manufacturing San Antonio. Available exclusively as a 4WD crew cab with a 5.5-foot bed, the Tundra TRD Pro is the most capable model when the pavement ends. It features an electronic locking rear differential, Multi-Terrain Select, CRAWL Control, Fox off-road shocks, a TRD front skid plate, a TRD anti-roll bar, and a 1.1-inch suspension lift.

The Tundra Capstone is the most luxurious version of the truck to date. On the exterior, it gets a healthy amount of chrome plus power-retractable running boards, 22-inch alloy wheels, and body-colored grille outlines. Inside, the Capstone gets semi-aniline perforated leather upholstery in two-tone black and white, open-pore Dark American Walnut trim, an illuminated Capstone logo, and acoustic glass front doors. For improved ride comfort, the Adaptive Variable Suspension (AVS) with load-leveling rear air suspension is also standard. That adds additional drive modes including Sport S+ and Custom. Like the TRD Pro, the Tundra Capstone is only offered as a crew cab with a 5.5-foot bed.

Both the TRD Pro and Capstone get the i-Force Max hybrid system as standard. It couples a 3.5-liter twin-turbo V6 with an electric motor, a 10-speed automatic transmission, and a nickel-metal-hydride battery. The combined output is 437 hp and 583 lb-ft of torque. Capstone models have a maximum towing and payload capacity of 10,340 and 1,485 pounds respectively. TRD Pro models can tow up to 11,170 pounds or carry up to 1,600 pounds of payload.

The 2022 Toyota Tundra TRD Pro will be the first to cross the auction block on Friday, Jan. 28 at Lot 3005. It’s the second TRD Pro coming off the production line as indicated by its vehicle identification number (VIN), VIN 002. On Saturday, the Tundra Capstone will cross the auction block. This example is the first example made wearing VIN 001. Those looking to buy an electrified Tundra will need to wait until this spring when the i-Force Max officially goes on sale at Toyota dealers across the U.S.