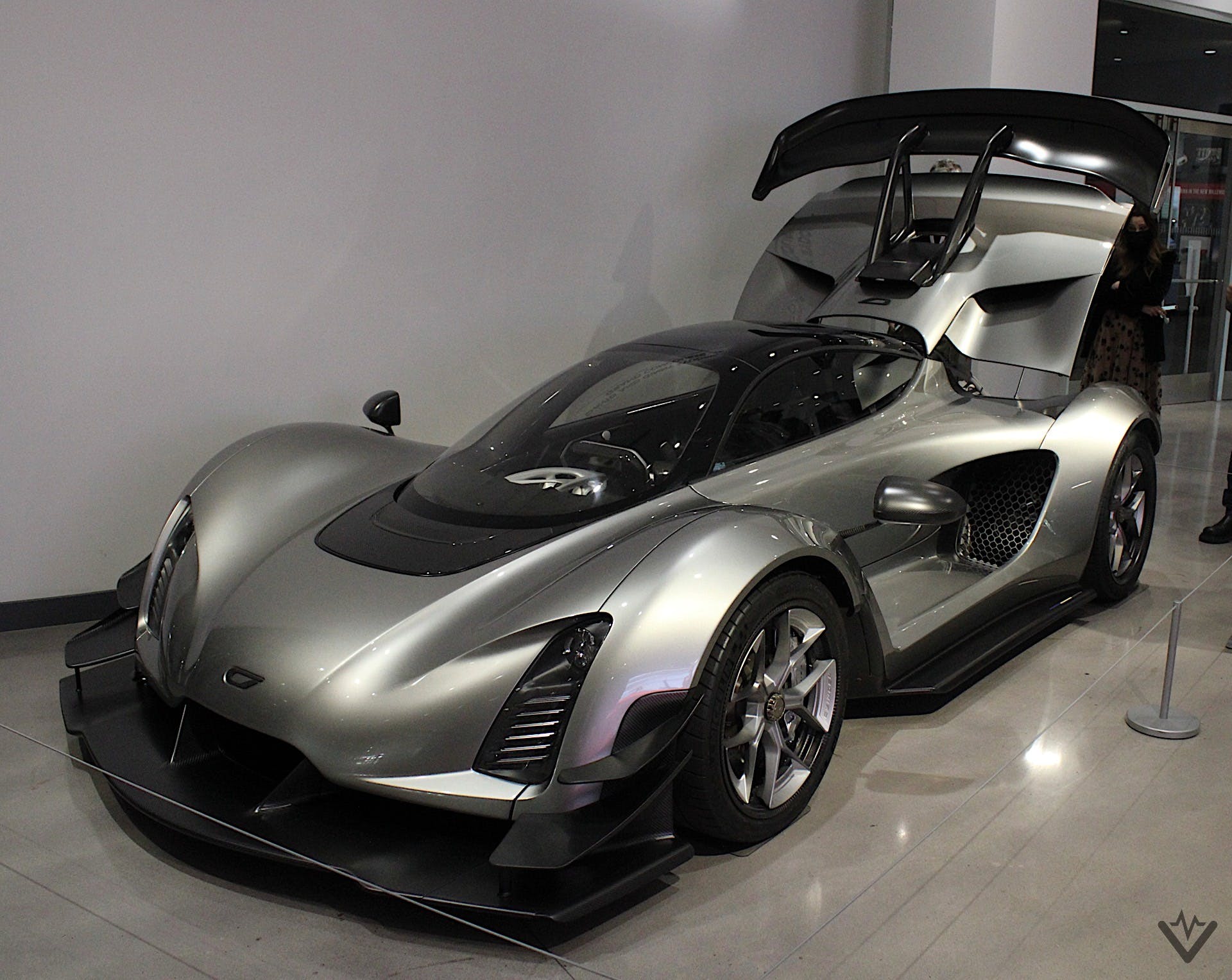 Ever thought you can make a car out of 3D printing? Well, a small skunk works in Los Angeles, California just did. The Czinger 21C is a unique hypercar in that it makes extensive use of 3D printing for its components and an artificial intelligence-based production process that the company developed in-house. It’s a different take on vehicle production because software plays a key role in getting the car to look like that and perform as intended. The parts are shaped by a unique Divergent Adaptive Production System that plots and designs their ideal shape.

As a result, the Czinger 21C’s parts are different from your typical car on the road. For instance, its upper control arm is hollow with internal structures, cutting weight by a significant amount versus a similar part built in a more conventional method. Even components within the engine bay are made of 3D printed parts. Together with lots of carbon fiber and other lightweight materials, the 21C has a curb weight of under 1,240 kg or around 2,734 pounds. To put that into perspective, that’s lighter than many sports cars on the market including the Toyota GR86 and Subaru BRZ.

Powering the Czinger 21C is a hybrid system that couples a mid-mounted 2.88-liter flat-plane crank twin-turbo V8 with two electric motors, one on each front wheel, and a lithium-titanate battery. An 800-volt architecture supports the powertrain and allows for regenerative braking and charging. The total output is a whopping 1,250 hp, giving the 21C a top speed of 281 mph and a sky-high redline of 11,000 rpm. All of that power goes through a seven-speed sequential automatic transmission. Czinger says it can hit 100 km/h (62 mph) in 1.9 seconds, putting it in line with many new hypercars. Both electric motors are also capable of providing torque vectoring.

The V8 engine is unique because it was developed in-house as part of the hybrid system. Additionally, it was also designed to use a wide variety of fuels including carbon recycled methanol and other types of e-fuels, turning the 21C into a zero-emissions vehicle. Both turbochargers are located in the middle of the valley of the engine, resulting in a hot-vee setup.

Seeing one of the first examples at the Petersen Automotive Museum is like looking at a sci-fi spacecraft turned into a race car for the road. Between the massive tires and the unique Tron-like front fascia, the 21C stands out even in the presence of other cars with otherworldly designs. Its cockpit-like passenger compartment adds to the futuristic aura it exudes, especially with its seating configuration that resembles a fighter jet since the passenger is sitting directly behind the driver. Unfortunately, we weren’t able to open the butterfly doors due to the car not being powered while it was on display. Depending on the version you get, the 21C will come with a giant wing on the high downforce model or a smaller one if you opt for the low drag version.

Czinger will offer a wide range of personalization options on the 21C, allowing you to commission the vehicle exactly to your liking. This is just the first in a family of performance vehicles. In total, only 80 examples of the Czinger 21C will be built regardless of whether you get the high downforce or low drag mode. Production will take place in Los Angeles at Czinger’s facility in the Torrance area. The first deliveries are expected to take place in 2023.