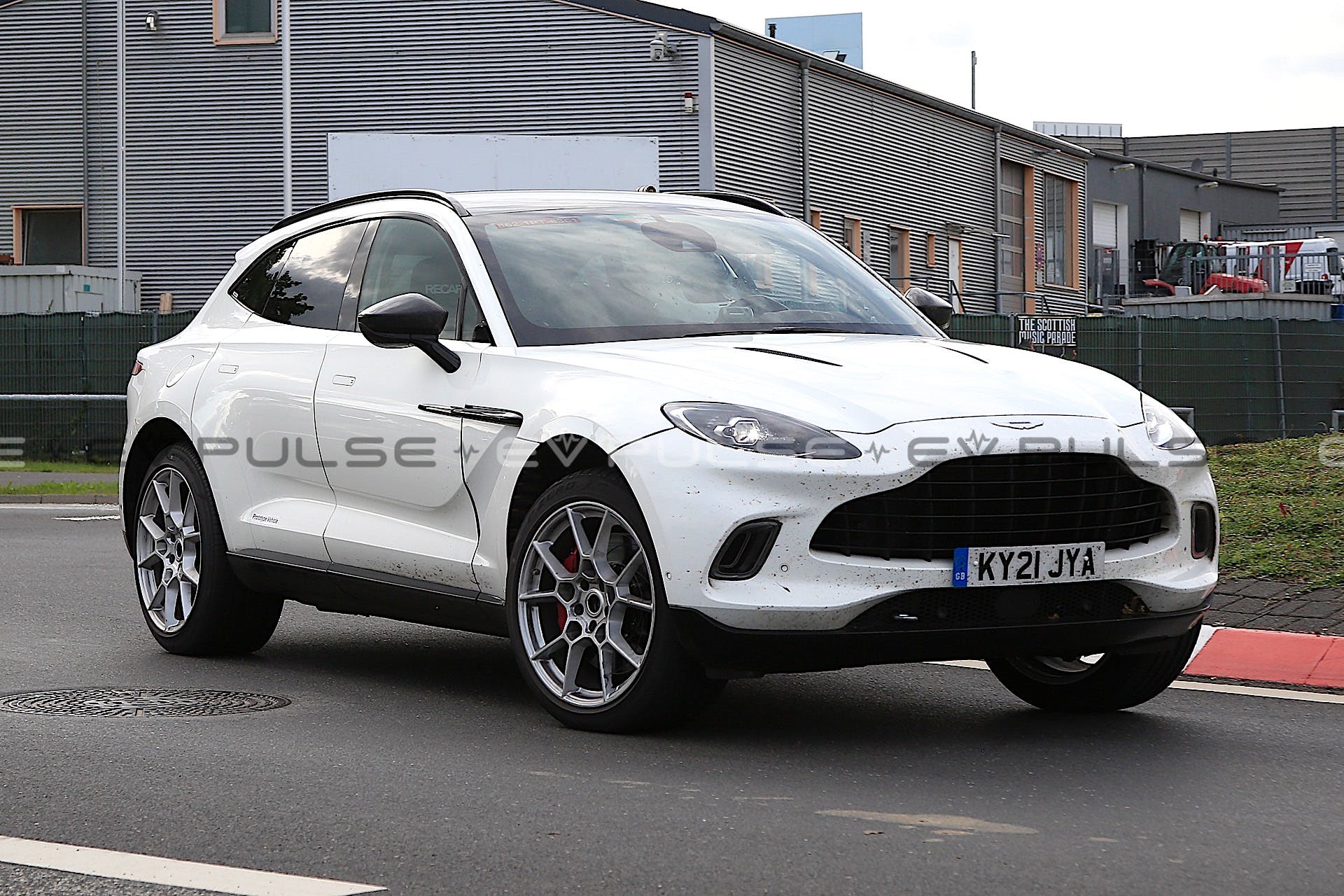 In the past couple of years, Aston Martin realized that in order to attract more customers to the brand, the company would have to sell an SUV. The DBX is the culmination of the brand’s sporting and luxury heritage with practical features for a modern family. One thing the DBX doesn’t have, though, is a hybrid.

While we know that the company is working on one, here’s our first look at a hybrid-powered DBX in the flesh. Caught testing near the famous Nürburgring, this white DBX has a unique powertrain underneath the bonnet.

We know it’s a hybrid because of the yellow sticker. Featured on some other spy shots that we’ve shown you recently, the yellow dot tells the Nürburgring fire department that the car has high powered electrical components.

There is no plug power on the exterior of the vehicle, so it’s possible that this is a V6-powered hybrid vehicle. It’s also possible that this DBX prototype just doesn’t have a charge port on the exterior of the vehicle yet, and that it’s a PHEV in disguise. On some PHEVs, the charge port is in the rear seat and the charging cable is run through a down passenger-side window back at the garage.

If it is the PHEV variant, it might be one of the most powerful SUVs on the planet. With a powertrain from Mercedes-AMG, the PHEV could be in the 700 to 800 horsepower range. This super SUV would make more power than the premium luxury alternatives, and even dwarf the sporty Lamborghini Urus.

A hybrid V6 might also be on board this prototype for a more “mainstream” buyer. It wouldn’t be slow, with 400 horsepower or more on tap, it just wouldn’t be the flagship DBX product. But in order to meet future European emissions requirements, electrification needs to be the norm and not the exception.

We’ll likely learn more about this hybrid in the near future, but in the meantime check out the beautiful DBX in our gallery below.