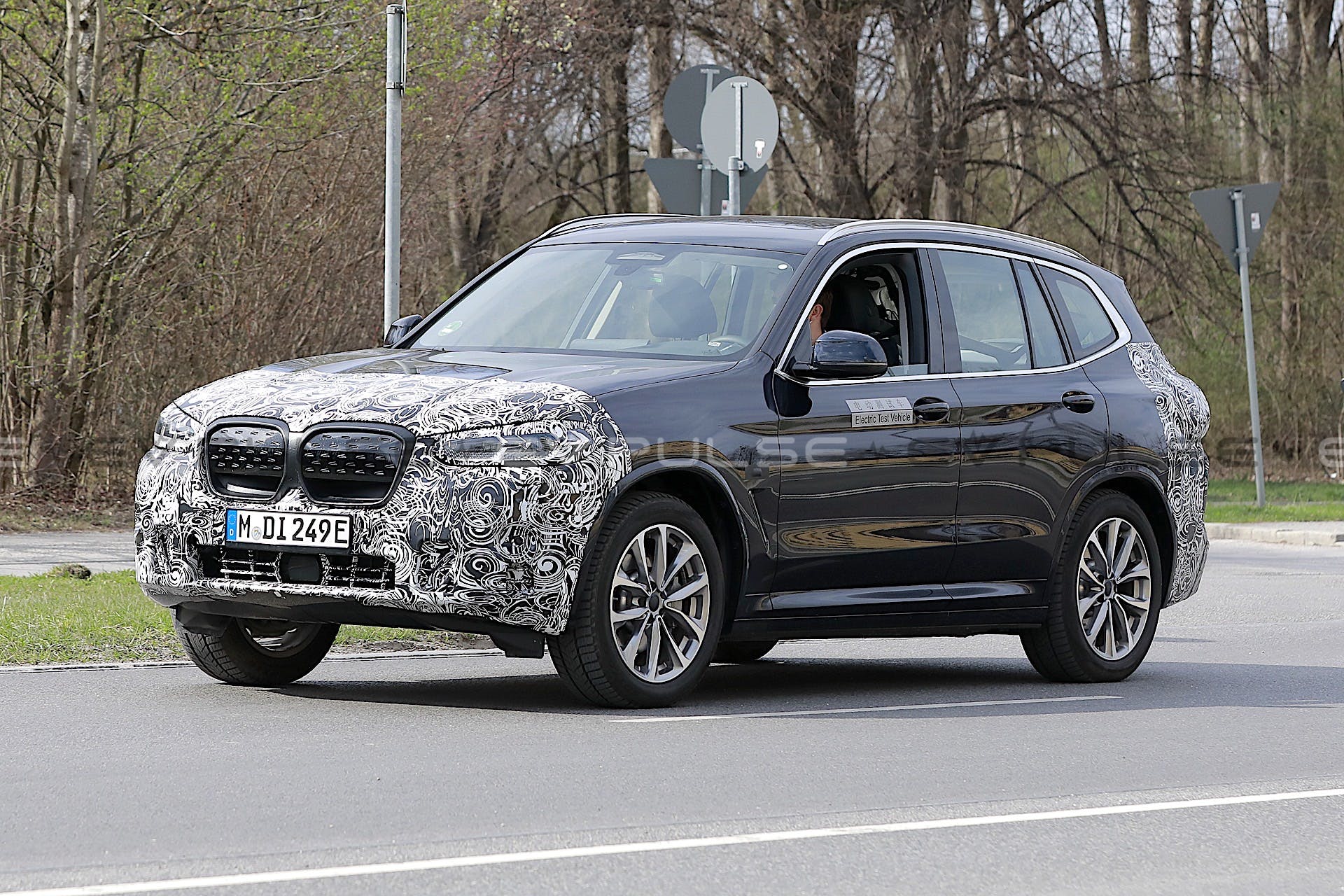 The BMW iX3 is about to get a refresh and prototypes have been spotted running around Germany. Some of the key changes are mostly cosmetic but it appears they’re telling a completely different story. Why? Because the changes hint that a new powertrain option may be on the horizon.

Looking closely at the iX3 prototype caught by spy photographers, you can see through the swirly covering that it’s got the same bumpers found on the M Performance models. The closed kidney grille also has the same pattern as the one found in the internal combustion X3 M40i. Its wheels, however, came out of a standard X3 but it appears to be wearing meaty rubber, hinting that this isn’t your average iX3 test mule.

When BMW first released the iX3, it came only in single-motor configuration with 286 hp and 295 lb-ft of torque. The battery used is an 80-kWh lithium-ion unit that can be charged at speeds of up to 150 kW allowing it to get to 80 percent in 34 minutes. In the WLTP cycle, the iX3 is good for 285 miles per charge. The refreshed model could finally add a dual-motor version, which should get significantly more power to compete with the Audi e-tron Quattro. However, that will come at the cost of range.

Due to the impending arrival of the BMW iX and i4, don’t expect the BMW iX3 to enter the U.S. market anytime soon. BMW may wait until the next generation X3 arrives to add an all-electric X3, which should come after the third-generation X1 that’s also slated to get an EV version.